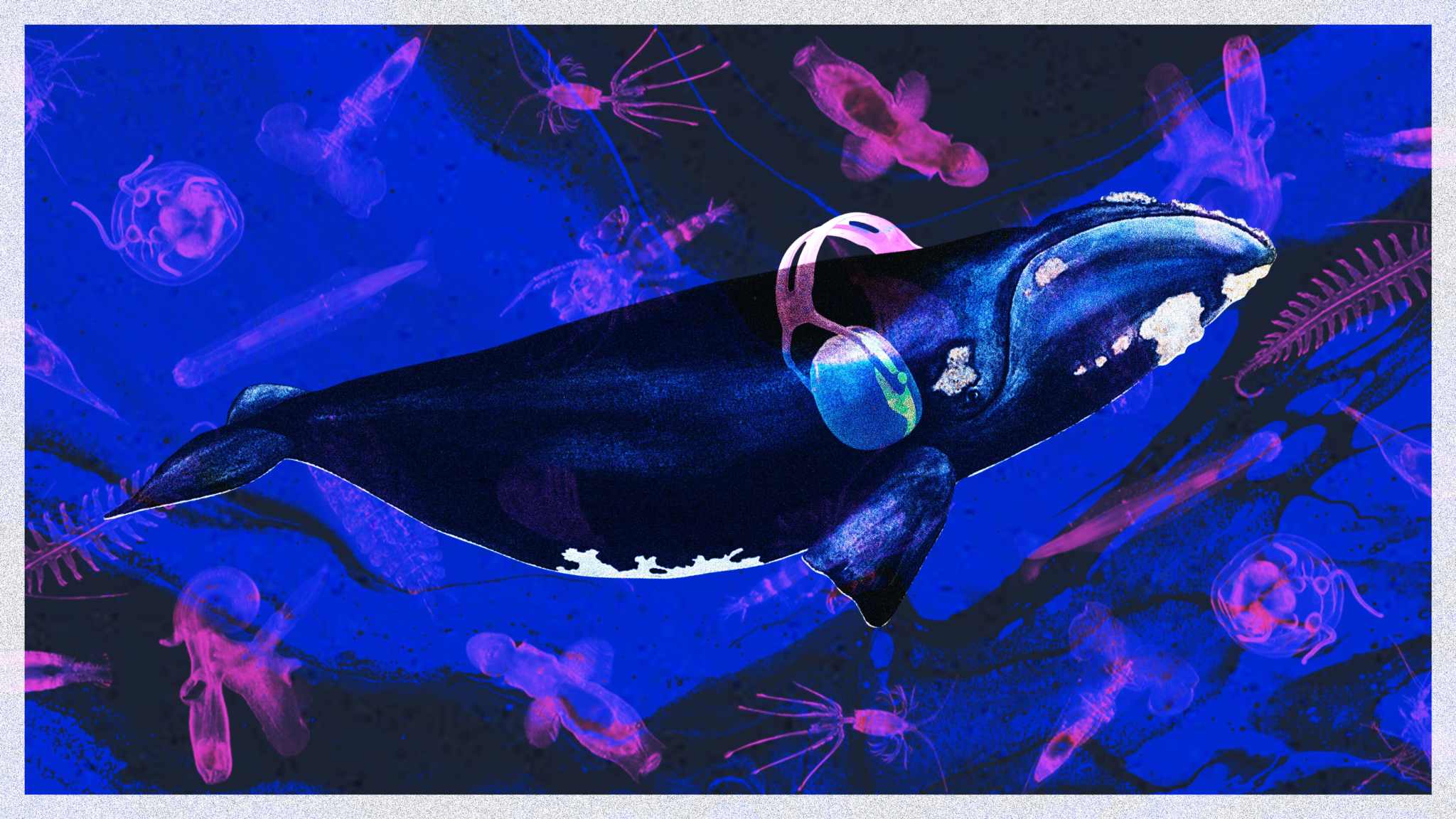 Off the coast of Newfoundland and Labrador is an abundance of marine life — humpback whales, white-sided dolphins, lobster, mackerel and more — under threat from increased oil and gas activity in the ocean.

It’s well-proven oil and gas production puts marine life at risk. But there is also damage done by oil exploration when companies conduct seismic surveys and exploratory drilling to look for fossil fuel deposits. That stage undergoes less environmental scrutiny than actual projects and can have tremendous impacts on the environment, said Sarah Giltz, a marine scientist at Oceana specializing in the effects of offshore drilling.

That’s what makes Newfoundland and Labrador’s plan to double offshore oil and gas production by the end of the decade so concerning to Giltz. Even if new projects aren’t approved, the current uptick in offshore exploratory licences is bad news for plants and animals in the Atlantic, she notes. In 2023, exploratory bid parcels spanning an area nearly the size of New Brunswick will be awarded to companies by the Canada-Newfoundland and Labrador Offshore Petroleum Board (C-NLOPB), the joint federal-provincial regulator.

The risks start once a company gets the OK to explore, allowing it to conduct seismic surveys in its parcel area. Airguns towed behind ships bounce airwaves into the seabed floor to give receivers a sense of where oil and gas deposits are. Depending on how long it takes for the airwave to return to the sensors, companies are able to map subsea formations, which could contain fossil fuels.

The blasts, which are 100,000 times louder than a jet engine, are repeated every 10 seconds, all day, for up to months at a time as the boat navigates the exploration area. The only noise louder than a seismic airgun offshore is a military-grade explosive, said Giltz, referencing a paper from Scripps Institution of Oceanography that identified a ship shock trial (a 1,000-pound explosive detonated underwater) and a Torpedo MK-46 T — used by the U.S. Navy to attack submarines — as the only devices emitting more decibels. Numerous devices are quieter than airguns, such as hydraulic pile-driving hammers.

Seismic surveys impact marine life in different ways. Whales and dolphins can experience hearing loss from seismic activity, which limits their ability to find food and communicate. It can also scare them away from their habitat: a 2019 study found an 88 per cent decrease in sightings of baleen whales (such as humpbacks, which have no teeth), and a 53 per cent decrease in sightings of toothed whales (dolphins, for example) during seismic surveys in the northeast Atlantic Ocean.

Giltz notes the Atlantic right whale, an extremely endangered species with an estimated population of 350, can lose the ability to communicate with its calves during seismic testing. Overall, the testing increases stress in whales and dolphins, which, in turn, impacts reproduction rates and makes them less likely to birth healthy calves, she added.

It’s not surprising, she said, when you consider testing can also destroy eggs and larvae from cod and other fish species, and scare them away from feeding grounds. Unfortunately, there is little research on how seismic testing affects fish populations, said Giltz, but she noted the blasts have been known to kill zooplankton — a vital part of the marine food chain — at distances of up to 1.2 kilometres away.

Depending on ocean depth, a temporary barge, rig or ship goes out and drills into the ocean floor to pump oil up from the deposit. At this stage, many of the same concerns critics have with oil production overlap — the risk of a spill and the effect ongoing activity has on the ecosystem.

The 2010 BP Deepwater Horizon spill, the largest in U.S. history, came from an exploratory well. According to the Center for Biological Diversity, the spill, which killed 11 people, "likely harmed or killed about 82,000 birds of 102 species; about 6,165 sea turtles; as many as 25,900 marine mammals; and a vast (but unknown) number of fish — from the great bluefin tuna to our nation's smallest seahorse — plus oysters, crabs, corals and other creatures."

“People were killed that day from the explosion, and hundreds of thousands of gallons of oil was released into the ocean,” said Giltz, who studied the aftermath of the spill.

“… So, of course, you have all those risks of oil spills: killing birds, fish and marine mammals and all the plants … shutting down fisheries and shutting down tourism and recreation in the area.”

How exploration flies under the regulatory radar

At the same time, the exploratory process undergoes less environmental scrutiny than oil and gas projects.

Although the petroleum board says environmental protection is “paramount” when considering bid areas, exploratory oil and gas drilling is exempt from the Impact Assessment Act, a federal process that examines environmental impacts of fossil fuel projects. After 2020’s regional assessment of offshore oil — the first federal assessment done under the newly enacted Impact Assessment Act — the Canadian government excluded exploratory activity for offshore oil to “improve the efficiency” of the department.

That move equates to an open-door policy for offshore oil and gas activity, said environmental groups opposing the decision. In January, Ecojustice, on behalf of the Sierra Club Canada Foundation, World Wildlife Fund Canada and Ecology Action Centre, appealed after a request for a judicial review of the offshore assessment was dismissed in December by the Federal Court of Canada. The Conseil des Innu de Ekuanitshit intervened in the initial case.

“​​… This assessment failed to adequately scrutinize the cumulative effects of exploratory oil and gas drilling, leaving marine ecosystems off the eastern coast of Newfoundland and Labrador and the communities that depend on them vulnerable to unchecked fossil fuel development,” Ian Miron, Ecojustice lawyer, told Canada’s National Observer at the time.

“As the climate emergency continues to escalate, Canada must recognize the harmful social and economic impacts of fossil fuels. An open-door policy to exploratory drilling is inconsistent with the urgent action needed for Canada to meet its critical climate targets.”

In a response to Canada's National Observer, C-NLOPB said it works closely with Fisheries and Oceans Canada to reduce the risk of exploratory activity, and that operators “must fulfil their obligations with respect to environmental monitoring and risk mitigation measures.”

All operators are required to follow mitigation measures for reducing seismic sound in marine environments, a C-NLOPB representative said in an email. These rules outline “measures for the planning and conduct of marine seismic surveys that are intended to prevent or minimize potential effects upon the natural environment” and include requirements for “monitoring of a safety zone for marine mammals and sea turtles; marine mammal observation and detection measures; prescribed start-up; and prescribed shut-down.”

After Bay du Nord’s green light, the same environmental groups launched a suit to try to overturn its environmental approval. The Mi’gmawe’l Tplu’taqnn Inc. (MTI), an organization representing eight Mi’gmaq communities in New Brunswick, joined in, citing the project will harm the environment, was unlawfully approved and should be overturned.

In an interview, Marcy Cloud, impact assessment co-ordinator at MTI, said projects happening in Newfoundland and Labrador’s offshore also affect Mi’gmaq communities in New Brunswick, which is why they took an interest in Bay du Nord — specifically, the impact the project could have on Atlantic salmon, now listed as “endangered” under Canada's Species at Risk Act. Also detailed in a 2021 submission to the Impact Assessment Agency were “the evident shortcomings of [Equinor’s environmental impact statement] with respect to integration of Mi’gmaq Indigenous Knowledge.”

“Our main concern with projects in the offshore of Newfoundland is the salmon that pass through the project areas, to and from Greenland, when they travel there,” she said.

“And the salmon are so important in our communities. We always say: It's not just a food source. It's not just like a ceremonial or social thing. It's innate to who the Mi'kmaq are.”

Overall, Cloud said there needs to be more in-depth research and consultation on the impact the offshore oil industry will have on the surrounding environment, but that the sector’s plan to expand the industry doesn’t align with climate goals.

“We have so many other avenues and options now that we really should be moving away from [fossil fuels] and be more interested in the other sources of energy,” she said.