What Poilievre's landslide win means for social conservatives in his party 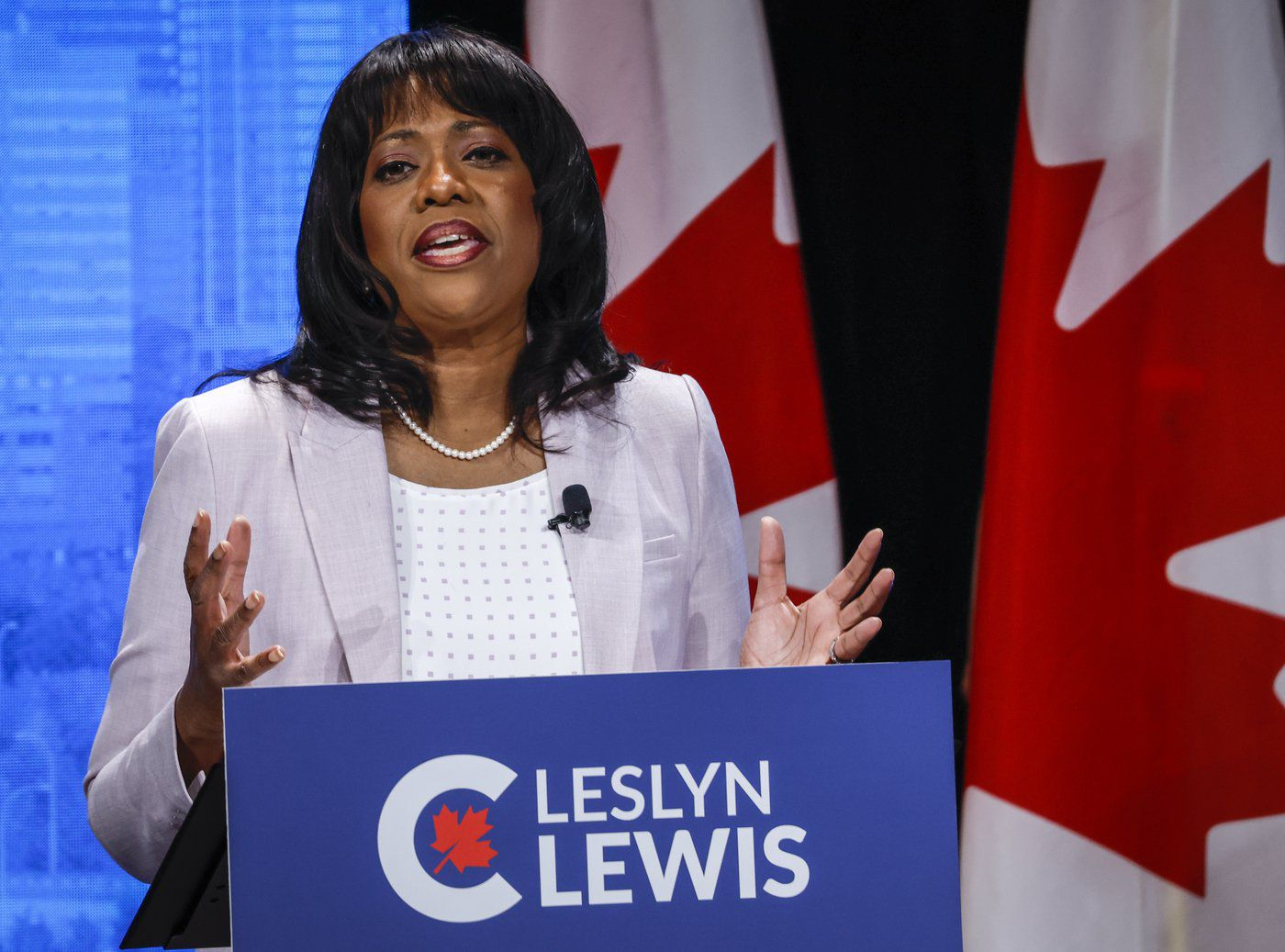 Candidate Leslyn Lewis makes a point at the Conservative Party of Canada English leadership debate in Edmonton, Alta., on Wednesday, May 11, 2022. File photo by The Canadian Press/Jeff McIntosh
Previous story

Pierre Poilievre's crushing win to become leader of the Conservative Party of Canada raises questions about the status and power of the party's social conservatives.

That well-mobilized part of the party's base has played an important role in helping previous leaders achieve power, with some calling them "kingmakers."

In the 2020 leadership contest, former leader Erin O'Toole directly appealed to social conservatives — broadly defined as those whose politics are informed by faith-based values, a belief in family and opposition to abortion — to choose him on the party's ranked ballot.

Andrew Scheer, who himself holds such views, was propelled to victory in the crowded 2017 race thanks to votes that came his way after other social conservative candidates were knocked out of the running.

But Poilievre is different. The 43-year-old longtime member of Parliament won on the first ballot with nearly 70 per cent of support.

Michael Diamond, a Conservative campaign strategist, said Poilievre won by appealing to many interests in the party all at once through a larger message, rather than courting specific groups through direct policy appeals.

Former Conservative MP Brad Trost was one of the social conservative candidates in the 2017 race whose support helped Scheer.

He said while Poilievre's win will elicit different views about what this means for the role of the social conservatives going forward, he believes the relationship may have become less complicated.

Trost said social conservative voters worried that Scheer and O'Toole would backtrack on the promises made during the leadership campaign once they were in power, and focused on appealing to Canadians more broadly.

O'Toole, for example, drew ire for abandoning a promise he made to protect the conscience rights of nurses and doctors when it comes to referring patients to services they disagreed with, such as abortion, gender-reassignment surgery or medical assistance in dying.

During the race, Poilievre vowed not to reopen the abortion debate but to continue to allow his party's caucus to have free votes on matters of conscience.

Still, Poilievre was not the top candidate for two anti-abortion organizations that encouraged supporters to buy memberships to help pick the next leader.

Both RightNow and Campaign Life Coalition endorsed Leslyn Lewis, who was the only candidate to promise some restrictions on abortion.

To the surprise of many, Lewis earned only about nine per cent of support from party members, placing third.

She entered the contest as a rookie MP riding on the popularity she gained during the 2020 contest, where she placed third but won Saskatchewan.

This time around, she faced off against the juggernaut that was Poilievre, who many members felt had a similar appeal, but with a much larger profile and more experience inside Parliament.

Steve Outhouse, Lewis's campaign manager, said the contest was unique because concerns over COVID-19 lockdowns and mandates played a large role, especially in social conservative circles, in some cases overshadowing their feelings toward abortion.

He said many voting members were directly affected by pandemic-related policies and felt there had been an overreach of government into personal medical decisions.

"Freedom was a top issue for them this voting cycle," Outhouse said.

"Pierre was very strong on those issues, and clearly a number of social conservatives felt comfortable putting their vote with Mr. Poilievre."

Lewis also campaigned hard against COVID-19 health measures, but Poilievre outsold her and every other candidate in party memberships.

Despite how Lewis's results appear, Outhouse said she made improvements from 2020. Her campaign said she earned more first-ballot support, raised more money and earned the endorsement of two more MPs.

Campaign Life Coalition and RightNow, the groups that backed her, said Poilievre should pick Lewis to serve in a prominent critic role as a sign of respect to the social conservative wing of that party.

Diamond said with his resounding victory, Poilievre already has the coalition's respect.

"He's free to build the team he wants."

This report by The Canadian Press was first published Sept. 14, 2022.