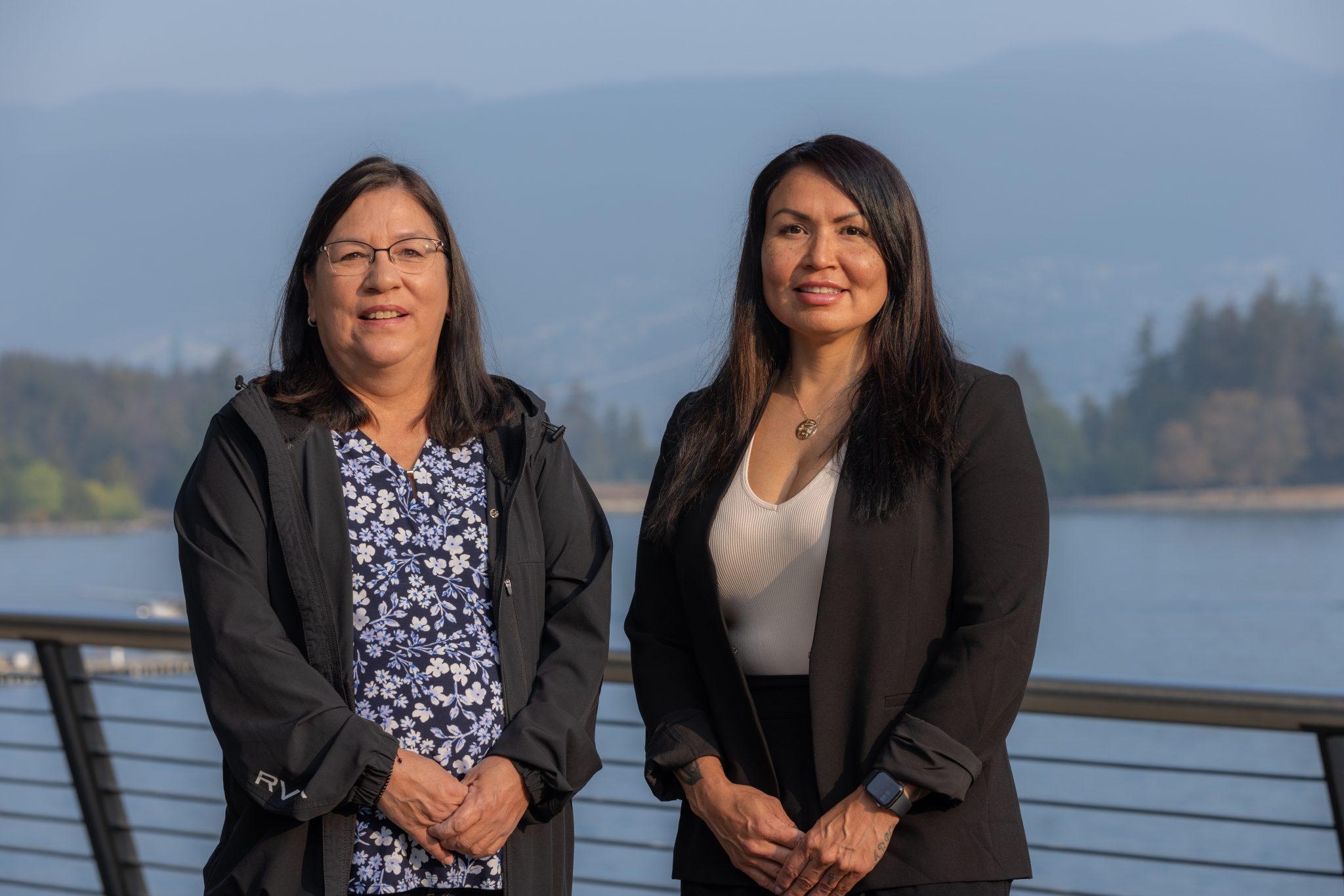 Chief Darlene Hunter (left) and Chief Coun. Crystal Smith (right) have developed a climate action plan as part of the First Nations Climate Initiative. Expanding carbon offsets and trading are among the actions. Photo courtesy of the FNCI
Previous story

Three First Nations in B.C. have released a climate action plan they believe will pave the way for a prosperous, carbon-friendly future. It focuses on finding ways for First Nations to benefit economically while transitioning to a less-polluting energy sector for local communities and global markets.

The First Nations Climate Initiative (FNCI), composed of the coastal Metlakatla, Nisga’a and Haisla nations, are now calling on the federal and provincial governments to adopt the proposal.

The plan was developed in collaboration with other First Nations, including Halfway River, Saik'uz, Saulteau, Stellat’en and West Moberly.

It will accelerate efforts to combat and adapt to climate change as well as reinforce a path towards a low-carbon economy while reducing poverty in First Nations communities, the FNCI says in a press release.

“First Nations consent is essential for development, and the energy transition needs to be implemented in partnership with First Nations,” Eva Clayton, president of the Nisga’a Nation and founding FNCI member, told Canada’s National Observer. “FNCI wants to see, for example, the expansion of energy infrastructure to include First Nations equity participation as well as in other climate solutions projects.”

The climate action plan lays out seven actions for both policy and investment, including expanding carbon offsets and trading and providing renewables to northern communities by expanding the northwest transmission grid that runs roughly from Terrace to Iskut, B.C.

Providing tax incentives and direct investments for low-carbon or negative-emission energy systems; creating and expanding programs that support First Nation investment in new infrastructure; and scaling carbon capture technology, bio-energy carbon capture and nature-based solutions developed by First Nations are among the other actions outlined in the plan.

“Climate policies and programs at all levels of government, including First Nations governments, are evolving quickly to meet stated 2030 and 2050 emission reduction goals,” Clayton says in a press release.

“Our Climate Action Plan outlines pathways that can meaningfully advance other government climate policies by making them more locally and globally significant while reducing poverty in First Nations communities, taking us closer to a recovering climate,” she adds.

“First Nations consent is essential for development, and the energy transition needs to be implemented in partnership with First Nations,” Eva Clayton, president of the Nisga’a Nation, told Canada's National Observer.

But the climate action plan isn’t calling for a complete end to fossil fuels.

It calls for the government to position Canadian gas as the cleanest in the world, meaning it would be produced with the fewest greenhouse gas emissions. All natural gas, regardless of how it's produced, creates emissions when it is burned by consumers to heat homes, generate electricity or power stoves, for example. The nations behind the plan are also asking to work with energy providers in Asia, particularly China, to support fuel switching from coal to gas to hydrogen.

Canada’s National Observer reported last month that the federal government’s strategy is to position itself as a key blue hydrogen supplier for global markets. Blue hydrogen is derived from natural gas and produced using carbon capture, as opposed to green hydrogen, which is developed from renewable sources.

When asked about Coastal GasLink, a natural gas pipeline under construction in northern B.C., including on unceded Wet’suwet’en territory, Chief Coun. Crystal Smith says the project has a significant greenhouse gas emissions profile that needs to reach net-zero through the policy and investments proposed in the climate plan.

To compensate for this continued use of fossil fuels, now and in the future, the plan proposes carbon trading and offsets.

The burgeoning carbon marketplace, where industry can purchase carbon storage in the form of wetlands or undisturbed forests to counter its greenhouse gas emissions, has just updated its regulations for a B.C.-specific carbon offset protocol in the past two years.

The greenhouse gas compliance for industry still doesn’t include carbon markets or offsets, according to the press release. The climate action plan calls for the federal government to align its carbon-pricing system to include offsets in order to expand the capacity of First Nations looking to develop these projects.

The move could funnel millions more into the hands of First Nations to lead nature-based climate solutions while restoring ecosystems and ancestral territories, the FNCI says.

“[Nature-based solutions] are a big part of the solution for many First Nations because they help to protect and restore the ecosystems we have always depended on, giving us more opportunity for traditional economic activities while also providing new economic opportunities,” Darlene Hunter, chief of Halfway River First Nation and member of the FNCI, says in the press release.