By John Woodside | News, Energy, Politics | September 19th 2022
#4 of 4 articles from the Special Report: Off the deep end 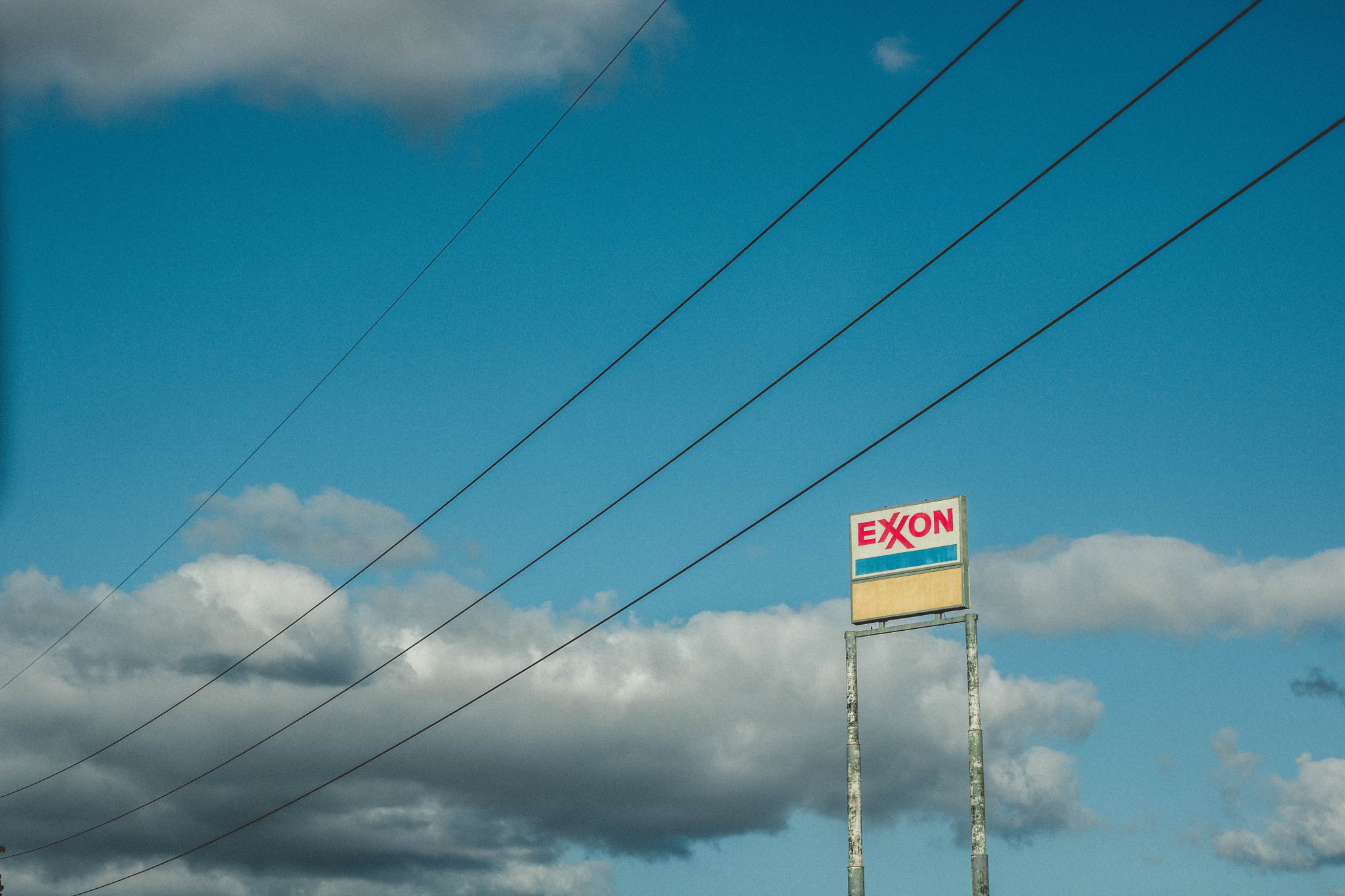 Newfoundland and Labrador is preparing to give ExxonMobil up to $80 million of public money to entice the energy giant to further invest in its offshore oil industry. Photo by Justin/Unsplash
Previous story

Newfoundland and Labrador is preparing to give ExxonMobil up to $80 million of public money to entice the energy giant to further invest in its offshore oil industry.

On Thursday, the province announced ExxonMobil was eligible to receive reimbursements for the cost of further exploratory drilling off the coast. ExxonMobil is looking for oil in a region called the Jeanne d’Arc Basin. The company can recoup up to $30 million on its second exploration well and up to $50 million for its third. The province allows ExxonMobil to collect this cash through its Offshore Exploration Initiative.

“The Offshore Exploration Initiative has provided an incentive which supports near-term drilling activity and employment,” Energy Minister Andrew Parsons said in a statement. “We continue to support the oil and gas industry during this time of transition.”

ExxonMobil says it is evaluating next steps with an eye toward exploratory drilling in 2023. In a statement, president Lazaro Cosma called the province’s plan to fork over tens of millions “an important consideration in our decision-making.”

The Texas-headquartered oil major is making money hand over fist. In its second quarter alone, ExxonMobil reported nearly $18 billion in profit, up $12.3 billion from the same time last year, as the price of oil skyrocketed.

“If we're going to be investing public money in energy systems, it should be in low-carbon energy systems that contribute to stopping climate change rather than accelerating it,” he said.

“And a company like ExxonMobil that has adamantly refused to invest in renewable energy and has been resisting action on climate change for decades, should not be getting public money to do their core business, which is to take carbon out of the ground and throw it up into the atmosphere,” he added.

ExxonMobil boasts multibillion-dollar investments in lower-carbon fuels and carbon capture technologies and presents these as climate solutions. However, a comprehensive study published earlier this year in PLOS ONE found a wide gap between oil majors’ public relations messaging and their actual business plans. The study called ExxonMobil a “flagrant example, having strategically denied climate change and propagated disinformation to mislead the public for over 20 years.”

ExxonMobil’s exploration plans come as other oil majors invest in offshore projects. Equinor is looking to develop the Bay du Nord project after getting approval from the federal government earlier this year, and BP recently got out of the oilsands and went east.

Giving #ExxonMobil money to drill is like "giving money to Bill Gates to buy a computer" says @climatekeith.

Newfoundland and Labrador’s economy is in dire straits after massive cost overruns at Muskrat Falls, a hydroelectric dam built by Crown corporation Nalcor Energy that pushed the province to the brink. When oil prices collapsed in the spring of 2020, the province was reportedly weeks away from running out of cash and losing the ability to pay for services. That economic crisis is driving a recovery plan called The Big Reset that banks much of the province’s future on kick-starting new oil production to make up for falling revenue.

That report says there is essentially a 10-year window to sanction new oil projects before the global energy transition takes that revenue stream off the table for the province. That’s why the province is going all out to incentivize oil companies to further explore its offshore area today.

Exploring for oil at sea comes with a wide range of environmental damages. First, identifying where to drill involves towing airguns behind ships and blasting sound waves at the ocean floor to record what bounces back. These blasts are 100,000 times louder than a jet engine and go off every 10 seconds, harming marine life that need to hear to find food and communicate. It also pushes marine life away from their habitats.

Exploration drilling also comes with risks of spills and leaks. The largest spill in U.S. history, the 2010 BP Deepwater Horizon catastrophe, came from an exploration well. It killed 11 people and more than 100,000 birds, turtles and marine mammals, as well as an unknown number of fish.

So it all comes down to the

So it all comes down to the incredible expense of this huge hydro dam; N.L. is skint and they're desperately trying to cover their tab with oil revenues.

The dam had massive, but as far as I can tell largely predictable, cost overruns--basically, while some mistakes were no doubt made, mostly it wasn't so much cost overruns as unrealistic cost projections used to justify the project in the first place, which then ran into the real world. Which might still have been OK if it weren't for the fact that it's basically way too big a project for the N.L. government to do all at once. Now I'm a bit uncertain about hydro dams . . . on one hand, they generate lots of electricity without burning fossil fuels or (all the problems with nuclear). OK, there are difficulties, land lost, rivers interfered with, and even methane given off by rotting vegetation at the bottom of the lake, but I'm still only ambivalent about 'em. But I will say, one advantage of wind, say you're a government like N.L. without massive fiscal capacity, you can do one smallish wind project and finish it and get some revenue, and then another, and then another until you have tons o' wind power. You don't have to do it all in one go and break the bank.

The failure of the NL

The failure of the NL government to get in early on the development of wind power, as Denmark did, was a major blunder. On good days, nearly 90% of all Ireland's energy is coming solely from wind. Hopefully, the wind power project, to generate green hydrogen, on the west coast of NL will go ahead.

Newfoundland has its Muskrat

Newfoundland has its Muskrat Falls, BC has its Site C. Both are well north of $10 billion and lost credibility on the environmental impact. However, Canada's electricity generation was founded on legacy hydro infrastructure and it will not go away no matter how much debt is created.

So, make lemonade, as they say.

It's true that NL has absolutely phenomenal wind power potential -- one of the best on the planet. Wind and hydro power mix very well in the same transmission lines and can be sold if not at a premium price, then at a reasonable profit to the US as an export commodity for a hundred years. Wind power infrastructure is cheap and easy to build compared to almost every other form of electricity. The only help with wind power NL would need is installing large undersea transmission cables underpinned by federal grants. Better yet, the feds could pay all the transmission costs if it is part of a national-scale smart grid. This is not astrophysics.

If the NL government cannot do the simple math, read the executive summaries of annual IEA reports with respect to fossil fuel vs renewable power investments and growth potential, and understand the huge historical spread of the blind ignorance about fossil fuel dependency at all levels, then it deserves to be saddled with stranded white elephants and ridiculed for its collective stupidity.

The biggest problem Canadians will likely have with that in the '30s is the inevitable calls from NL to bail them out for their fossilized economic fantasy. No doubt the federal government of the day will comply while it's licking its wounds over its own investment losses. If I was in that government I'd attach strong conditions, one of them for NL to foster a large wind power industry with a portion of the revenue going back to Ottawa to pay down the cost of fixing that province's dumb economic mistakes.