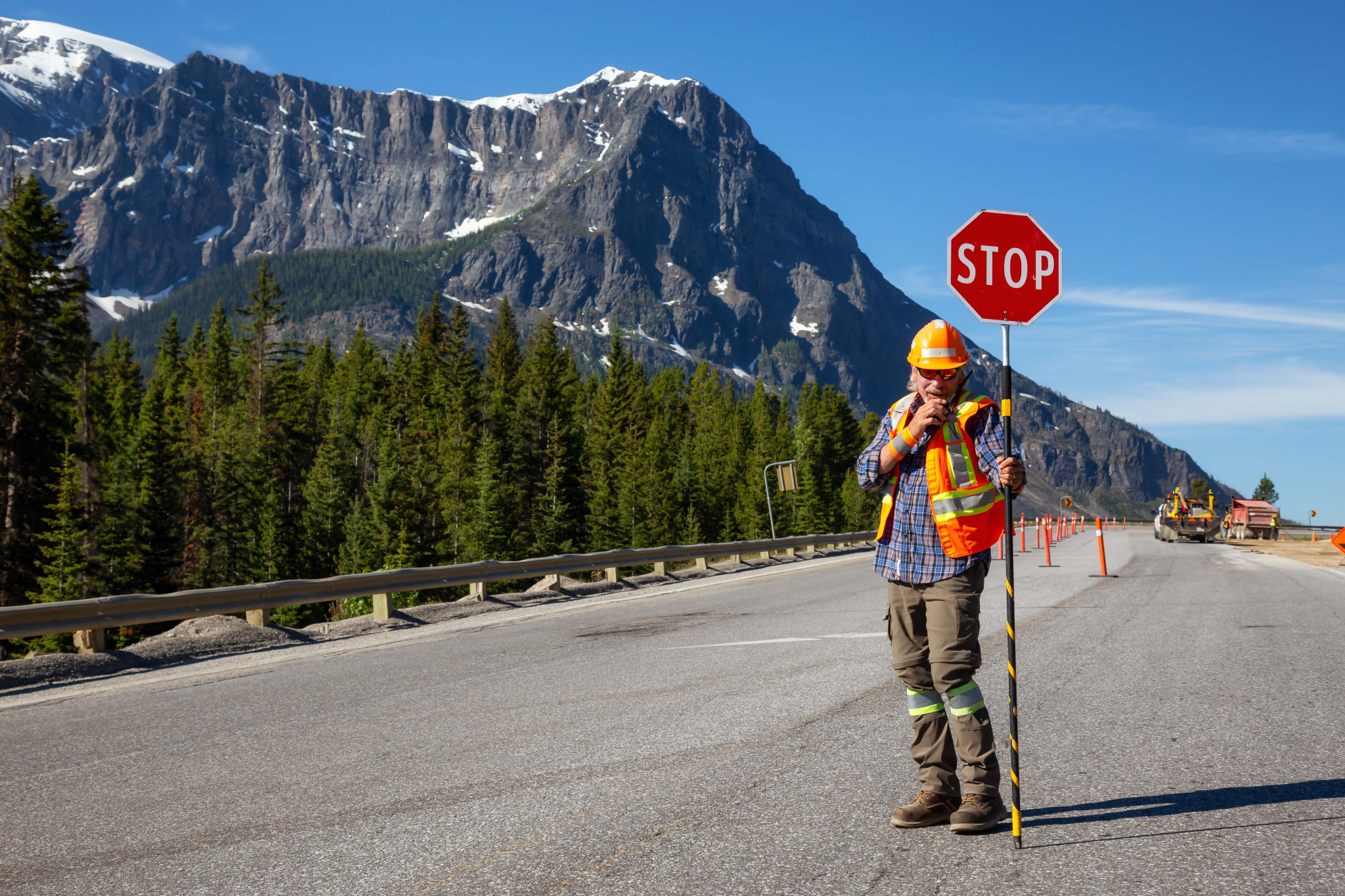 If you take climate change seriously, you must, by definition, be pro-worker.

We took this message to the Offshore Northern Seas conference in Stavanger, Norway last month, one of the biggest energy trade shows in the world. Canada brought a proud contingent to discuss some of the most pressing issues we face. Finding reliable sources of energy now, with a war in Europe. Lowering emissions. Building up renewables. And making it all happen at the same time.

It’s a big challenge, and its success hinges on the support of working people. If workers are not on board — if they think that policymakers are all in star chambers in Stavanger or Geneva or Ottawa, making decisions on things that affect their daily lives — we will have alienated them.

So how do we get their support?

For one, we can’t forget how this affects people on the ground. The idea of a looming “transition” makes people anxious.

According to a survey from Abacus Data last year, seven in 10 workers worry the costs of retraining and upskilling will be too much for them to afford, while three in four workers believe jobs in the renewable sector will not pay as well.

We need to provide some certainty. Certainty that people’s jobs will be there for some time. Certainty that their companies will make their jobs sustainable and will invest in lowering emissions.

Certainty that if they learn new skills and train for new jobs, those jobs will be there for them on the other side. A job that pays well or at least not less than their current wage. A job they can take pride in, feel safe, take time off when they’re sick, put their tools down at the end of the day and get some rest.

Unions fight hard for these jobs; industry also needs to fight for them.

Opinion: The opportunity to reinvest in the energy sources of the future is now, given the record profits in the oil and gas sector, write Sean Strickland and @SeamusORegan. #cdnpoli #PuttingWorkersFirst #climatechange

Two, we must build a low-carbon future now. The slightest fraction of a degree of global heating will mean the difference to hundreds of millions, if not billions, of lives. We need to persist as if nothing can stop us. We need to give workers hope for the future. And the oil and gas industry, our country’s largest and fastest-growing emissions sector, must do its part.

The opportunity to reinvest in the energy sources of the future is now, given record profits in the oil and gas sector. From nuclear to hydrogen, to carbon capture utilization and storage, to small modular reactors, to renewables.

Delaying these investments will only raise costs and raise doubt among workers and their communities. To lower emissions now in Canada’s oil and gas sector is to skate to where the puck is going.

Three, we can and must work together on this. Unions, industry and government solving these challenges together. The Norwegians do this well. They’ve built trust, and they’re seeing the results.

The bottom line is that we have no choice. We need workers on board, and we need their expertise, their ingenuity and their sheer bloody-mindedness to lower emissions, urgently. Our kids, our grandkids, our country, our economy and our planet itself depend on it.

Janice Tran takes wasted energy and turns it into money

Until you said "The opportunity to reinvest in the energy sources of the future is now, given record profits in the oil and gas sector. From nuclear to hydrogen, to carbon capture utilization and storage, to small modular reactors, to renewables."

We can mitigate climate change with a truly Green Transition to sustainable energy for our homes and vehicles... Lets not mislead and confuse people, especially the working people of Canada, by trying to extend the life of fossil fuels (grey/blue hydrogen and CCUS).

For Canada to have any hope in making our corner of the world a better place, Sean and Seamus need to listen to environmental scientists, not CAPP lobbyists!

We have heard this message

We have heard this message more than once from Seamus O'Regan. Once was enough.

Cam Fenton (350.org) deconstructed O'Regan's argument a year ago:
"Now, we’re largely past the era of outright climate denial, but the playbook that Big Oil wrote is still in use. But, rather than “bothsidesing” climate change, they’re now trying to do it with the idea of a just transition.
"…And, between Trudeau's 2017 speech promoting tar sands expansion to fossil fuel CEOs in Houston, Jonathan Wilkinson's social media looking like a Shell advertising campaign, or Seamus O'Regan forming a secret committee with Big Oil during the pandemic, this lobbying seems to have an effect. With this, it's fair to be worried that Trudeau and his cabinet are already drinking the fossil fuel kool-aid when it comes to the timeline for a transition. After all, O’Regan is already using their talking points.
"…we need to be clear-eyed about the fact Big Oil is still working to derail serious climate action and the just transition is the latest thing to land in their sights."
"Don’t ‘bothsides’ the just transition" (National Observer, 2021)
https://www.nationalobserver.com/2021/10/15/opinion/dont-bothsides-just-...

The O&G companies who employ these workers are irrevocably opposed to the energy transition. Don't expect them to co-operate. Waiting for the O&G industry to jump on board a transition that impairs their profits and sidelines their industry means waiting forever.
O&G companies are not going to become renewable energy companies. If O&G workers are to work in the renewables industry, they will work for renewable energy companies.
"Greenpeace criticizes Suncor's decision to exit wind and solar energy business" (CP, April 6th 2022)
https://www.nationalobserver.com/2022/04/06/news/greenpeace-suncor-exit-...

"It's difficult for Big Oil to even cast itself as committed to helping the world transition to a low-carbon future, since the investments by them in renewable energy are dwarfed by the money spent on new oil and gas projects."
"COP21: Big Oil in hiding at Paris climate talks" (CBC, Dec 07, 2015)

O'Regan at his most

O'Regan at his most disingenuous:
"The opportunity to reinvest in the energy sources of the future is now, given record profits in the oil and gas sector. From nuclear to hydrogen, to carbon capture utilization and storage, to small modular reactors, to renewables."
The O&G industry wants Ottawa to cough up hundreds of billions of dollars for non-climate solutions like carbon capture, SMRs, and blue hydrogen to PERPETUATE the industry, not shift away from it.

O'Regan is a champion of the "take it slow" approach to climate action. That suits the O&G industry just fine. Delay is Denialism 2.0.

"Canada defends role for oil sands projects in energy transition" (The Financial Times, Aug. 12, 2020)
"Output at controversial assets to increase even as government seeks to cut emissions, minister says"
"...Mr O'Regan argued that the oil industry could help to reduce emissions even as it increased production."

O'Regan's response to Jason Kenney's multi-billion dollar bet in Keystone XL. (Alberta taxpayers lost Kenney's bad bet.)
"This is good news for our oil and gas industry. It comes at a time when the industry needs it. It means thousands of good, well-paying jobs for the highly skilled workers in the industry needs now and into the future."

O'Regan is a fan of SMRs, another delaying tactic favored by the oilsands industry: "We have not seen a model where we can get to net-zero emissions by 2050 without nuclear."
According to climate "heroes" like O'Regan, the path to renewable energy and a sustainable future runs through a massive spike in fossil-fuel combustion and emissions. Complete disconnect from the science.

Honestly, I have no idea why The Observer publishes these disingenuous Liberal Government op-eds.

What is the Liberals' actual

What is the Liberals' actual record on the just transition for workers?

"Federal watchdog warns Canada's 2030 emissions target may not be achievable" (CBC, Apr 26, 2022)
"The commissioner, Jerry DeMarco, released a series of audits today that document the federal govt's environment-related shortcomings — including its failure to produce a meaningful 'just transition' plan for energy workers displaced by the transition to a low-carbon economy and the uneven application of a supposedly national price on carbon emissions.
"Commissioner chides Ottawa for non-existent 'just transition' plan
"DeMarco said the govt has done little to prepare for an expected wave of layoffs in the energy sector as the country moves away from fossil fuels like coal, oil and natural gas in the coming years.
"DeMarco said the govt has long promised to produce some sort of 'just transition' plan to help affected workers with income and pension support and job retraining. He said the govt has been 'slow off the mark,' has taken 'little action' and is woefully 'unprepared' for possible mass unemployment. …
https://www.cbc.ca/news/politics/environment-commissioner-emissions-redu...

"Cracks appear in Liberal-NDP alliance as Singh condemns Ottawa's climate 'failure'" (CBC, Apr 27, 2022)
"Despite repeated promises to table legislation to initiate a 'just transition' for energy workers facing unemployment as Canada shifts to a greener future, DeMarco said he found little evidence that the Liberal govt has done any meaningful work on this issue.
"Singh said Wednesday that workers need to be at the centre of any govt action on climate. With 170,000 fossil fuel industry workers facing an uncertain future, the NDP leader said Ottawa must craft a credible plan to prevent economic calamity.
"'We can't leave workers behind and there's no plan in what the Liberals have proposed,' he said. 'It's a complete failure.'
https://www.cbc.ca/news/politics/liberal-ndp-alliance-singh-criticism-cl...
*
Criticism of the Liberals' failure to plan a "just transition" for workers from Environment Commissioner Jerry DeMarco, Green Party MP Mike Morrice, and the NDP's natural resources critic, Charlie Angus:
"Federal government not ready to deliver a just transition despite past promises" (April 27th 2022)
https://www.nationalobserver.com/2022/04/27/news/federal-government-not-...

Oilsands majors have has no

Oilsands majors have no plans to move into renewables:

"This week, Cenovus, Canadian Natural Resources and Imperial Oil all reiterated their stance they have no appetite to build their own wind or solar. Instead, the focus is squarely on being oil & gas companies. …
"'The preference is to stick with what we know and what we're good at,' said Tim McKay, president of Canadian Natural, during the Scotiabank CAPP Energy Symposium.
"'If I was to get into wind power, I would have to relearn it and figure out how I could compete with other producers.'
"In the past, some executives have said it's not about a lack of knowledge, since oil majors have branched out into new ventures like petrochemicals without any prior experience.
"Cenovus chief executive Alex Pourbaix said the only renewable energy consideration would be potentially purchasing the electricity from a third party.
"'Where we're likely to remain is focused on oil & gas production. 'Don't look for us to become a late-entrant renewable-power developer.'
"Big oil companies have 'diametrically opposed' views on renewables" (CBC, Apr 09, 2021)
https://www.cbc.ca/news/business/bakx-oilsands-renewables-enbridge-1.598...

CCS? Nuclear? Hydrogen? Let the private sector waste their money on these (they won't). We need to accelerate the deployment of simple solutions which are already proven and inexpensive like wind and solar. Mr O'Regan, you continue to amaze me with how well you can bend yourself into a pretzel to appease the oil & gas industry.