Senate group pushes for a climate lens for all legislation 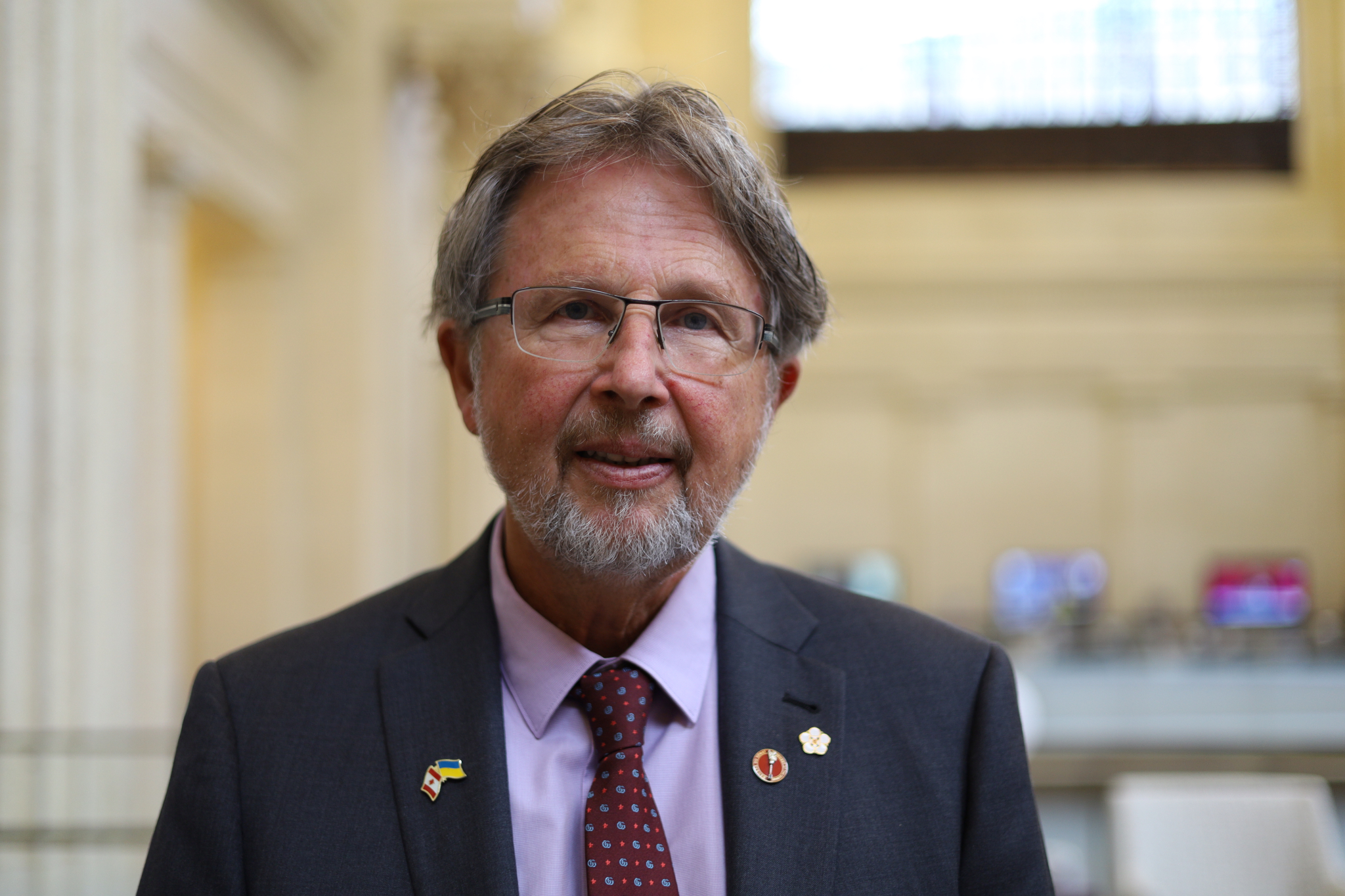 Sen. Stan Kutcher is a co-founder and co-chair of Senators for Climate Solutions, a group that connects its members with information on climate. Photo by Natasha Bulowski / Canada's National Observer
Previous story
Next story

Few senators are climate experts, but if armed with the right knowledge, they can use their collective power to ensure climate change is top of mind in the legislative process.

This is what members and admirers of Senators for Climate Solutions, a non-partisan climate group, told attendees at its official launch event. Like many Canadians, the group has met virtually for the last year and the official event at the Senate of Canada Building is its first in-person gathering.

Boasting 44 members, the group’s aim is to support senators who want to address climate change by providing them with informative resources, like expert speakers and briefing materials.

On Wednesday morning, more than 70 people — including senators, MPs and visiting MPs from New Zealand — listened to former governor general David Johnston congratulate the group on its work and its mission.

“We can't all be climate experts, but committing to be well-informed on climate and its impacts and the best ways to mitigate and adapt are what Canadians expect with their parliamentarians,” Johnston told attendees.

“Climate change is truly a national and global challenge, as well as a remarkable opportunity for innovation and co-operation.”

Sen. Michèle Audette spoke about the collective power of connecting people like herself who are not climate experts but want to take action with the right information. Green MP and leadership hopeful Elizabeth May and Green MP Mike Morrice attended the launch, which was delayed a year due to COVID-19 restrictions.

Senators for Climate Solutions is co-chaired by two Independent senators: Sen. Mary Coyle and Sen. Stan Kutcher. They also founded the group, which is modelled on Peers for the Planet, a cross-party climate and biodiversity group that operates in the U.K. parliament’s second chamber.

“[It’s] essential, because when you want to address complex issues such as climate change, you have to have allies from very different ideologies, different political persuasions, different ways of looking at the world because you have to find that common ground to be able to move forward,” Kutcher told Canada’s National Observer in an interview at the event.

A group of climate-concerned senators had their first in-person meeting this week. Senators for Climate Solutions connects its members, most of whom aren't climate experts, with briefing materials, speakers and evidence-based info on #ClimateChange.

The big goal for this coming year is to create a tool to help members analyze legislation through an evidence-based climate lens, he said. It will be a challenge to create such a tool, but Kutcher says it is key to Senators for Climate Solutions’ mission to give parliamentarians the resources to understand what impact legislation will have on Canada’s climate and climate goals.

“It will, however, judge us on how well we supported our most vulnerable and what kind of Earth we left for our children, and climate change will be the focus of that judgment.”