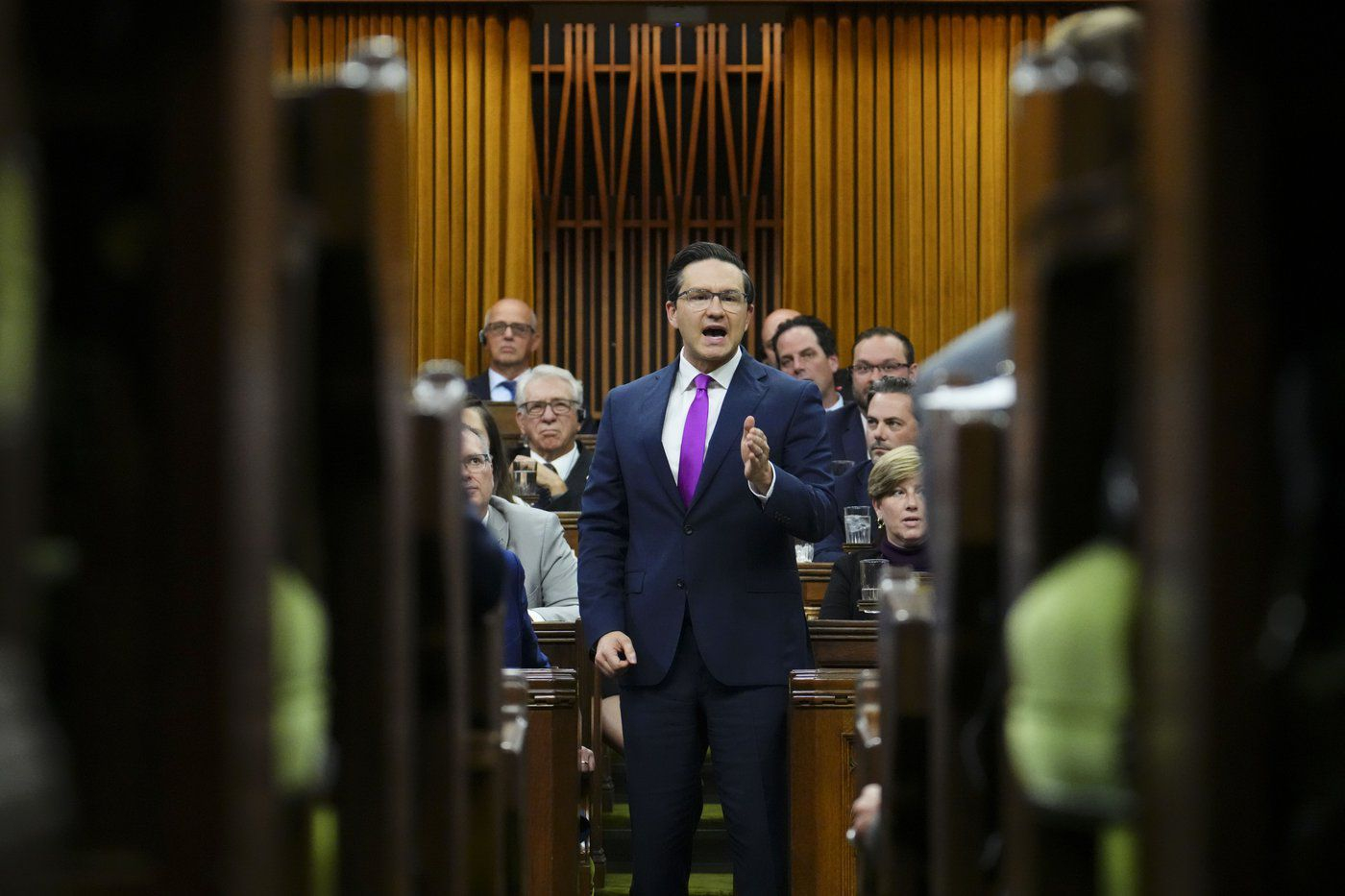 Conservative Leader Pierre Poilievre speaks during question period in the House of Commons on Parliament Hill in Ottawa, on Thursday, Oct. 6, 2022. File photo by The Canadian Press/Sean Kilpatrick
Previous story
Next story

Conservative Leader Pierre Poilievre refused to apologize Thursday and tried to turn the tables on his Liberal critics after it was revealed tags had been embedded in his YouTube videos designed to reach out to those in the "male supremacy" movement.

Global News first reported that a hidden tag that stands for "men going their own way" has been included in videos uploaded to Poilievre's popular YouTube page for more than four years.

The Southern Poverty Law Center in the United States says the movement is part of "male supremacy" and advocates for men separating themselves from the perceived toxicity of women.

The Liberals hit hard at Poilievre over the revelation. Prime Minister Justin Trudeau demanded during question period that Poilievre apologize for "purposely using his videos to appeal to far-right, misogynistic online movements."

"These are anti-women movements, and they have had devastating real-life consequences," Trudeau said. "I call on the Conservative leader to stand in this House, take responsibility and apologize."

Poilievre did not do that but said he corrected the problem as soon as he was informed of it and disavowed the sentiment behind it.

"I condemn all forms of misogyny," said Poilievre in response to Trudeau.

The Tory leader then laced into the prime minister for kicking Jody Wilson-Raybould, a former Liberal cabinet minister and Indigenous MP, from caucus in 2019 during the SNC-Lavalin scandal, and for having dressed up in blackface.

A photograph of Trudeau wearing blackface in 2001 emerged during the 2019 federal election campaign, and he apologized repeatedly.

Anthony Koch, a spokesman for the Tory leader, said in a statement Thursday that YouTube records show "the tag in question was added in early 2018 and it has remained there since that time."

"Because Mr. Poilievre has had many staff upload videos who had passwords over the years, including in 2018, his office is unable to determine who exactly added the tag."

Koch says Poilievre confirmed it was not added by any of his current staff, though he provided no details on how that was confirmed. The leader's office has yet to say whether any further investigation will take place.

As soon as the leader was made aware of their existence, he had the tag removed and condemned the affiliated group, the statement added.

Poilievre was first elected as an MP in 2004 in an Ottawa-area riding and has heavily used social media to grow his profile, including through dozens of videos posted to YouTube.

During the recent leadership race, he faced criticism for having supported last winter's convoy protests in Ottawa, which attracted some with extreme anti-government sentiments and believers of conspiracy theories around COVID-19 health rules and global entities like the World Economic Forum.

He was also forced during the race to explain how he came to be photographed with Jeremy MacKenzie, founder of the far-right group "Diagolon," who appeared at one of many rallies Poilievre held, which at times attracted thousands.

Poilievre has disavowed the group and recently said he asked RCMP to investigative "disgusting" comments MacKenzie made online about sexually assaulting his wife.