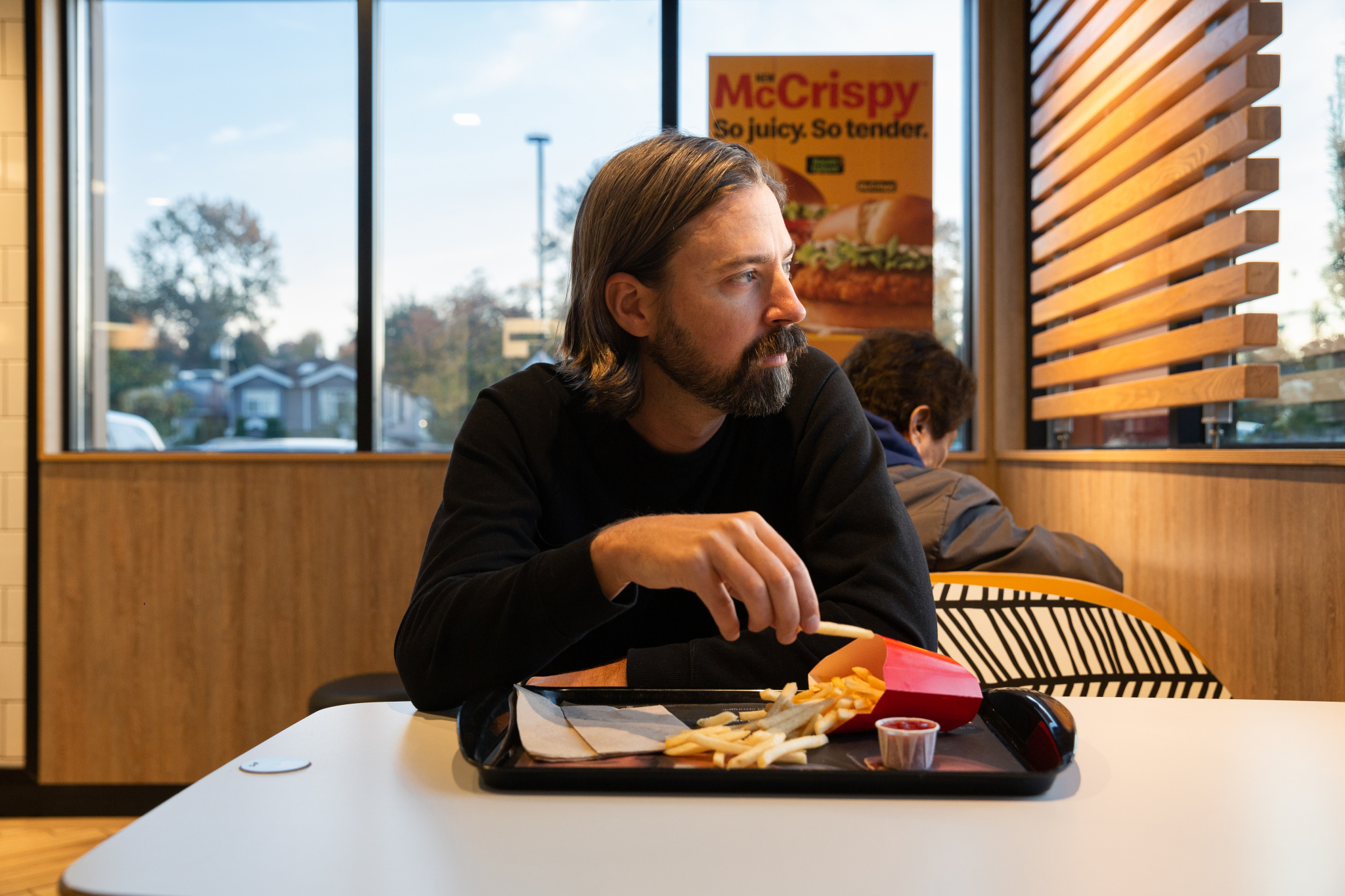 All McDonald's french fries sold in Canada are made by McCain Foods. Photo by Alison Boulier/National Observer
Previous story
Next story

For Daniel Metheringham, fighting climate change is as much about securing an "assured supply" of french fries as it is about preventing global calamity.

The North American vice-president of agriculture at McCain Foods is the man responsible for keeping the company supplied with a steady stream of potatoes, which, of course, are the main ingredient for fries. His job is becoming harder as the climate crisis deepens. Extreme weather like droughts and floods are becoming more frequent, putting potato harvests at risk and making it harder to find a secure supply.

"How do I get our contracted potatoes to the factory 12 months a year for the next 10, 15, 20 years?" he asked. "We've (already) had some huge climate volatility… What actions do we need to take that, for the long term, are going to make the farming business more resilient to weather volatility?"

Over a year later, that pledge has left Metheringham advocating for farmers to dump the industrial farming practices typically pushed by Big Food in favour of a more sustainable, regenerative one. He's not alone: After decades boosting harmful agrochemicals and farming techniques, some of the planet's largest food companies are claiming they will ditch conventional farming to protect their bottom lines.

Earlier this month, a consortium of executives from some of the world's largest agribusinesses released a white paper sketching out how to make regenerative agriculture "the predominant agricultural system in the world." Co-ordinated by the U.K.-based Sustainable Markets Initiative, the group includes the CEOs of food giants like Mars Inc. and Pepsico and the heads of agrochemical companies, including Bayer and fertilizer manufacturer Yara International. McCain Foods is also part of the initiative.

About 40 per cent of the planet's cropland needs to be farmed regeneratively by 2030, more than double the current amount, the report noted. The consortium warned that farmers and food companies aren't adopting regenerative practices fast enough to keep the planet under 1.5 C of heating, the limit set in the 2015 Paris Agreement. Mars Inc. CEO Grant Reid added that adopting the approach would help minimize future "supply chain disruption."

Achieving this transformation will take money. Shifting to regenerative practices won't necessarily make short-term financial sense for farmers, and the companies they supply should step in to help. Educating farmers about how to farm regeneratively and developing incentives within supply chains for them to adapt their practices is also key, noted the report.

Those challenges are familiar to Metheringham, having encountered them through his efforts to get the farmers contracted by McCain Foods to shift their practices. The company last year created an experimental farm aimed at testing new techniques. It also this month launched a new loan program to help its Canadian farmers follow the company's so-called "regenerative framework," which defines what it considers to be regenerative practices.

But observers doubt that agribusinesses' apparent abandonment of conventional farming will actually solve the climate crisis.

For Daniel Metheringham, fighting climate change is as much about securing an "assured supply" of french fries as it is about preventing global calamity.

"In a lot of cases, they are sincere in wanting better outcomes," said National Farmers Union director of climate policy Darrin Qualman. "But they underestimate the degree of transformation needed to actually turn around these long-term trends in fertilizer and chemical use or of loss of biodiversity."

In Canada alone, greenhouse gas emissions linked to fertilizers increased by 64 per cent between 2005 and 2019. The growth closely tracked surging crop yields, even as the industry has adopted more efficient fertilizers and farming techniques. Unless yields decline or agribusinesses eliminate artificial fertilizers and pesticides from their supply chains, he said promises to adopt regenerative farming won't have much impact.

"They need to take a systems approach and understand that the system is using more inputs and emissions are going up. It's going to take quite a determined and energetic effort to bend those curves in the other direction."

Critics have also accused big agribusinesses of greenwashing with promises to adopt regenerative practices that in fact have minimal impact on problematic practices. Chief among the issues noted by environmental activists are agribusinesses' reliance on high-tech machinery, big data and continued use of fertilizers and pesticides.

This dynamic has been playing out at the ongoing COP27 climate conference in Egypt, said Greenpeace senior strategic advisor Victorine Che Thoener. Big agribusinesses and agricultural exporters like Canada and the U.S. have been pushing efforts to make their tech-heavy brand of sustainable farming more widespread, undermining smaller farmers using agroecological or organic techniques that have well-researched environmental benefits.

Still, in the end, it could be the impact of the planet's increasingly erratic weather and environmental breakdown on french fries that, for Metheringham, has the final say.

"I'm coming at (sustainability) from a very different lens than maybe a lot of people," he said. "It's about assured supply."