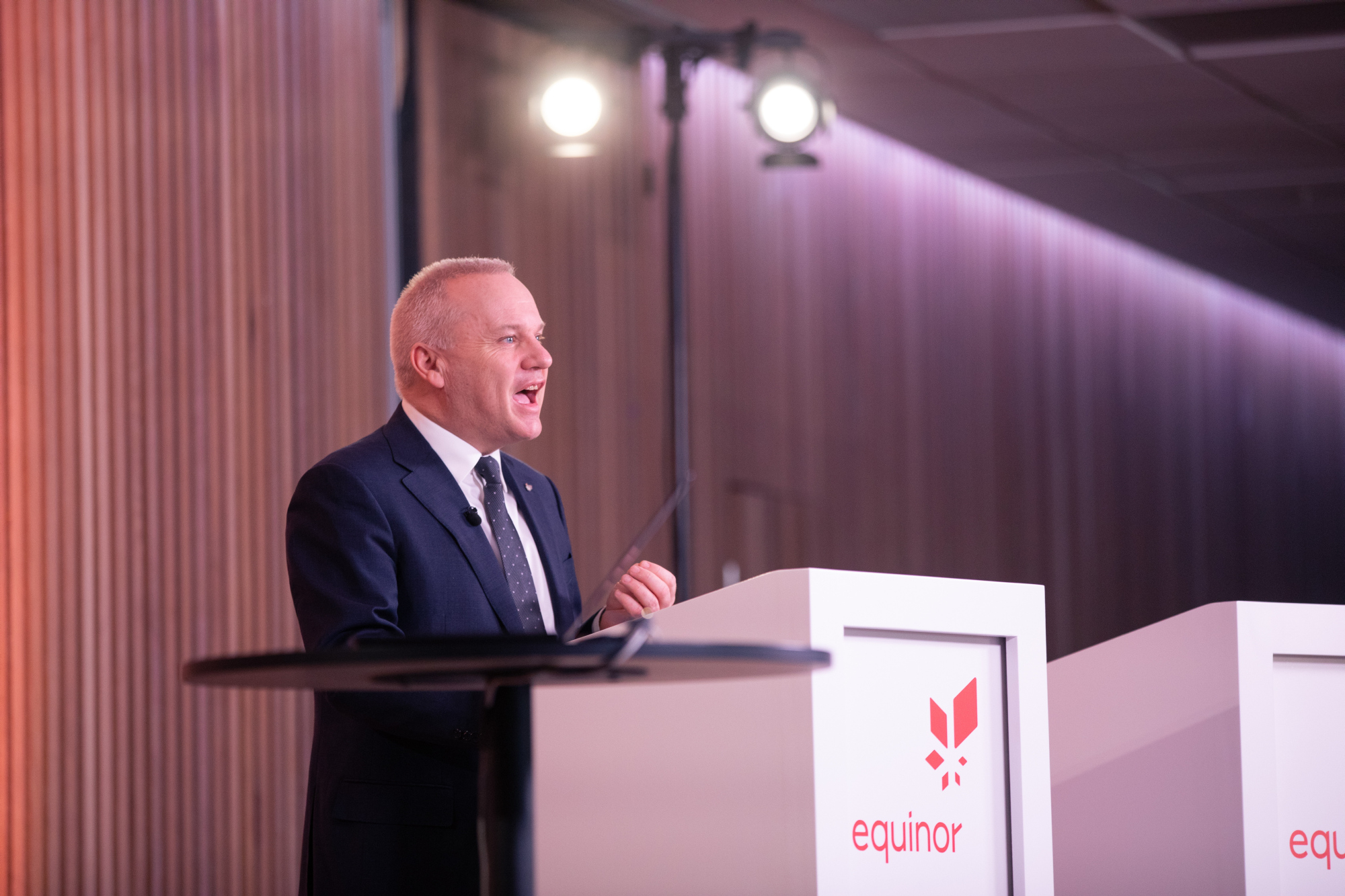 Climate activists from a slew of countries seated on the Atlantic Ocean have united for a common cause at this year’s United Nations climate conference — get Norwegian energy giant Equinor out of oil and gas development.

The alliance, Equinor out of Oil and Gas, is made up of climate groups from Norway, the United Kingdom, Brazil, Argentina and Canada — all countries where Equinor is planning new oil and gas projects. In Canada, Equinor is part owner of Bay du Nord, a proposed deepwater offshore oil project 500 kilometres east of St. John’s.

The company has three new oilfields under development: Rosebank in the U.K., Bay du Nord, and Wisting in Norway. Together, they would produce over two billion barrels of oil. The resulting emissions would equate to 800 million tonnes of CO2 or more, which is around the same CO2 output of all 48 countries in Sub-Saharan Africa each year, the climate groups point out. They say pushing Equinor out of fossil fuels would be a huge accomplishment for the climate, and is a winnable fight.

The group says Equinor postponing its investment decision in the controversial Wisting field earlier this month highlights instability in the fossil fuel industry and its financing, which is set to see ample stranded assets. Although Bay du Nord has been approved by the Canadian government, the project is similar to Wisting before the delay in that it has not yet been funded. Equinor announced on Thursday that exploration attempts in the Flemish Pass Basin around Bay du Nord were unsatisfactory.

Meanwhile, Norway, which owns the majority of Equinor, has raised contradictory climate goals ahead of COP27, and continues to profit from fossil fuel projects, the groups say. In a speech at the climate conference, Prime Minister Jonas Gahr Støre said, “Urgent action is needed to keep the 1.5-degree target alive,” which goes against the country’s decision to maintain ties with the company.

In October, Norway announced new rules, which mean companies must set targets and make plans to cut back on greenhouse gas emissions in line with the Paris Agreement, which has a goal of limiting warming to 2 C — ideally, 1.5 C — compared to pre-industrial levels. Similar to Canada’s new guidelines for oil and gas projects, Norway's regulations don't require companies like Equinor to stop oil and gas production.

A preliminary assessment released this month by the UN says the world is on track to warm around 2.5 C, noting current climate promises are not adequate to keep warming within 1.5 C. That difference would mean significantly more sea level rise, more extreme weather events and lower crop yields, especially for low-income countries that already suffer the brunt of climate change impacts.

“It’s shocking that Norway's prime minister is on stage at the COP talking about how the world has to keep the 1.5-degree target alive, while our state-owned oil company is planning highly controversial new oilfields that threaten people and planet,” said Truls Gulowsen, leader of Friends of the Earth Norway (Naturvernforbundet).

“The IPCC (Intergovernmental Panel on Climate Change) and the IEA (International Energy Agency) are clear that there is no room for new oilfields if we are to stick to the 1.5-degree target. Equinor advertises its renewable energy projects, but is still a fossil company.”

The company has three new oilfields under development: Rosebank in the U.K., Bay du Nord, and Wisting in Norway. Over their lifetimes, they would produce over two billion barrels of oil, resulting in 800 million tonnes of CO2 or more.

Brynna Kagawa-Visentin, director-at-large for the Sierra Club Canada Foundation, calls the approval of Bay du Nord a “huge human rights issue,” and points to an active lawsuit against the project’s environmental approval that the Sierra Club is part of and has been joined by Mi’gmawe’l Tplu’taqnn Inc. (MTI), an organization that represents eight Mi’gmaq communities in New Brunswick.

“... [MTI has] stated that the federal government did not fulfil its duty to meaningfully consult with Indigenous communities about the proposed project. No development project should take place without free, prior and informed consent from the Indigenous Nations whose territory and livelihoods will be impacted,” she said.