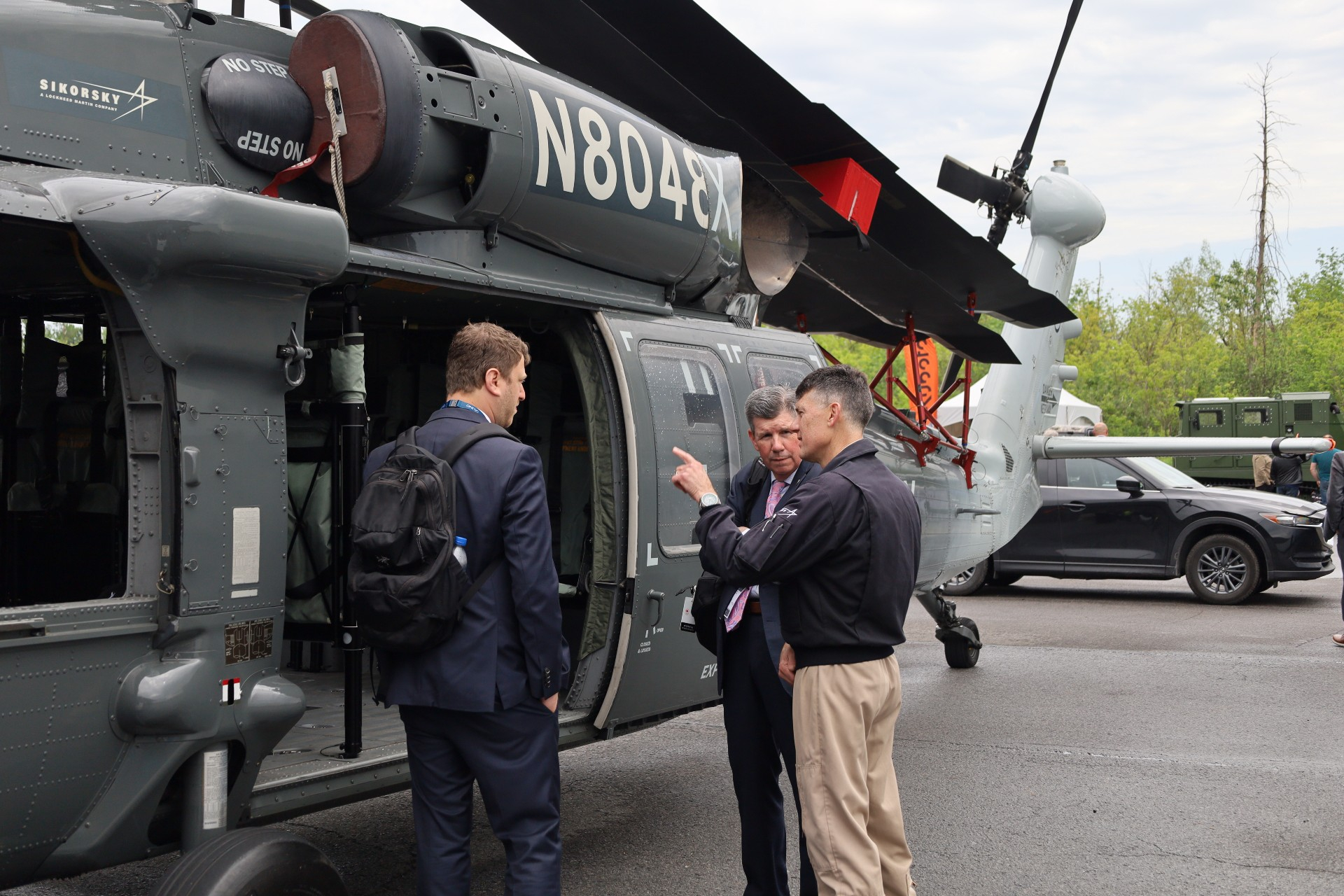 Helicopters and other large military vehicles on display at CANSEC in Ottawa on June 1 and 2. Photo by Natasha Bulowski / Canada's National Observer
Previous story

The world’s wealthiest polluting countries spend at least 15 times more on military and arms than climate finance for the world’s most vulnerable countries, a new report revealed in the final week of COP27 negotiations.

Due to lagging reporting and the fact a large portion of climate finance is given as loans instead of grants, the report by the Transnational Institute says military spending was likely 30 times greater than climate finance from 2013 to 2020.

Military spending isn’t on the official agenda at the United Nations climate conference despite its ties to increases in planet-warming greenhouse gas emissions. Russia’s invasion of Ukraine in early 2022 opened the door for countries to approve “major increases” in military spending, according to the report.

The report documents a “strong correlation” between a country’s military spending and carbon emissions: the world’s largest military spenders are also the main historical and current emitters.

It draws on sources like the Climate Equity Calculator, SIPRI military expenditure database, Oxfam International and the Organisation for Economic Co-operation and Development to rank how much countries spent on their military in the last eight years and greenhouse gas emissions between 1850 and 2025.

Canada ranks 14th for military spending, with more than $189 billion spent between 2013 and 2021, and came in seventh for emissions. The biggest offenders by far are the U.S., China and Russia, occupying the first, second and third spots, respectively, for both military spending and greenhouse gas emissions.

Budget 2022 earmarked $8 billion in new funding over the next five years to “immediately reinforce Canada’s national defence” in addition to already-planned increases.

A recent report from Canada’s Parliamentary Budget Officer found the Department of National Defence’s (DND) decision to procure 15 new warships will cost taxpayers $306 billion over the vessels’ lifetimes. In 2008, the government approved a budget of $26 billion to develop and purchase the ships but that price tag now sits at $84.5 billion.

Meanwhile, vulnerable countries are still waiting for the $100 billion for “loss and damages” wealthy, polluting nations promised to deliver when the Paris Agreement was signed in 2015. If the top 10 military spenders diverted one year’s funding to international climate finance, it would fulfil that promise for 15 years, according to the report.

Every dollar spent on arms or military increases planet-warming greenhouse gas emissions and diverts financial resources, skills and attention from addressing climate change, the authors of the report warn.

DND’s energy and environment strategy states the department “will play a leadership role in reducing GHG emissions from its infrastructure and commercial light-duty vehicle fleets, where feasible, with a commitment to reduce these emissions by 40 per cent (below 2005 levels) by 2025 and to achieve net-zero emissions by 2050.”

In 2020, the federal government’s largest polluter was the DND. The department generated 543 kilotonnes of carbon dioxide emissions during 2019 and 2020. Across all federal departments, buildings are a large source of emissions and the DND manages roughly 20,000 buildings. A large portion of military emissions come from transport and equipment used in operations and exercises, including jet fuel and other fuels, the Transnational Institute noted.