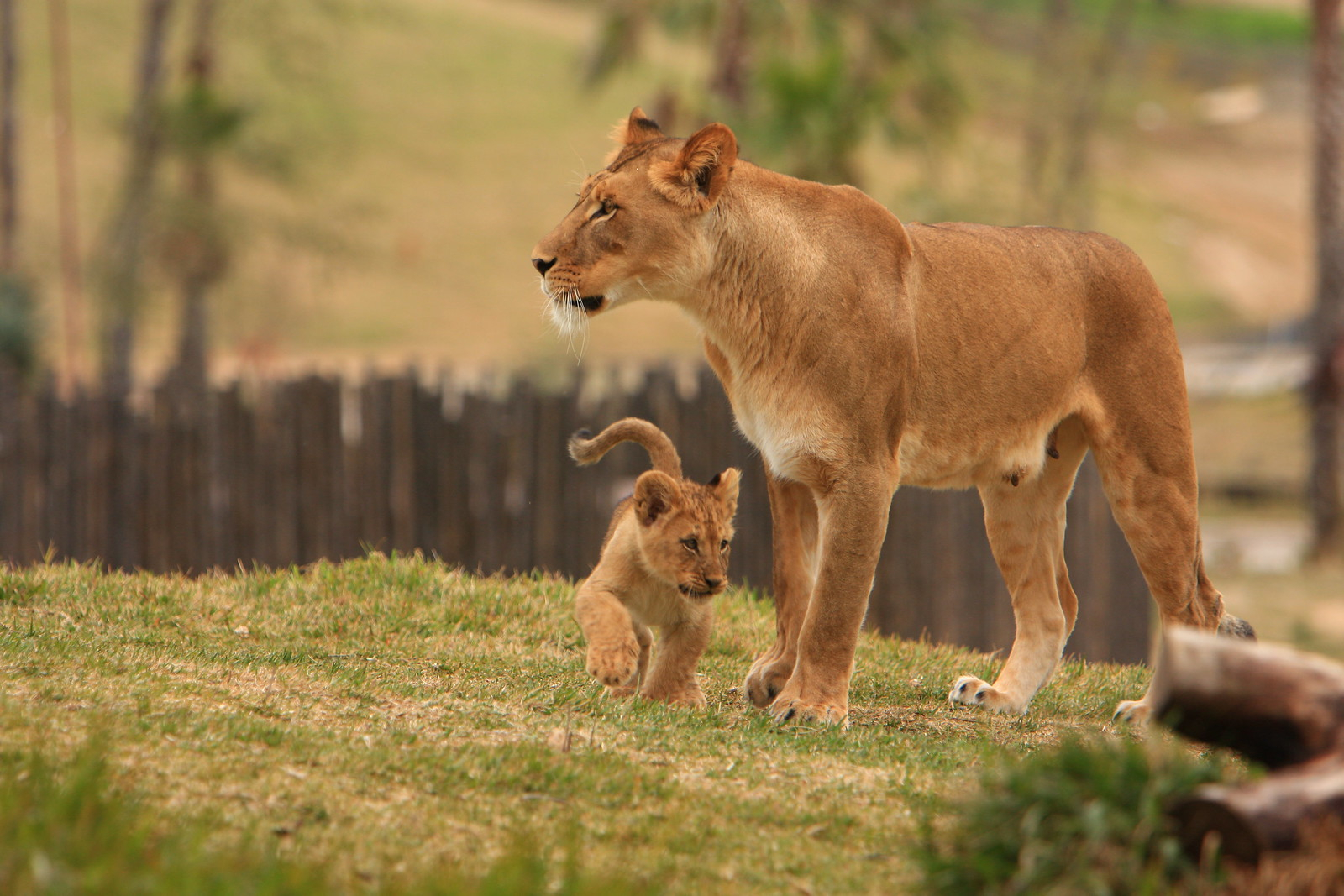 Global research shows everything from butterflies to elephants is affected by being bred in captivity, with lions developing a weaker bite. Photo by fortherock/Flickr (CC BY-SA 2.0)
Previous story

Animals bred in captivity experience significant physical and behavioural changes that may disadvantage their survival chances once released into the wild, a wide-ranging research review has found.

The ANU’s Dr. Dejan Stojanovic, a study co-author, said that “seemingly isolated examples of major changes to animal phenotypes” were part of a trend that had gone unnoticed for decades. “It’s a global thing that affects everything from butterflies through to elephants,” he said.

The review drew together existing international and Australian research. Captive-bred lions and other carnivores, for example, have differing skull bone shapes and weaker bite force, likely due to a diet of ground meat. In captivity, monarch butterflies, whose migrations normally span thousands of kilometres, lose their migratory tendency, are unable to orient south and have different wing shape and weaker grip strength.

Stojanovic, who has studied the conservation and breeding biology of orange-bellied parrots for years, said captive birds had less pointed and shorter wings. “That shape is less suited to migration.”

Orange-bellied parrots are highly dependent on captive breeding. “Wild birds are fully mixed with the captive birds genetically,” Stojanovic said. He and his collaborators are now investigating whether the changes in wing shape are linked to high mortality rates seen when the parrots migrate between Tasmania and the Australian mainland.

The review’s authors pointed to the success of “adaptive management,” an iterative process Stojanovic described as “learning by doing, where every effort should be treated as a mini-experiment with a long-term aim in mind.”

He cited lessons learned from earlier efforts in parrot conservation. “Between 1999 and 2009, 423 orange-bellied parrots were released at Birch’s Inlet near Strahan in western Tasmania, and all of them died,” Stojanovic said.

“In the subsequent years, approaches have been adapted and … here we are [now] with the largest population in the wild of orange-bellied parrots that there’s been in a really long time — with a clear positive contribution from the captive populations.”

Dr. Ben Pitcher, a behavioural biologist at the Taronga Conservation Society who was not involved in the review, said it reflected discussions already underway in the field of conservation breeding.

“If we could avoid having to do a breeding program in the first place, we would,” Pitcher said. “The most successful and cost-effective method is to do early intervention so that a species never gets to the point where [it needs] reintroducing.”

“The IUCN [International Union for Conservation of Nature] recommends more than 2,000 species globally will need captive-breeding programs to not become extinct,” she said.

Parrott cited Zoos Victoria’s decades-long eastern barred bandicoot program — which involved genotyping animals, and predator recognition and avoidance training — as a successful example of adaptive management. Last year, the species was reclassified from “extinct in the wild” to “endangered” — the first time such a status change has occurred in Australia.

“Our captive-breeding program, which we’ve had for 33 years, could be shut down,” she said.

Scientific advancements over the past few decades had resulted in conservation efforts that better approximated the wild environment and biology of a species, Parrott said. As an example, research she co-authored found that wild and captive Tasmanian devils had similar patterns of tooth wear, albeit at slightly different rates.

Pitcher, who has worked on regent honeyeater conservation efforts, says the program is combating song loss in captive-bred honeyeaters by playing them recorded songs sung by wild birds. “We’ve got a group of tutored zoo-raised birds that are singing pretty well, and we’re hoping that they might be able to become tutors for the next generation.”

“The thing we’ve got to remember when we’re releasing these animals is there’s a reason they’re not in the environment,” Pitcher said. “The No. 1 challenge for any reintroduction program is addressing those key threatening processes in the wild,” he added, citing invasive predators as an example.

Eric Woehler, convener of BirdLife Tasmania, added that habitat loss and fragmentation have been the primary drivers of biodiversity loss in Australia for almost half a century.

It’s pretty clear that as we are facing an ever-increasing extinction crisis … we need to come up with new methods to protect what we have left,” he said. “Captive-breeding programs must be one component of a repertoire of methods that we have available to us.”

The ANU analysis was published in the journal Biological Reviews.