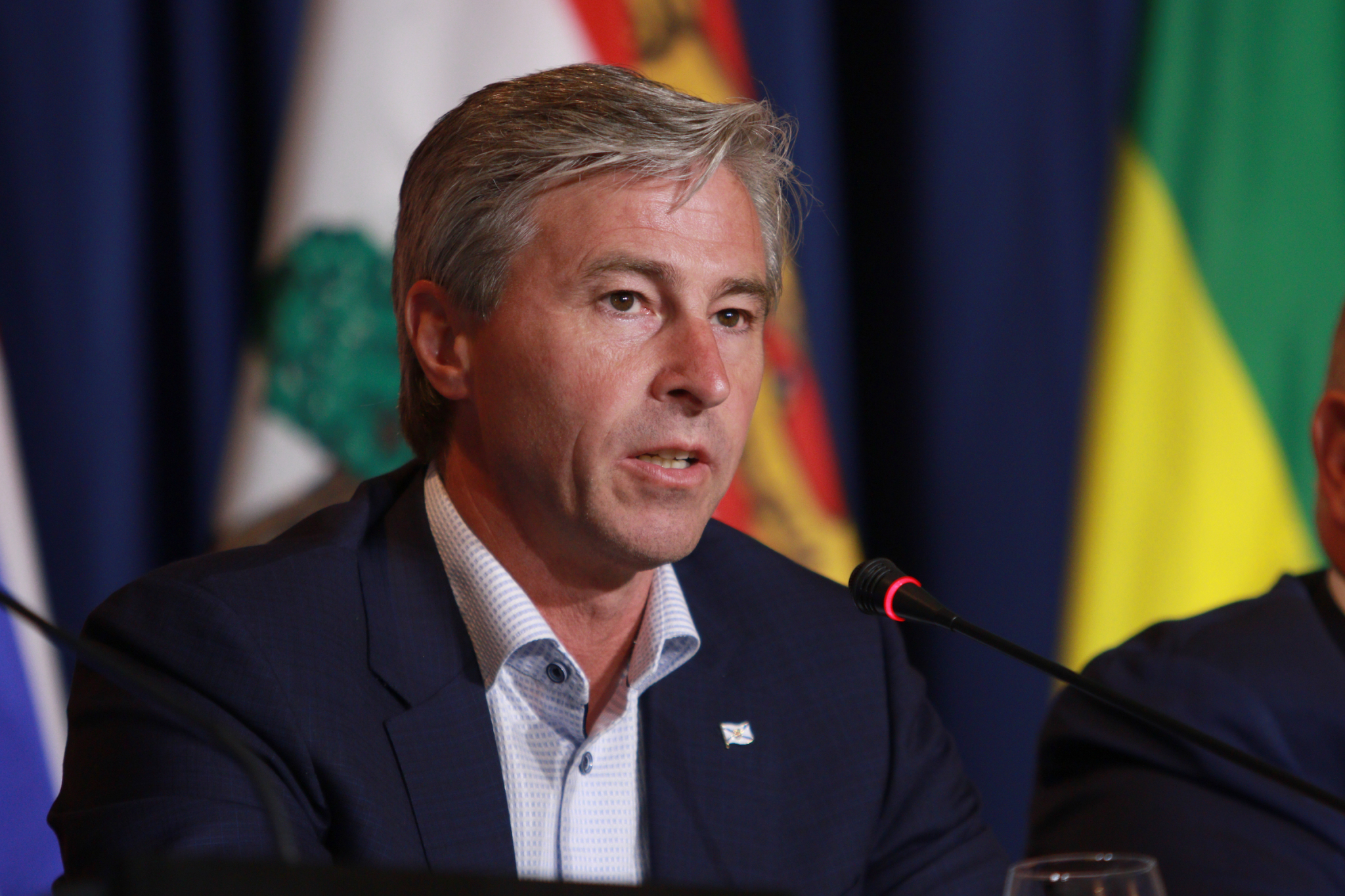 A chorus of politicians across Atlantic Canada is pushing back against a federally imposed fuel charge on gasoline, diesel and home heating set to begin in summer 2023.

The premier of Newfoundland and Labrador, Andrew Furey, called the tax an unfair burden on his province.

“While maintaining a commitment to advance initiatives to address climate change, now is not the time for tax increases on such products as home heating fuel,” he said in a news release.

During his announcement, Guilbeault stressed rebate cheques would be mailed to families before the tax is imposed to offset price increases in gasoline and home heating oil. Eight of 10 households will receive more money back from rebate cheques than they pay, he added.

Nova Scotia Premier Tim Houston has long been a vocal opponent of the tax, and P.E.I. Premier Dennis King has also spoken out against the federal government imposing the tax.

Guilbeault noted Nova Scotia has been particularly hard to work with on the carbon tax front.

“Let me be clear — Nova Scotia supports action on climate change but doesn't support a carbon tax of any amount on home heating oil at this time. It's incomprehensible to me that the federal government doesn't agree,” Houston said on Tuesday.

Meanwhile, the Nova Scotia NDP said Houston had ample time to work on an alternative with the federal government, noting provinces and territories had until September to submit an alternative plan that met the federal benchmark on reducing carbon emissions.

NDP Leader Claudia Chender called out Houston’s recent attempt to get signatures for a petition against the carbon tax, as well as donations to help the provincial government push back against “Justin Trudeau's punishing carbon tax.”

Premiers from the three Atlantic provinces where the tax is set to be imposed have all spoken against the tax, while the feds stressed rebate cheques mailed out before the tax is imposed to offset price increases in gasoline and home heating oil.

“Making this a political wedge issue and using it to fundraise is not what families were asking for,” she said.

“Putting a price on carbon is a reality. What people need is a government that will work with all political parties and levels of government to find a way to protect the environment and make life affordable for families.”

NDP Natural Resources and Renewables spokesperson Susan Leblanc said Houston could introduce other measures to help people mitigate the tax — notably, more funding to improve energy efficiency. Such a measure would address energy poverty, which people experience when they spend a disproportionately high percentage of their income on home energy bills. Atlantic Canada has the highest rate of energy poverty, with 41 per cent of residents in Prince Edward Island dealing with high energy cost burdens, and experts stress making homes more energy efficient is an important move towards lowering energy bills.

Another measure would be a windfall tax on oil and gas, said Leblanc, which is a higher tax rate on companies making large profits.

“The premier’s plan was to pressure the federal government to back down, and it failed. We are talking about the future of our environment. The premier argued and delayed when he should have been taking firm, clear action, not playing politics to put money into his party’s bank account,” said Leblanc.

“There are any number of ways Tim Houston could help Nova Scotians with the rising cost of oil and gas… Instead, he picked a fight with Ottawa and left everyday families to pay the price.”

To Anthony Edmonds, leader of the Nova Scotia Greens, backstopping the carbon tax is “far from perfect, but it's a step in the right direction.” Edmonds said a price on carbon is “the least harmful solution.”

“We know we're in a climate crisis. We know it will take bold action to decarbonize our economy. We know that carbon taxes work, and failing to act will cost much more in the long run. Our leaders must acknowledge these basic facts,” he said in a statement to Canada’s National Observer.

“The other parties are wasting time debating how to stop federal carbon taxes that two-thirds of Nova Scotians voted to support. Greens are the only political movement in Nova Scotia with the courage to stand for real climate policy.”

Atlantic provinces: Ready or not, here it comes — the carbon tax

A carbon tax or cap-and-trade: Feds suggest every province must choose

Given that the Carbon Tax is

Given that the Carbon Tax is a concern, politicians should have even more concern at Canada selling at extremely volatile world prices. Canadian costs for O&G remain relatively stable while world prices fluctuate greatly in very typical feast or famine scenarios. This volatility is devasting to business. Price stability is crucial.

The problem with premiers in

The problem with premiers in Atlantic Canada & elsewhere across the country is that most (Danielle Smith, Scott Moe & Doug Ford excepted) profess a desire to deal with climate change BUT - the time is never right for them, they keep kicking the can down the road.

This is blatant stupidity.

This is blatant stupidity. Exactly what part of "getting a rebate" does Tim Houston find "incomprehensible?" And Andrew Furey is a doctor! WTF is wrong with these guys?