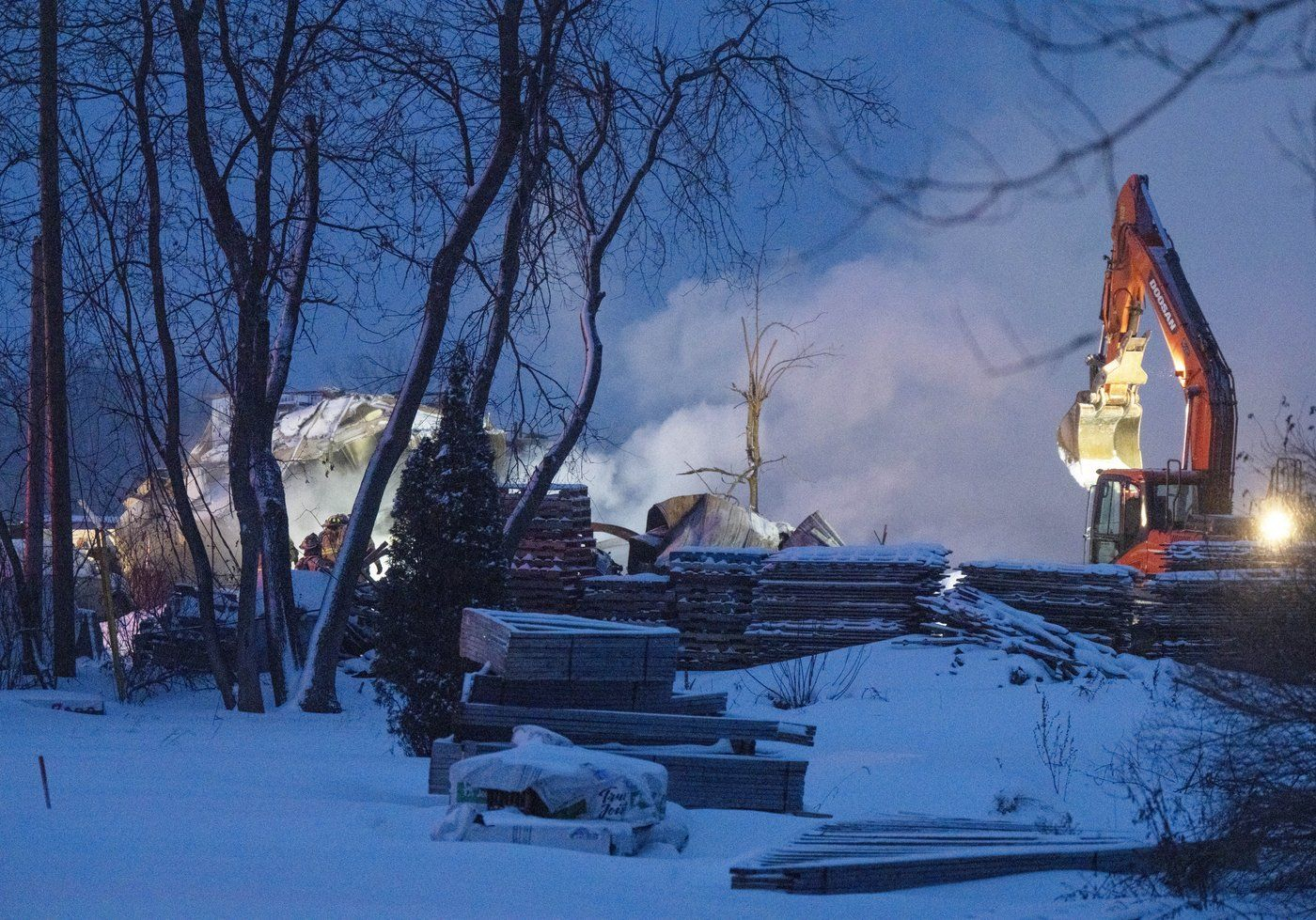 Members of the Six Nations Police conduct a search for unmarked graves using ground-penetrating radar on the lands associated with the former Indian Residential School, the Mohawk Institute, in Brantford, Ont., on Nov. 9, 2021. Photo by The Canadian Press
Previous story

Ground-penetrating radar is the technology behind the discoveries of what are believed to be unmarked burial sites on the grounds of former residential schools, by providing communities with the first glimpses of physical evidence of possible graves.

But it is not well understood, and is being used to fuel misinformation about the findings.

The Truth and Reconciliation Commission that investigated the residential school system and its legacy estimated around 6,000 Indigenous children died at the federally funded institutions. The National Centre for Truth and Reconciliation maintains a student memorial register that includes more than 4,000 recorded names. Many experts believe the actual number to be much higher.

Kisha Supernant is the director of the University of Alberta's Institute of Prairie and Indigenous Archaeology and serves as a member of the federal government's national advisory committee on residential schools missing children and unmarked burials.

In an interview with The Canadian Press, Supernant details how ground-penetrating radar works, what its limitations are and what the public should know about the technology.

She says the unit itself looks like a box, roughly the size of a toaster oven, which is usually attached to a cart that someone pushes along the ground.

When her team does searches, they divide the area into a grid and walk a line with their ground-penetrating radar unit. It can be a slow process, Supernant says, depending on the size of the area being searched.

"When we're using it to try to locate potential unmarked graves, what we're really doing is we're sending that signal through the ground and then trying to create a map of what we think we see below the surface."

She says people should think of the soil as a background signal.

"That's why you hear terms like 'anomaly' used, because there's sort of a steady background signal and then something changes and we try to make sense of (what) that change might represent."

Supernant says there are methods for figuring out what an anomaly might be. And certain objects, like rocks or metal, have distant signatures.

When it comes to finding unmarked graves, what they are looking for is a grave shaft.

"When you dig a grave, you disturb the soil … and ground-penetrating radar can sometimes detect that change in the soil from the digging of the grave itself."

There are sets of signals often associated with graves, either marked or unmarked, she said.

Supernant says her team is also guided by elder testimony and community knowledge to help identify where to search, as the areas where graves may be no longer have markers.

What the technology can — and cannot — tell us
First Nations communities tend to use careful language when announcing the findings of such searches, ranging from anomalies and areas of interest to possible graves.

"We use the careful terminology because at the end of the day, ground-penetrating radar alone cannot 100 per cent confirm that there is a grave present or that there's anything in that grave," Supernant said.

She says to confirm the existence of graves, searchers can rely on old aerial photographs of an area to show whether it was a cemetery, or collect information from archival records held by churches and other institutions.

In terms of physical evidence, Supernant says there can sometimes be impressions left on the land itself, but in order to confirm the existence of remains, "you need to do something below the surface."

That's why First Nations that have detected possible unmarked graves are exploring the possible options. Many communities are hoping to avoid disturbing the sites even more.

Supernant says some methods being considered include trying to sample the soil to test for the presence of human DNA.

"That still is invasive, but it's a lot less invasive than digging down."

What do people get wrong about ground-penetrating radar technology?
Supernant says there are two main misconceptions about the technology and its role in searches: "On the one hand there's an overstatement, and then on the other hand, there's an undermining."

In May 2021, the Tk'emlúps te Secwépemc Nation announced it had detected 215 possible unmarked graves at a former residential school in Kamloops, B.C. Supernant says some people were left with the impression that 215 children's bodies had been found.

"Ground-penetrating radar can't do that."

But because some assume that ground-penetrating radar can do more than it can, a narrative has formed where those anomalies or possible graves have "become children."

She says she understands why that happens, because the announcements are devastating and people want to find the children who went missing from residential schools.

On the other hand, Supernant says she also sees people trying to downplay the results, by "using the ambiguity that is inherent in the technology and that we can't know for sure to really discredit it entirely."

"It's also really dangerous because we do know how to distinguish a rock from a potential grave. But sometimes when denialists get a hold of some of these narratives, they use that to undermine."

She says that's not true, as there is established science behind the technology.