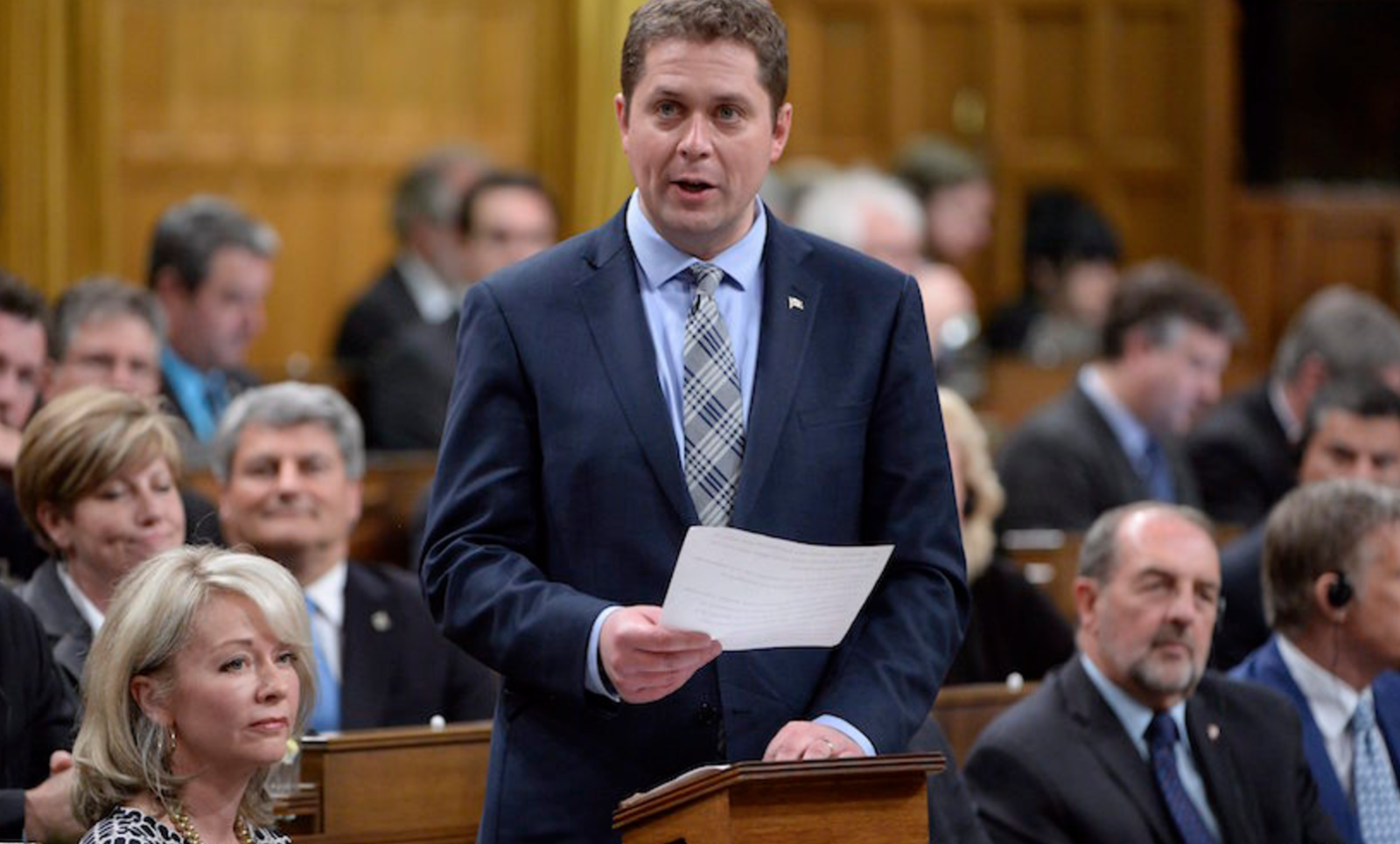 Conservative Party leader Andrew Scheer suggested during the Tory leadership campaign that he would axe the news division of the CBC as prime minister of Canada. Photo by The Canadian Press
Previous story

Canada's Conservatives face an uphill battle in the 2019 federal election if their newly-minted leader, Andrew Scheer, uploads his recent anti-CBC rhetoric into his party platform, new research has revealed.

Regardless of their political stripes, more than 80 per cent of Canadians support either an increase in funding or maintained funding for the public broadcaster, according to a poll conducted by Nanos Research and commissioned by Friends of Canadian Broadcasting. The poll results indicate that most Canadians disagree with Scheer, who suggested during the recent Tory leadership race that he would cut funding to the CBC and axe its news division altogether.

The research also found that broadly-speaking, Canadians are concerned about the decline in the quality and quantity of journalism in Canada, and more than half think the federal government should take steps to address it.

The poll surveyed 1,000 Canadians at random and asked them about their trust in various news sources and opinions of the CBC. Forty-three per cent said they support increased funding for the CBC's operations, 39 per cent supported a steady level of funding, and only 14 per cent supported a decrease in funding.

Canadian taxpayers provide about $1 billion in annual funding to the CBC every year.

Support for CBC a "wedge issue" for Tories

The findings appear at odds with Scheer's suggestion during the recent Tory leadership campaign that if he were elected prime minister in 2019, he would axe the news division of the CBC. Last December, he told reporters there was a "glaring" conflict with the government operating the CBC, and that taxpayers were frustrated with how much the public broadcaster costs.

The poll however, found that 86 per cent of Canadians — including those who self-identified as potential Tory voters — agree or somewhat agree that as news media is increasingly owned by a few large corporations, "it is more important than ever to have a strong and vibrant CBC."

Those statistics could spell trouble for Scheer's party in the 2019 federal election, said Friends of Canadian Broadcasting spokesman Ian Morrison.

Friends of Canadian Broadcasting is an independent, non-partisan watchdog for Canadian programming on TV, radio and online that has no affiliation with any broadcasters. In addition to its findings of broad support for the CBC, its poll found that 95 per cent of Canadians agree or somewhat agree with a Liberal pledge to make independent, merit-based appointments to the broadcaster's board of directors.

Neither the Conservative Party, nor Scheer's office responded to requests for comment on this story.

Support for change in appointment process

Under the previous Conservative government, the CBC suffered heavy budget cuts that resulted in hundreds of staff layoffs. Much of its funding has since been restored by Justin Trudeau's Liberals, but the prime minister has yet to deliver on a campaign promise to end the practice of patronage appointments to its board of directors.

A previous poll by Friends of Canadian Broadcasting found that registered Conservative Party members are more aggressive towards the CBC than Canadians who would consider voting for the party. According to the poll released Monday however, Canadians of all political leanings are almost unanimous in their agreement of Trudeau's April 15, 2015 statement:

Ninety-two per cent of Conservative-minded voters agreed with that, said Morrison. The catch? The poll didn't identify that it was Trudeau who said it.

“Canadians obviously, despite all the flaws — the current management and things they do poorly — Canadians really care about (the CBC)," he explained. "They really want to see a change from the old ways when Harper was just putting in mostly financial supporters of the Conservatives."

The poll also found that 72 per cent of Canadians have high trust and confidence in the ability of CBC/Radio-Canada to protect Canadian culture and identity on TV, versus 32 per cent who have high confidence that private broadcasters are up to the task.

Concern with the decline of journalism in Canada

Broadly speaking, said Morrison, Canadians are troubled by the decline of both the quantity and quality of journalism in Canada. More than half of poll respondents (54 per cent) think Ottawa should be active in supporting local news, and more than 80 per cent agreed or somewhat agreed that there are far fewer working journalists creating quality news in Canada.

Six out of 10 believe Parliamentarians should also take steps to address this decline because quality journalism is important for Canadian democracy, said the poll.

"There’s definitely a sense out there that there’s a problem," said Morrison. "There’s a number of strong messages to the government (from this poll). One of them is that having public policies that encourage journalism, that encourage newspapers, radio and television is supported by Canadians of all political stripes."

Overall, Canadians place the most trust in TV, radio, and print news, with trust in online sources wavering (34 per cent trust or somewhat trust) and little trust at all in news reported on social media sites like Twitter and Facebook. Seven-in-ten agree their local MP should work to keep local broadcasting strong, and only a third think the fate of local news should be left for the market to decide.

To complete the poll, Nanos surveyed 1,000 Canadians, 18 years of age or older, between May 12 and May 17 either online or through a telephone agent. The results were checked and weighted by age and gender, and the sample was geographically stratified to be representative of Canada.

The margin of error for a random of this scope is plus or minus 3.1 percentage points, 19 times out of 20.

By National Observer | News, Politics | May 24th 2017
State of Journalism

The level of support for the

The level of support for the CBC indicated by this survey offers some small hope for the development of a true democracy in Canada. Unfortunately, it is also true that Andrew Scheer’s lack of understanding of the need for CBC or some other instrument like it to have a functioning representative democracy ,is one of his characteristics that showed he no more understanding of representative democracy than a pet rock. Indeed, such a characterization could be considered insulting to the pet rock.

The poll results are

The poll results are heartening, but I would like to know if the public sees bias toward one party in the reporting, writing stories to promote certain agendas, while not even reporting events that do not. If a person got all their world news from CBC's website, they would be completely unaware of much of what is happening, large and small.

In terms of revenue, I don't think it's just that people are looking to alternate sources. I've considered how CTV is owned by Bell, City TV owned by Rogers, Global tied to Shaw, and TVA owned by Quebecor; four companies that could try desperately to keep cable TV on life support. This is going to be interesting.

Andrew Scheer is an ideologue

Andrew Scheer is an ideologue, a bit over his head, but preaching to the same tight fisted, low browed bunch that generally prefers the pseudo news of a Fox network, to genuine journalism. We have to remember, for some 'reality has a left wing bias.'....but that's only because sometimes, the truth hurts those in power.

Long live public broadcasting; let's unit in supporting our CBC. Let's demand that it gets even better....we need reliable journalism that's not beholden to corporations or dirty extractivist energy companies.