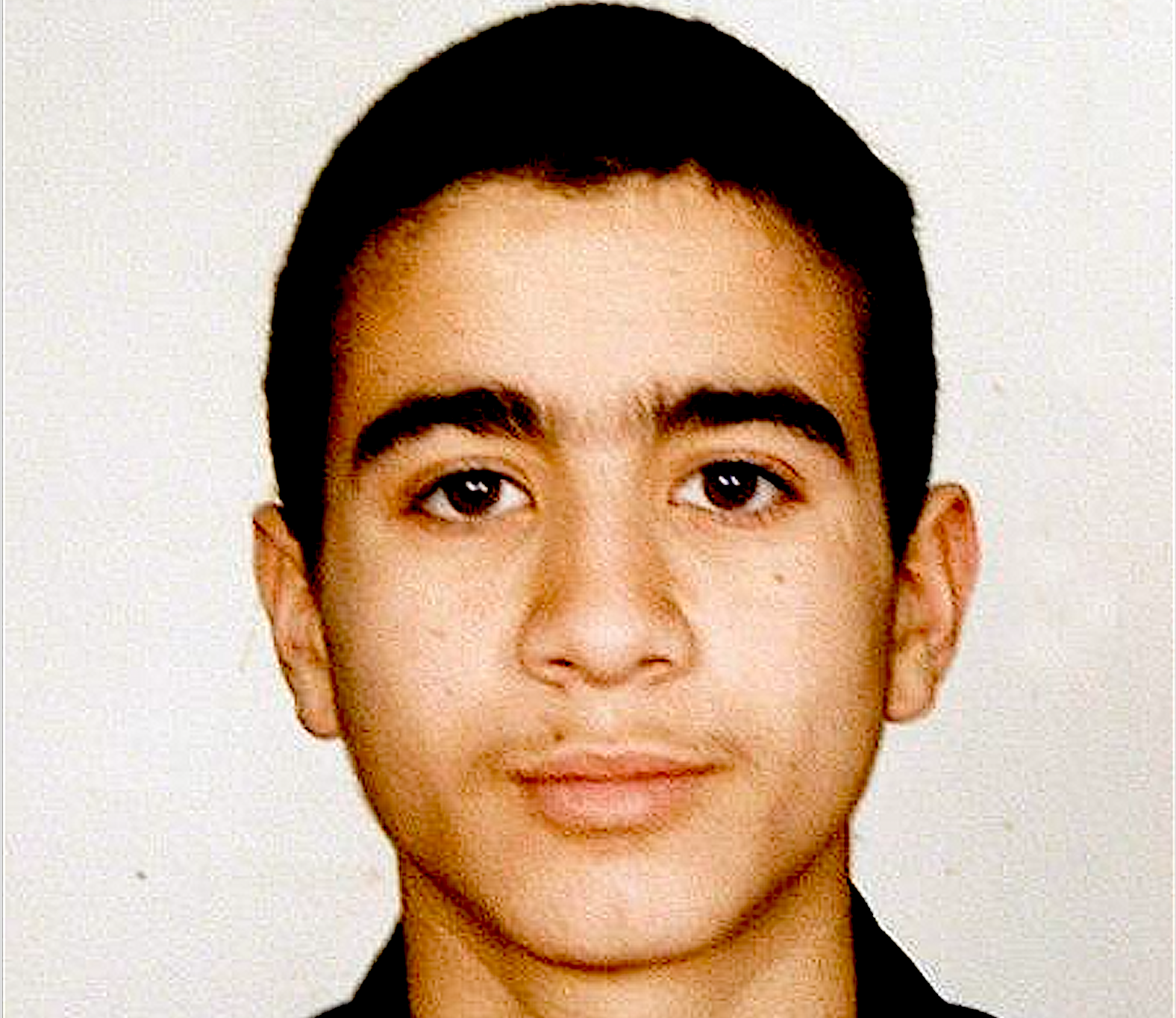 Omar Khadr has spent nearly half of his life in prison and only recently received an apology and settlement payment from the Government of Canada. Passport photo courtesy of Khadr's family in Toronto
Previous story
Next story

“Omar Khadr pulled the pin from a grenade and tossed it at Sgt. First Class Christopher Speer, a U.S. Army Delta Force medic, on July 27, 2002.”

So wrote Peter Kent, Conservative MP and foreign affairs critic, in The Wall Street Journal on July 16 this year.

Kent's op-ed was part of a full-on media blitz, where elected Conservative MPs took their grievances to American media after the Liberal government reached a settlement with Khadr reportedly worth $10.5 million. Michelle Rempel even appeared on Fox network's Tucker Carlson show.

Yet they have been conspicuously silent on one point. Just how exactly did Khadr "pull the pin from a grenade and toss it" at Sgt. Speer?

Let me be more precise: How did an 80 pound kid lying face down under a collapsed roof throw a grenade over an eight foot barrier and then 80 feet away to kill Sgt. Speer?

There's a challenge going around Twitter for Conservatives to explain it. The challenge is to read this review of the evidence, written from my perspective as a former prosecutor, and explain to Canadians how Khadr did it.

The Tories all know about it, because it's been called to their attention many times. Over 100,000 Canadian political junkies have viewed the Twitter challenge, and so far not one person can find the answer. Even Khadr's (probably false) confession doesn't explain it.

No one can explain it, because the evidence demonstrates that Khadr didn't kill Speer. It shows, in fact, that the U.S. military and the Canadian government knowingly misled the public about what happened in that firefight, and Conservatives are perpetuating that false narrative.

To briefly re-cap, here's the problem with the American story.

It's the photograph that cannot tell a lie.

Actually, it's two of them — military photos taken of the scene where Khadr were found after the brief firefight that mortally wounded Speer. For years the American military kept these images out of sight of Canadians and the U.S. public.

They were finally unearthed in 2009 by the superlative Toronto Star investigative reporter Michelle Shephard.

Here's the first. Omar Khadr's in this picture, but you can't see him.

The figure at the top isn't Omar Khadr, but a fighter who was shot and killed during a firefight, which supposedly took place just moments earlier. Khadr lies just below him, buried under the rubble of what is described in records as a collapsed roof.

That roof most likely collapsed on Khadr sometime during the four hour air bombardment that immediately preceded the firefight. This photo also appears to have been taken before he was shot in the back by U.S. Special Forces.

In the second photo below, taken after Khadr was shot, brush and debris appear to have been cleared from his head and torso. It doesn't look like his body has moved at all.

That Khadr is still partially buried suggests that he was shot where he lay. Neither photo shows evidence that he was even conscious at that point.

According to Shepard, military records indicated that “a soldier stood on top of Khadr’s body before realizing someone was buried.”

This flies in the face of the story America told the world about the boy known as Guantanamo’s Child.

According to that version, mere seconds after the gun battle, Khadr was discovered crouching or leaning on some brush, his back turned to American soldiers, and was then shot in the back. Which doesn't explain how he got buried under a collapsed roof.

In fact, long enough after the firefight that soldiers with cameras were photographing the scene, Khadr was still undetected, lying face-down and incapacitated, buried under rubble. He was probably shot in the back as soon as the guy who stood on top of him realized he was there.

Khadr was then patched together by a medic who described him this way, "I don't know if I can call him a little kid but he sure looked little to me. He's 80 pounds or something. He's a little guy...”

A riddle for the Tories

From the compound he was taken to Bagram, home to the largest U.S. military base in Afghanistan. He lay there in a coma for a week before undergoing a torturous interrogation while still severely wounded.

That Khadr confessed under agonizing pain and three continuous weeks of sleep deprivation is not surprising. That he pled guilty in the only possible legal path out of Guantanamo Bay is also not surprising.

But if his confession and guilty plea have any weight whatsoever, they have to match the known and incontrovertible facts. They must match the photographs of the scene.

So here’s the riddle Conservatives should have to answer: explain how Khadr did it.

It would be great if reporters would ask that question. Canadians should ask it in public. Folks on Twitter could put it to all the angry Tories still trying desperately to keep this story alive.

The answer is not that Khadr confessed. He’d have confessed to flying in on a dolphin from Mars, and so would we, had we been in his shoes.

Nor is the answer that Khadr's a terrorist.

The sole reason Canada left Omar Khadr to rot in Guantanamo Bay for a decade is because he was supposed to have killed an American soldier. Remember when the only prisoners in Guantanamo were the worst of the worst? These were people that Dick Cheney famously said would have to be killed if they couldn't be held there.

These were all people who were deemed so dangerous they could never be brought to America to be tried in open court. The death of Sgt. Speer is the only reason Omar Khadr was ever there at all.

So as Peter Kent, Michelle Rempel, Stephen Harper and, oh, Andrew Scheer hold themselves out as experts on that tragic death, go ahead and ask them to tell us just one thing.

How did Omar Khadr do it?

There was a full page article

There was a full page article run recently in metro news (Edmonton) that relayed the "true confession" of the medic who saved Omar, despite knowing immediately that he was the "boy who did special favours for the head of Isis" or some silly thing like that. I have misplaced the article. Has anyone seen it? It is so full of propaganda that it is pathetic and worth exposing.

What is it about

What is it about conservatives that make them so hate full? Their need to incite xenophobia and fear of 'the other' strikes me as either pathological.........or Machiavellian. Instead of working to build a society that creates prosperity for all its citizens, instead of tackling the real terror that climate change poses (let's stay tuned to all those fires...ALL OVER THE WORLD THIS SUMMER) they go on about a court decision that warns us all that there are consequences for violating human rights in Canada?

Has a fear of Islamic terrorism, encapsulated in the person of this captive child soldier, kept us frozen in our hatreds.......too obsessed with the details of torturing a symbolic victim, to notice that the world we think we are protecting by getting on board failed American foreign policies, is burning? When its not flooding or being visited by freak storms like Hurricane Sandy.

Getting your shorts in a knot over the decision of the Supreme Court to acknowledge the harm our meanness did to a child, might feel good.........if you're a white supremacist. Mom Nature doesn't give a rap for your racist indignation however........she's reacting to all those bombs, all that CO2, all that dirty growth.

And anyway. In Canada, our courts still seem to know the Law...so get red in the face Peter, Andrew , ,et al.: It took us awhile, but it's costing us plenty. And collectively, we well deserve the fine. The treatment of this young man brought shame on us all....let's learn from the court's ruling, and stop the Islamophobia.

They don't know if he did it,

They don't know if he did it, and they don't care if he did it or not. In the realm of conservative political discourse "the facts" are simply two words. And if you were to ask them to comment on the extensive writing that characterises Khadr's "trial" as riddled with lack of due process and and a series of after the fact rule changes, their eyes would grow even more opaque. Nothing is important but political gain.
It's sickening, but fortunately our collective stomachs are exhausted after 9 years of Harper, so no massive clean-ups necessary