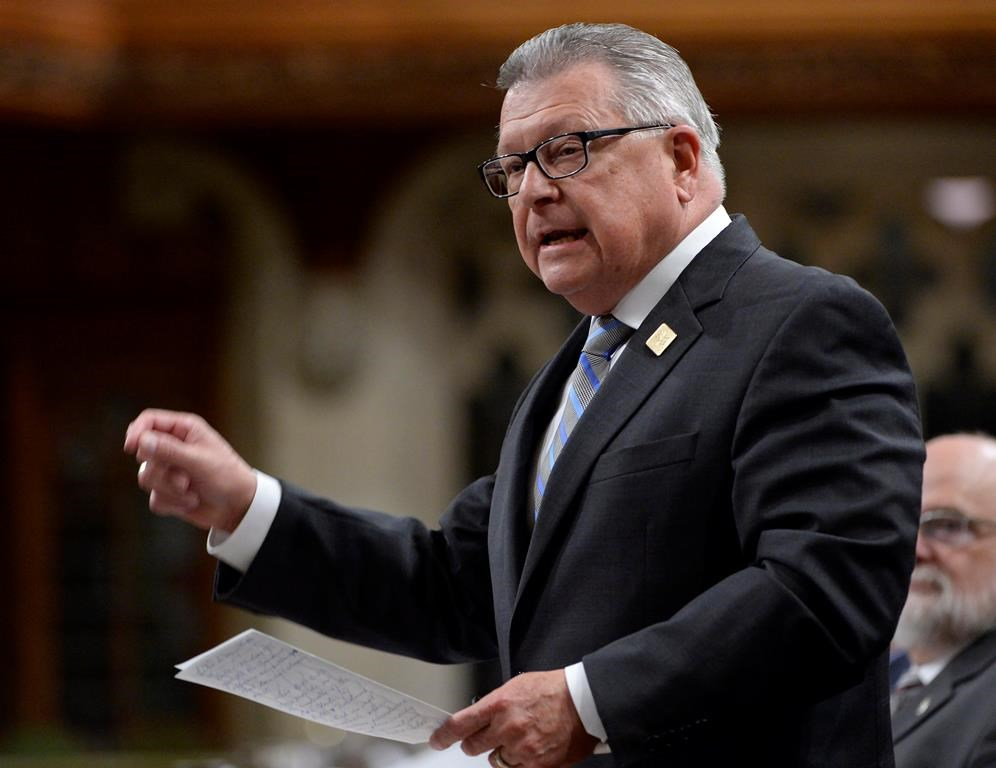 "Further protracted proceedings in the civil suit would add millions more in costs beyond the $5 million already accumulated and not including the damage claim itself of another $20 million in a case with virtually no chance of success." — Public Safety Minister Ralph Goodale, outside the House of Commons on July 7, 2017.

The Trudeau government formally apologized last week to Omar Khadr after federal officials breached his Charter rights while he was a U.S. prisoner at Guantanamo Bay in 2003.

The apology was prompted by a $20-million lawsuit that Khadr had launched against the government for the Charter violation, and included an out-of-court settlement reportedly worth $10.5 million.

Goodale on Friday defended the settlement by stating during a news conference that the government had no real chance of stopping Khadr's lawsuit.

That was why it was cutting its losses now to avoid having to pay even more in legal fees and damages.

Is it true, as Goodale said, that the government had virtually no chance of defending itself from Khadr's $20-million lawsuit?

This one earns a rating of "a little baloney" — the statement is mostly accurate but more information is required. Here's why:

Canadians are sharply divided over Khadr and his story, which is extremely complicated and stretches over 15 years. But the facts relating to his $20-million lawsuit are largely straightforward.

Khadr was sent to the Guantanamo Bay when he was 16 years old after being captured during a firefight with U.S. forces in Afghanistan in 2002.

He would spend 10 years at the notorious U.S. military prison, during which time he was interrogated by American and — in two instances in 2003 and 2004 — Canadian intelligence officials.

The Supreme Court later ruled in 2010 that those Canadian officials had violated Khadr's rights under the Charter of Rights and Freedoms during their interrogations.

Among the reasons was that he was questioned without a lawyer, despite being a minor, and officials knew during his second interrogation that Khadr had been intentionally deprived of sleep for three weeks.

"Canada actively participated in a process contrary to Canada's international human rights obligations and contributed to Mr. Khadr's ongoing detention so as to deprive him of his right to liberty and security of the person guaranteed by (Section) 7 of the Charter," the court ruled.

Khadr's lawsuit included allegations that Canadian officials were negligent and conspired with American counterparts to keep him detained, neither of which were tested by the Supreme Court.

But the main focus, which Goodale repeatedly cited as the reason for the settlement, was on whether the government owed him compensation for having violated his Charter rights.

One other thing to note: The Supreme Court officially ruled in 2010 that governments could be sued for violating an individual's Charter rights.

Legal experts were generally in agreement that the government had little chance of defending against Khadr's lawsuit.

"The Supreme Court of Canada has already ruled that the government breached Khadr's Charter rights," said University of Ottawa law professor Bruce Feldthusen. "This cannot be re-litigated. It is a given. So there is no possibility of 'winning' the case on the grounds the government did not violate his rights."

Lorne Sossin, dean of Osgoode Hall Law School at York University, was a little more circumspect, noting that there are always unknowns when it comes to how lawsuits play out.

However, he said, "in this case, the government certainly faced an uphill battle."

The government may have been able to defend against the charges of negligence and conspiracy, which weren't tested by the Supreme Court, said criminal lawyer Michael Spratt of Abergel, Goldstein and Partners LLP.

The federal Conservatives have blasted the Liberals for settling the lawsuit, saying the Supreme Court's ruling does not automatically mean Khadr would have been entitled to financial compensation.

"The Supreme Court decision in 2010 did not mention monetary compensation for Mr. Khadr," said Conservative spokesman Jake Enwright. "What was remedy enough for Mr. Khadr given the circumstances was that he was repatriated, and now he is living his life as a free man in Canada. That is compensation."

But the legal experts said the chances of such a result were extremely unlikely given historical precedence and the facts of Khadr's case.

"It is possible that the court would say 'We're not going to grant you any compensation for that,'" Spratt said. "But it is much more likely that damages would be higher, that millions of dollars would be spent in litigation, and that things would come out worse."

Could the government have saved some money by negotiating a lower settlement or even fighting Khadr's lawsuit to the end? That question will no doubt be debated for years.

But it seems that Goodale's comment was close to right that the government's chances of fighting off the lawsuit and avoiding having to pay any compensation to Khadr were practically nil.

Still, some experts noted that not every part of the lawsuit was tested by the Supreme Court, and no court outcome is ever entirely predictable.

For those reasons, Goodale's statement ranks "a little baloney".

Not about 'profiting:' Khadr opens up on settlement of his fight with Ottawa