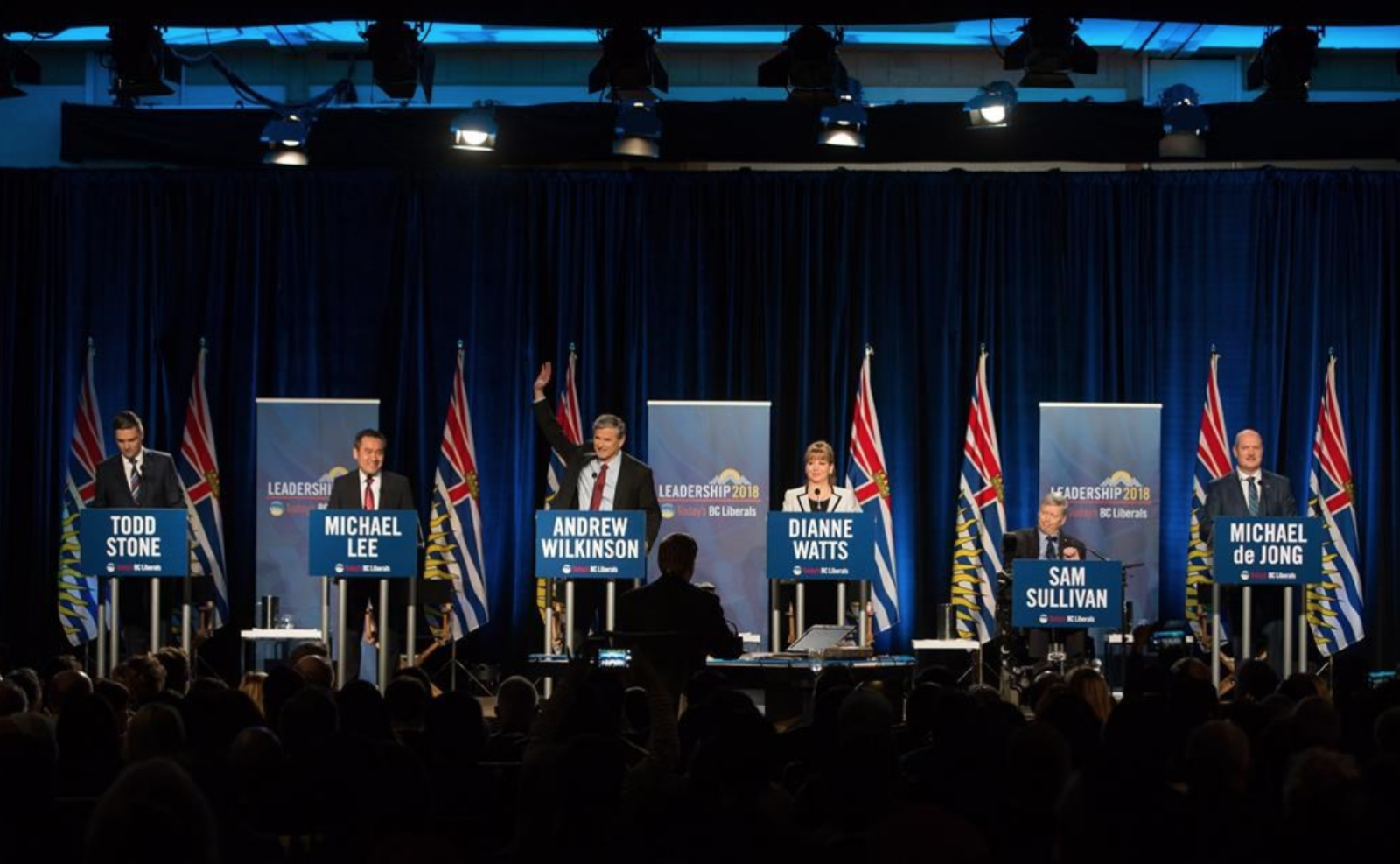 Tempers flared at the B.C. Liberal leadership debate in Vancouver as veterans butted heads over the future of the party with newer faces calling for change.

But Wilkinson called into question Lee’s lack of experience and his calls to expand the party’s appeal to voters.

"I’ve been out in the trenches for a long time doing this work, and I see you having arrived now claiming that we somehow failed at the job," he said, adding that Lee was "new at the job."

The comment prompted Lee to say "don’t patronize me."

"Attitudes like that, it’s no wonder we’re still in opposition," Lee said.

The BC Liberal party is not affiliated with the Liberal Party of Canada and describes itself as "a made−in−B.C. free enterprise coalition." That coalition includes members of the federal Conservative and Liberal parties.

The role of party leader became vacant in August when Christy Clark stepped down after the Liberals were dumped from power in a confidence vote, ending the party’s 16−year stretch in office.

The six candidates began the campaign doing some soul−searching as to why the party lost seats in last year’s spring election.

Like Lee, Watts also poised herself as offering "a fresh start and a proven track record" to reconnect with voters.

But de Jong, a former finance minister, took aim at the details of her campaign platform, including a call to end transferring profits from the province’s crown corporations to the government coffers.

Veteran candidates were also in the defence over their track records.

Stone, a former transportation minister, said he was proud of having negotiated federal funding for rapid transit projects and invested in roads and highways around the province.

But Wilkinson said under Stone’s watch, a referendum to implement a mass transit strategy for the Lower Mainland failed, high tech ride−hailing services like Uber remain illegal and the province’s insurance corporation fell into financial turmoil.

An issue all six candidates did agree on was defeating an upcoming referendum on the province’s voting system.

The governing NDP has said it will support a move to proportional representation, which the Liberal candidates say is an attack on the democratic system and will give large urban centres too much influence over the legislature.

"We need to get away from the politics of division, and that’s what this will create more of," Lee said.

Party members begin casting their ballots on Feb. 1 and the new leader will be announced Feb. 3.

"Politics of division'....this coming from the most past regressive govt. possible. Does de Jong realize what a scandal it has been raiding crown corporations for general revenue to the point ICBC and BC Hydro are seriously in trouble. All to replace tax cuts mostly for the wealthy and corporations. This is the kind of thinking that has enriched those already who are rich, given power to those already powerful. Really? 'Proportional representation undemocratic?'.... an electoral system where the number of elected MLAs from a party is proportional to the votes that party received. No more the minority of 39% popular vote dominating the majority. This has been a recipe for policy and legislation that does not represent the majority view. I support a system that does. That elects MLAs who are prepared to consider all points of view, negotiate, compromise in short form coalitions. This form of govt. will not solve all our problems but it will give us decisions based on a more thoughtful, inclusive approach. Bill Eadie