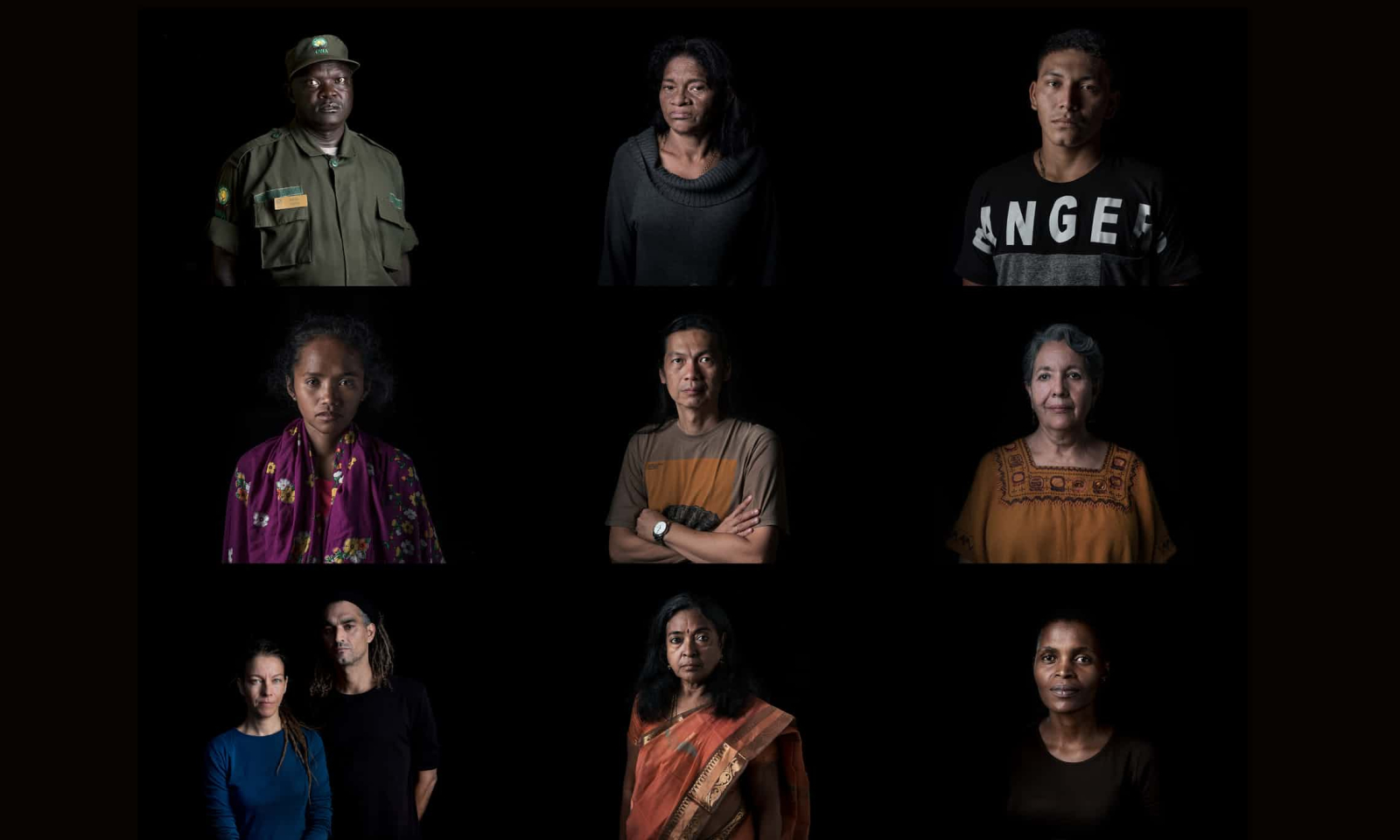 Even before I knew who she was or what she had suffered, there was clearly something special about Marivic Danyan.

The young T’boli woman was standing silently in a noisy crowd when we reached the village of Datal Bonglangon, deep within the conflict-riven island of Mindanao, in the Philippines.

The 28-year-old was so diminutive that I thought at first she was a teenager, but there was an intensity in her gaze and a strength in her handshake that suggested she had something extraordinary to relate.

It was not until two days later, when she felt fully able to trust us, that she revealed how her husband, father and two brothers had been killed in a single attack by the Philippine army. She had then pieced together her loved ones’ bodies, buried them, and was now carrying on their campaign to regain ancestral land from a coffee plantation.

Danyan’s story – quietly told at night over a chorus of insects and frogs – was among the most harrowing I have heard in 22 years as a journalist. But it might never have emerged if the Guardian had not embarked on a unique project to record and report on the deaths of land and environmental defenders across the world.

Over the past year, the Guardian has collaborated with the watchdog group Global Witness to keep a tally of the dead, name the victims and – where possible – to publish their pictures and tell their stories. In 2017, a record 207 people were killed. So far this year another 66 have been added to the toll.

In any conflict, the last thing a dominant power wants is for the outside world to know the cost of their victory. They criminalise and dehumanise their opposition, downplay the importance of the struggle, and obscure the number of victims.

This is particularly true of the battle for the global environment, which often goes unreported because it takes place in remote regions that are expensive or dangerous to reach. If disputes are covered at all, they are usually portrayed as disparate, distant, low-intensity challenges to “development” and the establishment.

By gathering these individual stories together, the Defenders project highlights the global trends behind these struggles: the growing appetite of humankind, the increasingly violent competition for food and minerals, the capitalist devaluing of nature, and the rise of dictatorial politicians supported by extractive industries.

To mark the anniversary of this project, we are raising the profile a step further by staging a month-long exhibition of portraits by the photographer Thom Pierce of 10 activists who are defending forests, rivers, coastlines and wildlife in the Coral Triangle, Sierra Madre, Pondoland, Anatolia, Mindanao, Tamil Nadu, the Brazilian Amazon and the Ugandan savanna.

The Guardian’s extraordinary Defenders project recorded the deaths of people around the world fighting to save the planet. Here, the series’ lead writer remembers their stories

These are faces of courage, anxiety, tragedy and determination. All had experienced threats or seen colleagues killed. Although their campaigns were peaceful, most lived with an almost daily risk of assassination. Two needed bodyguards. Many had to be photographed or interviewed in safe houses.

But they are also faces of inspiration. Each of these individuals is risking their lives for their land and our Earth.

Danyan did not choose her struggle; she inherited it. Up until the army attack last December, she had been mostly identified by her traditional roles as a mother, a wife, a sister and a daughter. But she was also respected as the first person in her village to graduate from high school. Now she could become the first female chieftain, replacing her dead father. She vowed to use the law and the media to continue his campaign.

The other stories are similarly compelling: Birhan Erkutlu and Tuğba Günal, the Turkish artists who became accidental hi-tech activists; Robert Chan, who leads an eco-vigilante group disarming illegal fishermen and loggers; Samuel Loware, a Ugandan ranger who survived being shot by poachers; Maria do Socorro Silva, a descendant of rebel slaves now battling the world’s biggest alumina refinery in the Amazon; Nonhle Mbuthuma, the Amadiba campaigner against a titanium mine on South Africa’s Wild Coast; Fatima Babu, the Indian anti-pollution activist who helped to close down a giant copper smelter after the massacre of more than a dozen protesters; Isela González, the former nurse who devotes herself to indigenous land rights in Mexico; and Ramón Bedoya, a 19-year-old Colombian campesino who wants to create a biodiversity zone on the edge of a palm oil plantation.

It was not always easy to interview and photograph them. Chan no longer dares to leave his organisation’s headquarters because of the dangers of assassination. Bedoya is at such high risk that he has been assigned two armed bodyguards and a bulletproof car by the Colombian authorities. González was unable to visit the communities she represents because of the threats to her life. Babu was reluctant to be photographed near the smelter because police might recognise and harass her. For journalists, such anxiety is a temporary inconvenience. For the subjects, it is a fact of everyday life. As Mbuthuma said: “I thank God each morning that I am still alive.”

None of them set out to be activists, let alone pin-ups for the environment. In many cases, they – like Danyan – inherited their struggles or became caught up in disputes when outsiders threatened their homes. But they also see the global pressures behind their local conflicts and want their stories to be told more widely so others can learn, follow and help.

The Defenders exhibition is being shown at Kings Place in London until 31 August. Entry is free. Support provided by Global Witness and UN Environment