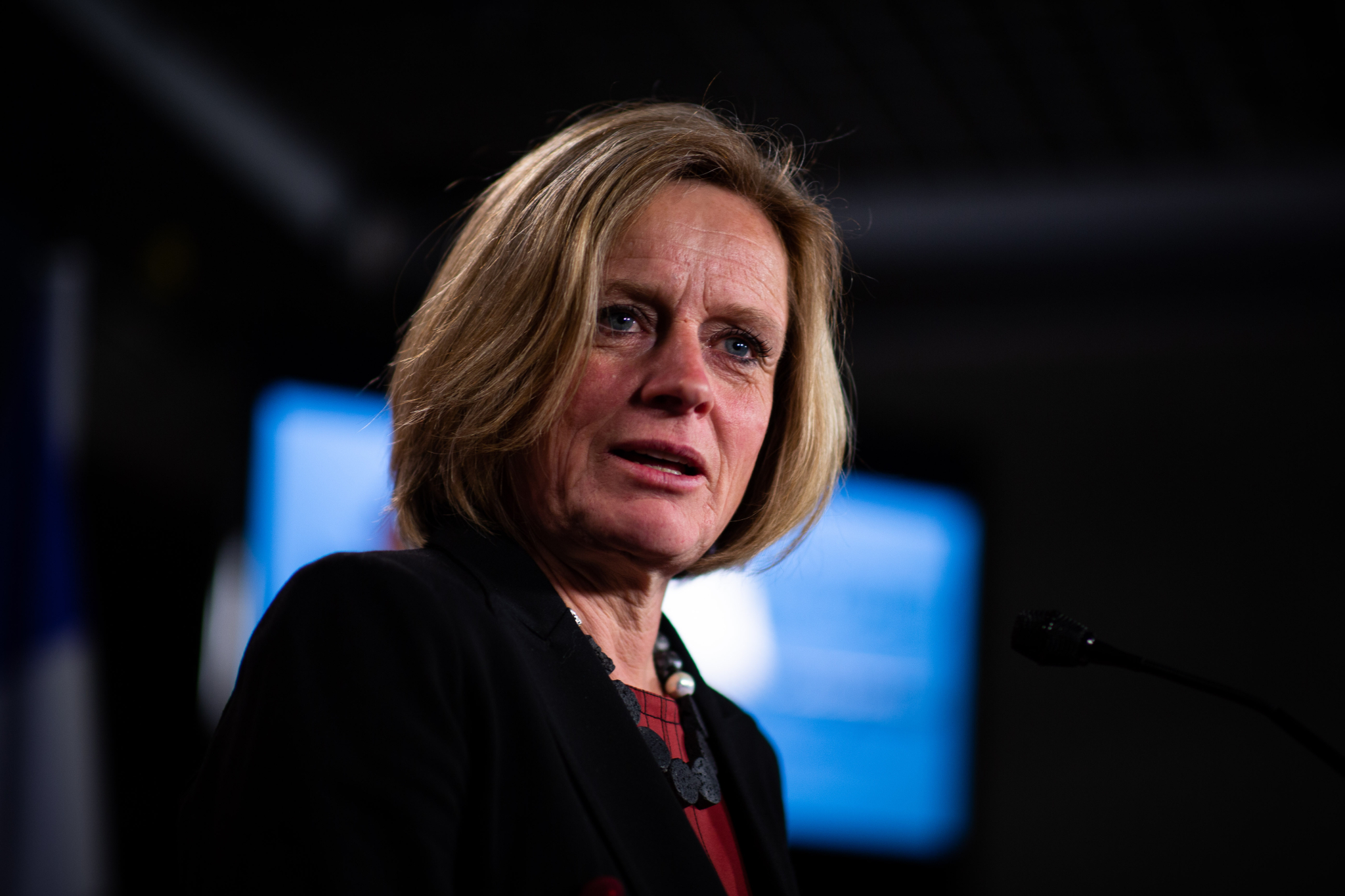 A week after the Federal Court of Appeal halted work on the energy megaproject, Notley told reporters in Calgary that she wants clear answers from Prime Minister Justin Trudeau but is not prepared to threaten further action - beyond last week’s pledge to pull out of the national climate plan if the pipeline doesn’t proceed.

“I’m not quite there,” she said in response to questions about what other measures her government might take to try to get the project restarted.

“I do believe the federal government is seized of the matter.” The question now is whether the government will act fast enough, she said.

“We and industry are trapped on a regulatory merry-go-round and only the federal government has the tools and the authority to bring it to a permanent halt.”

The Aug. 30 ruling quashed the Trudeau government's approval of the pipeline project on grounds the National Energy Board regulatory review did not take tanker traffic into account and that First Nations were not adequately consulted.

Notley said she wanted those items dealt with in a way that does not create “another opportunity for legal gaming” that could stretch proceedings too long.

Shareholders of Texas-based Kinder Morgan voted almost unanimously to sell their interests in the existing Trans Mountain pipeline system to the Canadian government for $4.5 billion at almost the same time as the court ruled.

The Trans Mountain expansion, if built, would triple the capacity of the existing pipeline system, to ship up to 890,000 barrels of bitumen and other petroleum products from Alberta’s oilpatch, to a Burnaby terminal in metro Vancouver.

Notley was in Calgary Thursday to meet with the Canadian Association of Petroleum Producers (CAPP), a lobby group for the oil and gas industry, about the impact of the court’s decision.

She declined to get into specifics of what was discussed, but said the mood among the industry leaders was “tense and concerned.”

Officials with CAPP declined interview requests, but sent a statement in response to written questions from National Observer about what transpired during the talks.

“CAPP appreciated meeting with the premier of Alberta," wrote CAPP spokeswoman Elisabeth Besson in an email sent on Friday. "Our industry leaders shared the major challenges they are facing with regard to their ability to raise capital, which affects the province as well as the country’s economy. We need an action plan to begin construction on the Trans Mountain Expansion as soon as possible, including legislation that clarifies the regulatory process in order to start restoring investors’ confidence and Canada’s competitiveness.”

She repeated her call for the federal government to appeal the decision to the Supreme Court of Canada so as to provide clarity and certainty about the approval process for other major industrial projects even if it doesn’t speed completion of the pipeline.

Notley also called again for changes to the legislation governing the National Energy Board to ensure the court’s demand for additional study on the impact of increased oil tanker traffic from the pipeline did not kickstart a “whole new hearing process.”

As part of the federal government’s purchase of the project, Alberta has said it will cover up to $2 billion in costs due to delays in the construction so long as it is eventually built.

But Notley refused Thursday to specify the exact provisions of that pledge despite a prior promise to do so once the sale was complete.

“People and Albertans will hear soon,” she said. “It’s definitely going to be value for money (if the pipeline is built).”

Richard Masson, an executive fellow with the University of Calgary’s School of Public Policy and a former chief executive of the Alberta Petroleum Marketing Commission, said there is little more the province can do to speed a resumption in construction of the pipeline expansion.

While the federal government may appeal the decision to the Supreme Court of Canada, Masson said in the interim he expects it will abide by the decision and do the needed study and consultation ordered by the appeal court panel, instead of trying a legislative fix to the problem.

“Then you can say to everybody who was a critic that here were the deficiencies and now we’re ready to move forward,” he said. “You won’t get accused of taking shortcuts.”

David Wright, an expert on natural resource and Indigenous law at the University of Calgary, said the Trudeau government has little choice but to follow the course set out by the appeal court justices.

“The magic words from the decision are ‘confidence of cabinet,’” Wright said.

“The Court said there needs to be someone at the table during the consultation with Indigenous groups with the authority to speak on behalf of the federal government.”

He expects that a more meaningful consultation with First Nations may result in additional conditions being attached to the pipeline project.

Editor's note: This article was updated at 2:07 p.m. ET on Sept. 7, with a new statement from the Canadian Association of Petroleum Producers.

kinder garden children have more respect of thier sand box

It sounds to me, from what

It sounds to me, from what Madame Notley is stating that she does not care for any form of consultation with First Nations Peoples. Just get the federal government to pass the legislation and ALL others be damned!
Not a very good approach to take.

Politicians can say whatever

Politicians can say whatever they want....in the age of Trump we know this.
As long as 'the rule of law' exists in a country, they can't just legislate court decisions out of existence...trying to do that would only grow the resistance on the ground to the project they'd be trying to jump start.

This is one project....and one with significant downsides, whatever local politicians and CAPP representatives might try to say to convince us otherwise. By passing the rule of law, because suddenly it isn't on your side would threaten Canadian democracy itself.

Notley and her puppet masters

Notley and her puppet masters, the honchos of the glaringly corrupt and failing oil and gas sector are certainly in the unenviable position of backing the wrong horse. Their reckless gambling with lives, ecosystems and the planet is coming unravelled - and it can't implode soon enough. Maybe Rachel would lose some of those raddling facial lines if she turned Alberta around and invested in sustainable energy?

Fat lot of good building the

Fat lot of good building the pipline will do if there are no customers at the end of the line. How much longer will Alberta and the OIL/Gas cabal continue to peddle their lies?