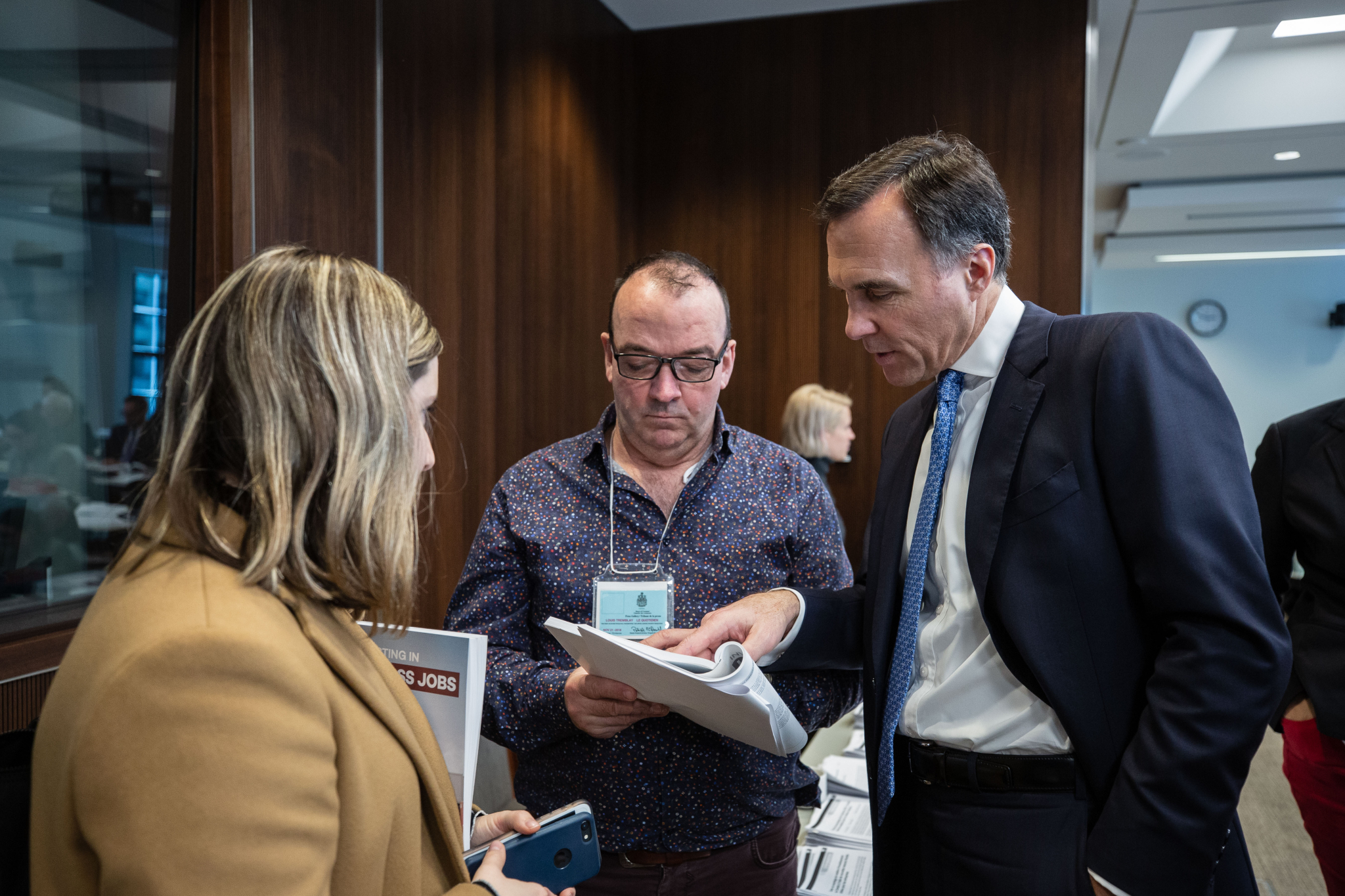 Canada's parliamentary watchdog has made some changes to a recent report on the Trans Mountain pipeline and its expansion project, rejecting previous criticism of its research by Finance Minister Bill Morneau.

The blog post that accompanied the Jan. 31 report of the Parliamentary Budget Office (PBO) was also updated Tuesday afternoon to "respond to additional questions raised by parliamentarians following the release of our report."

If completed, the expansion project would add a new pipeline that would triple the capacity of the existing Trans Mountain system to about 890,000 barrels of crude oil and other petroleum products per day.

But the original PBO report concluded that the government had likely overpaid for Kinder Morgan assets in 2018 when it purchased the Trans Mountain pipeline and the rights to build the expansion project for $4.4 billion.

On the day the report was released, Morneau had questioned its fundamental numbers. The PBO had calculated that the Trudeau government's $4.4 billion payout was "at the higher end" of the troubled pipeline project's true value of between $3.6 billion and $4.6 billion.

Morneau argued this didn't take into account $325 million in capital gains taxes that the original owner, Kinder Morgan, had estimated it would pay.

"I can do the math for you," Morneau told one reporter outside the House of Commons. "If you add 3.6 and 4.6 and divide by two, you get 4.1...the purchase price was 4.5 billion dollars less the amount of tax advantage, which brings it to 4.1 billion dollars."

Not so, the PBO said Tuesday.

"PBO believes that the estimated $325 million in capital gains tax revenue on the sale of the Trans Mountain assets should not be included as part of the value of the assets," it shot back in its revised blog post.

The office said it had examined future expected cash flows for the pipeline assets, and capital gains tax does not affect those cash flows.

It also pointed out that the government would have been getting the tax money anyway.

"Had Kinder Morgan sold the Trans Mountain assets to another buyer, the Government of Canada would still collect the capital gains tax revenue," the PBO wrote.

The revised post also noted that the government has only reported a single month's worth of operating results from the existing pipeline system and related infrastructure, like oil terminals, making it hard to calculate ongoing results.

This single month of results is contained in a quarterly report issued by Canada Development Investment Corporation, the Crown corporation that now owns and operates the pipeline.

National Observer first reported Dec. 5 that the corporation's interest expenses were $21 million over that month, a number the PBO repeats in its revised post.

"It is unclear whether this single month of data is representative of ongoing results," the PBO wrote.

Administrative assistant Jocelyne Scrim had confirmed to National Observer in a phone call earlier Tuesday that the report was being updated to fix “minor editorial mistakes that hadn’t been caught originally."

“With the new blog that’s being updated, there will be a link to the report that’s being slightly revised,” said Scrim. “If somebody points out an error, even if it’s a minor error, we like to make some changes. But in essence, the report is the same.”

Scrim said she was “not sure” who pointed out the error, but she said it was a normal process to undergo editorial changes to reports after they are published.

“There were a few minor tweaks in the report, just some very minor editorial — not numbers, or anything — just minor editorial mistakes that hadn’t been caught originally.”

If it weren't such a tragic

If it weren't such a tragic misuse of tax moneys, I would do a "told you so" chuckle at the PBO report. I long ago decided that I would never hire Morneau & Co. as financial advisors.

It makes me very curious to

It makes me very curious to know why the police did not interfere with the pro-pipeline convoy, but were dressed in tactical fear for the pipeline protest in Wetsuwan.

It would be interesting to see how much money the police accept from the fossil fuel Industry. They most certainly seem to protect fossil fuel interests.

What's the easiest way to

Find yourself a girl for the night in your city: https://www.shadycanyongolfclub.com/default.aspx?p=TrackHyperlink&url=ht...

Find yourself a girl for the night in your city: http://oaosrt.ru/bitrix/redirect.php?event1=&event2=&event3=&goto=https:...