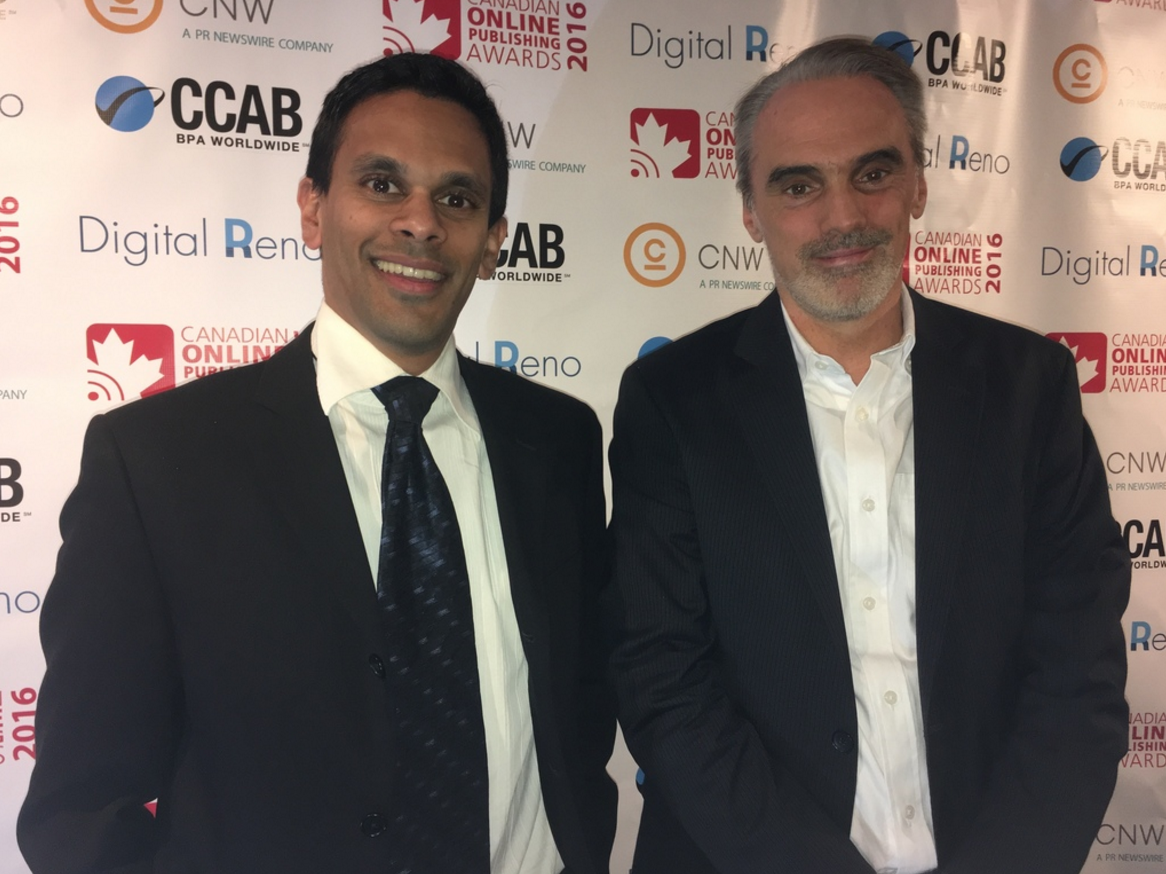 National Observer took home three gold prizes and one silver prize for outstanding media performance between 2015 and 2016, including the grand slam title, "Best of Canada" in the Independent Publisher of the Year category at the Canadian Online Publishing Awards in Toronto on Monday.

It all comes down to you

"National Observer's victory is evidence of what can be accomplished in a newsroom with few resources but lots of resolve," said founder and Editor-in-Chief Linda Solomon Wood, who was honoured to have her team considered among Canada's best and brightest in journalism.

"Congratulations to those (other) organizations, too, who picked up awards in other categories for doing exemplary work in such difficult financial times for media," she said. "Your journalists and tech creators are your greatest asset, as are ours.

"But most importantly, thanks to all our readers, donors, subscribers and investors for believing in the work we do, and getting behind it with your valuable resources of time and money. It all comes down to you."

Award-winning pieces of the evening included Elizabeth McSheffrey's exclusive investigation on environmental and safety rights violations at Canadian mines in South America and the whistleblower who reported them, Bruce Livesey's dynamite feature on the decline of the Postmedia empire, and Sandy Garossino's stinging column on the dangers of media endorsing political candidates.

Read them all here:

Congrats to NatObs! You earned this!!!

No surprise here. Thank you

No surprise here. Thank you to the crême de la crême!