By Davide Mastracci | Opinion, Politics | September 18th 2019
#101 of 115 articles from the Special Report: State of Journalism 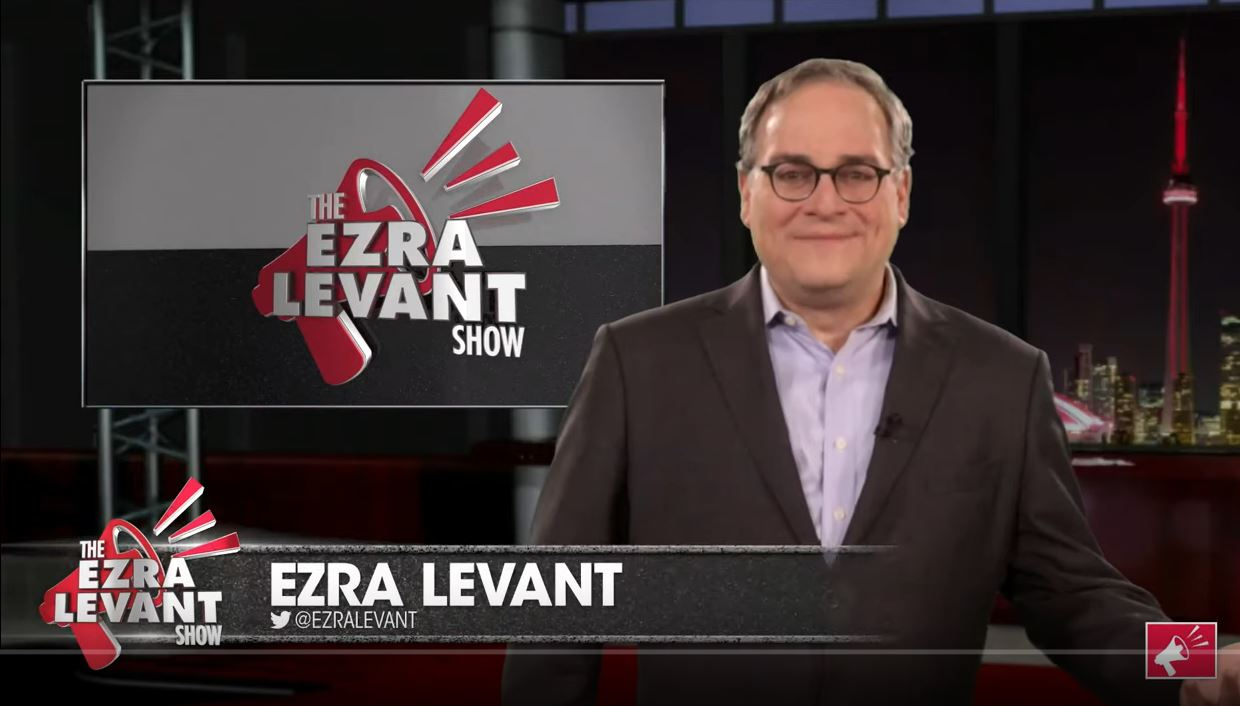 This is becoming increasingly difficult to ignore.

On Monday, the Globe and Mail published a column it had asked Rebel Media co-founder Ezra Levant to write. Levant decried how Foreign Affairs Minister Chrystia Freeland intended to bar a Rebel Media reporter from a Q&A session at a July conference in London. Freeland eventually relented after the journalists present, including a Globe reporter, refused to participate in protest.

Editors at the Globe and Mail have a legal right to publish Levant, just as he has the right to free expression. But a right to speak doesn’t guarantee a platform, and editors having the autonomy to make a decision doesn’t justify their choice.

The Globe and Mail was wrong to publish Levant’s most recent article for the same reason Freeland would have been right to bar a Rebel Media reporter: Rebel Media is a source of dangerous right-wing propaganda posing an active threat to marginalized groups in Canada.

Rebel Media has employed and platformed several far-right figures, including Gavin McInnes, founder of the Proud Boys, which is a Southern Poverty Law Center-designated hate group. Some members of the Proud Boys have been convicted of assault for attacking anti-racist protesters. Others also took part in organizing the 2017 “Unite the Right” rally in Charlottesville, where a neo-Nazi killed a protester and countless racialized people were assaulted. McInnes, who has made anti-Semitic rants, attributes his influence to the publication, recently telling Levant, “You made me famous.”

The man who killed six people in the 2015 Quebec mosque shooting, Alexandre Bissonnette, was found to have routinely checked McInnes’ Twitter account before the attack, as well as those of guests who had appeared on Rebel Media.

Meanwhile, the suspect accused of killing four people in a 2018 mass shooting in New Brunswick cited Rebel Media as one of the only publications he found to be trustworthy. He specifically mentioned reports from former employee Faith Goldy, who appeared on a neo-Nazi podcast the weekend of the Unite the Right rally.

Rebel Media is currently the subject of a formal criminal complaint from Ottawa-based human-rights lawyer Richard Warman, accusing it of “wilfully promoting hatred of the Muslim community through hate propaganda published to the world.”

"The bare minimum all reporters within Canada can do is refrain from embarrassing themselves by acting as activists for Rebel Media employees, as they have done in the past" - @DavideMastracci

Meanwhile, Faith Matters, an anti-hate and extremism organization, recently released a report claiming Rebel Media is arguably a “gateway to genuine Nazi rhetoric.” Another recent report, from a group of Brazilian scholars, found Rebel Media is part of a “radicalization pipeline” on YouTube, in which users “consistently migrate from milder to more extreme content” ending with exposure to “fringe far-right ideology.”

Any journalist counting Rebel Media among publications worthy of professional solidarity has to wilfully ignore these facts, or accept them but conclude it’s still a news outlet just because Levant says so. Neither option is excusable. By publishing Levant and allowing him to whitewash his site’s record by labelling reporters he employs as “right-leaning” who simply ask “prickly questions,” the Globe has sheltered him under the umbrella of the paper’s reputation and thereby helped to legitimize Rebel Media.

Readers are responsible for holding the Globe and Mail, and other publications that have platformed Levant and his ilk (including Postmedia publications and the Toronto Star), to account.

Many have expressed outrage with the Globe’s decision to publish Levant, although it should not come as a complete surprise. The Globe has published Levant on at least eight other occasions. There was also an unsigned editorial in defence of Rebel Media in 2016 after Alberta’s provincial government planned to bar them from news conferences and events. The Globe’s editorial board wrote that Rebel Media is “self-evidently a media outlet” because they “cover the news, criticize the government and comment on society.” It added, “You can like it or despise it, think it amateurish or low-budget, but that's irrelevant.”

Regardless of how overdue the step may be, Globe readers claiming to have cancelled their subscriptions are on the right path, as material consequences are a concrete way to hold publications to account.

Meanwhile, on Tuesday, Canadaland reported that Levant’s article was “personally commissioned by editor-in-chief David Walmsley, who pushed it through over the objections of editors in the paper’s opinion section.”

The Globe’s union released a statement saying, “On behalf of our members, we strongly reject management’s decision to publish this article.” But mere statements aren’t enough, and all Globe employees now face a choice. If they truly oppose Walmsley’s decision, and the vile rhetoric spewed by Rebel Media on a daily basis, they need to fight back. Otherwise, they are complicit.

Additionally, the bare minimum all reporters within Canada can do is refrain from embarrassing themselves by acting as activists for Rebel Media employees, as they have done in the past.

Any future protest on behalf of Rebel Media will make clear that journalists have put a dangerous and misplaced conception of solidarity with a far-right source of hate over the communities they're supposed to serve.

Postmedia's employees should stand up to their right-wing bosses

I have never (knowingly) seen

I have never (knowingly) seen or read a Rebel Media (such pretension!) publication/article. I have been reading about this charade masquerading as a news outlet primarily from its critics and am now told by Press Progress that Rebel Media is suing PP! What I cannot understand is why RM has not hitherto been sued by the victims of its venom. I realize that doing so would only give them another platform but a successful suit might halt their operation as we hope the publication of "Our Neighbourhood" in Toronto is halted, at least while the editor and publisher serve their respective jail terms!

Those who unapologetically write and publish malicious untruths cannot be considered "legitimate" news sources. And those who invite or enable their access to legitimate news media are in imminent peril of losing whatever trust the public places in them. Cancelling subscriptions, is one remedy, abandonment by advertisers is probably more lethal.

Sadly, a law suit costs a

Sadly, a law suit costs a great deal of money - and compensation is never sufficient to the damage done.
Similarly, the successful provincial human rights complaints against Levant have done little to teach him civility and respect for the truth. We live in an environment where the Harper Conservatives have stripped the teeth from federal hate speech legislation - at the service of the man who originally handed his safe riding over to Stephen Harper: Ezra Levant. Consequently, hate speech has become Canada's largest media export - and Levant continues to prosper while buttressing Conservative ideology.

I’m among those who formerly

I’m among those who formerly subscribed to the Globe but cancelled my subscription over irresponsibly minimal coverage of the climate crisis and a progressively worsening rightward leaning in their news coverage. I was not confident the Globe is not colluding with Conservative political actors and with the fossil fuel industry and its boosters and main investors. I don’t miss reading it, and am happy not to support the organization monetarily anymore.