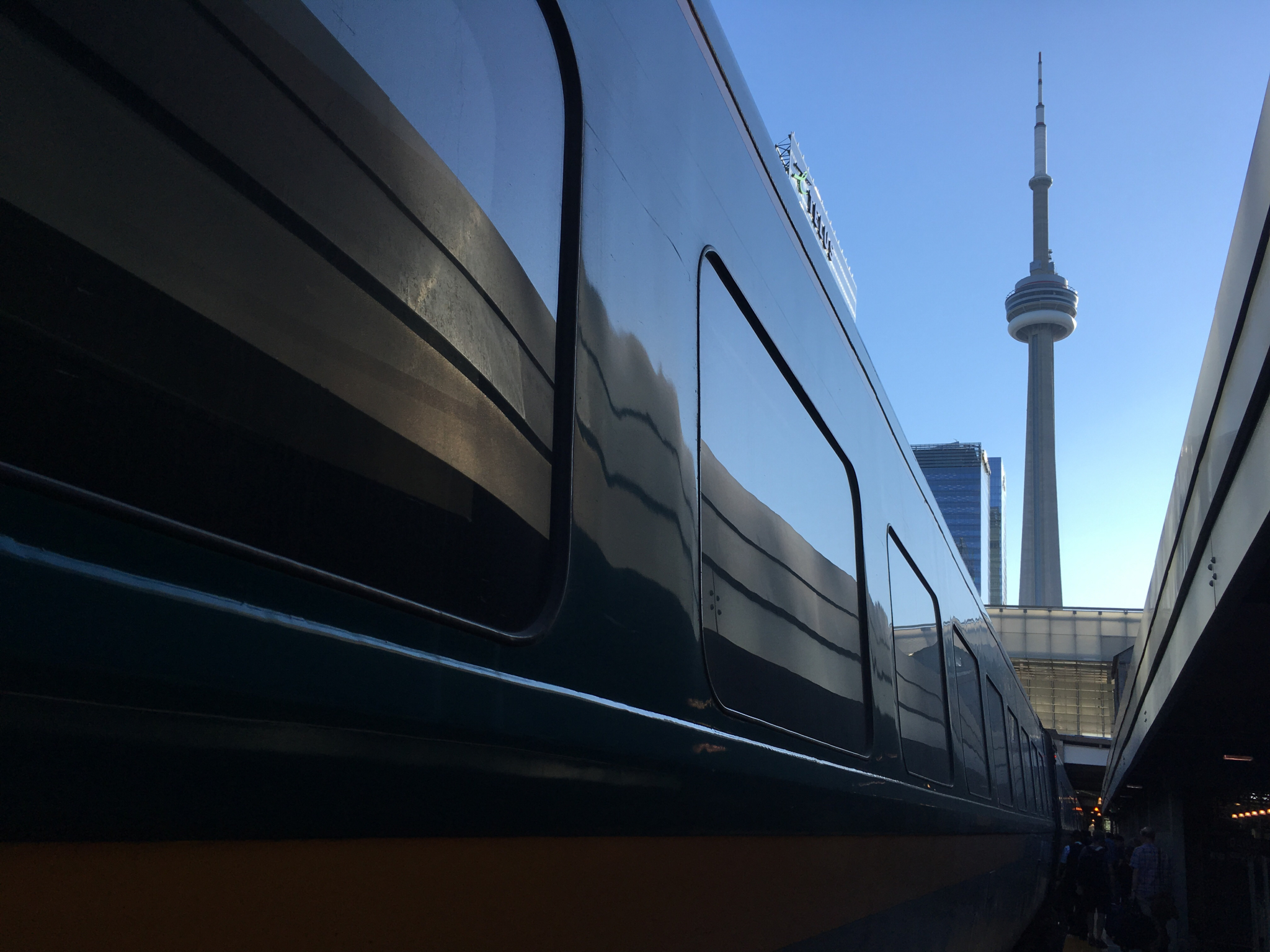 A 'presumptive' case of the new coronavirus originating from Wuhan, China has been identified in Toronto. File photo by Mike De Souza
Previous story
Next story

The patient, a man in his 50s who is in stable condition, arrived at Toronto Pearson International Airport on Jan. 22 after travelling from Wuhan, China, where the virus originated. At a hastily-organized press conference at Queen's Park Saturday evening, officials urged calm but had few concrete details to offer about where exactly the man had been and which groups of people may be at risk.

"We have been actively monitoring to quickly detect and contain any cases of the Wuhan novel coronavirus," said Ontario Health Minister Christine Elliott.

"I want to assure all Ontarians… that the system is working."

The Toronto patient's case hasn't yet been confirmed — public health officials are “pretty well 95 per cent sure it is” coronavirus, said David Williams, Ontario’s Chief Medical Officer of Health — but samples have been sent to the National Microbiology Laboratory in Winnipeg for testing.

"The risk to Ontarians is still low," Williams said.

In China, 42 people have died from the virus.

Toronto's Medical Officer of Health, Dr. Eileen de Villa, said municipal, provincial and federal public health officials are working together and trying to determine who might have come in contact with the patient. Officials said they couldn't definitively say which flight the man arrived on or where his home is located, but said coronavirus appears to not spread between people very easily.

The man seems to have had "very little external contact" with others, de Villa said. His family members are currently being monitored for signs of infection.

"We feel that we’ve got this well managed at this point in the game," de Villa said.

At a hastily-organized press conference at Queen's Park Saturday, officials urged calm about #coronavirus. But they had few concrete details to offer about where exactly the man had been and which groups of people may be at risk.

The patient left Wuhan on Jan. 2, flying from there to Guangzhou and arriving in Toronto on Jan. 22. He travelled from the airport to his home using a private vehicle.

Officials didn't divulge a flight number, but said they are working to identify people who might have been sitting within three rows of the man and been at highest risk.

"Within a day (of arriving home) he became quite ill," said Dr. Barbara Yaffe, the province’s associate chief medical officer of health.

On Thursday, Jan. 23, the man asked a family member to call 911. The patient made sure the paramedics were aware of his travel history, so they were able to use proper protection against the virus, Yaffe said.

When he arrived at Sunnybrook, staff immediately took appropriate cautions, and the patient is now in an isolation room, Yaffe said. "We were notified of the lab results today in the middle of the day (Saturday)."

Officials speaking at Queen's Park Saturday said Canada is using protocols developed after the 2003 SARS outbreak . Officials have been preparing for the arrival of the virus for weeks, and screening people arriving at airports in Vancouver, Toronto and Montreal. At least 20 people in Canada have been tested for the illness, officials said Friday.

Ontario is "far more prepared" to respond than to infectious disease outbreaks than it has been in the past, Elliott said. The provincial government will update the public using a new webpage: ontario.ca/coronavirus.

The provincial government has also added the coronavirus as a designated disease under Ontario’s public health legislation, which grants officials expanded power to act swiftly to address the virus.

The Wuhan coronavirus has been compared to SARS, which killed 44 Canadians in a 2003 outbreak. Both are part of the same family of diseases, which also includes the common cold.

Though Canadian officials have said the newly-identified 'novel' coronavirus appears to be less severe than SARS, it has created alarm because officials know very little about it — including how dangerous it is and how easily it spreads between people. It can cause pneumonia, which has been deadly in some cases.

Other common symptoms include fever and coughing. Between humans, the virus appears be spread by coughing and sneezing.

Scientists are working to create a vaccine. There's no specific cure for the coronavirus, but doctors can treat its symptoms, and it appears that some forms of the illness are milder than others.

Health care officials are assuming it can take up to 14 days for people who have been exposed to show symptoms, although it's not clear whether the disease is infectious during that time. It's also unclear how long particles from the virus can survive on surfaces.

My statement on the first presumptive confirmed case of coronavirus. pic.twitter.com/DDDenJw4jT

Like SARS, the new coronavirus appears to have been transmitted to humans from animals. It has been traced back to a seafood market in Wuhan in the central Chinese province of Hubei that was illegally selling wildlife. More than 1,400 people have been infected worldwide, most of them in China.

The virus was first identified in December, and the World Health Organization has so far declined to declare an international health emergency. Earlier Saturday, news spread that Chinese officials appeared to have downplayed the first outbreak of the disease.

The Chinese government has restricted the movements of some 35 million in response to the accelerating outbreak, which President Xi Jinping has called a "grave situation." Saturday marked the start of Chinese New Year celebrations, in which more than 500 million trips by plane and rail may be taken within and out of China.

Elliott urged Ontarians to continue normal precautions like hand-washing, covering coughs and sneezes and avoiding contact with people who are sick. Anyone who has been travelling to areas with infections is encouraged to seek medical help and tell a health care provider about which countries they visited.

Sunnybrook officials said the hospital remains open with all functions running normally, and the facility is safe for patients and visitors.

Great article; thanks for the

Great article; thanks for the update.

We often wonder about the use of events such as these for organizational authority to flex the muscle of precautionary governance and run test quarantines.

Given that the citizenry of Canada is faced with a darkening horizon of multidimensional crisis & ancillary events, would it not be good to get folks used to society-wide preparatory & disaster mitigation/management measures?

One of the most under-appreciated qualities of mass events such as the outbreak of a new coronavirus is the opportunity to start thinking pragmatically as a species while promoting a higher degree of local community self-reliance and a sense of shared destiny.