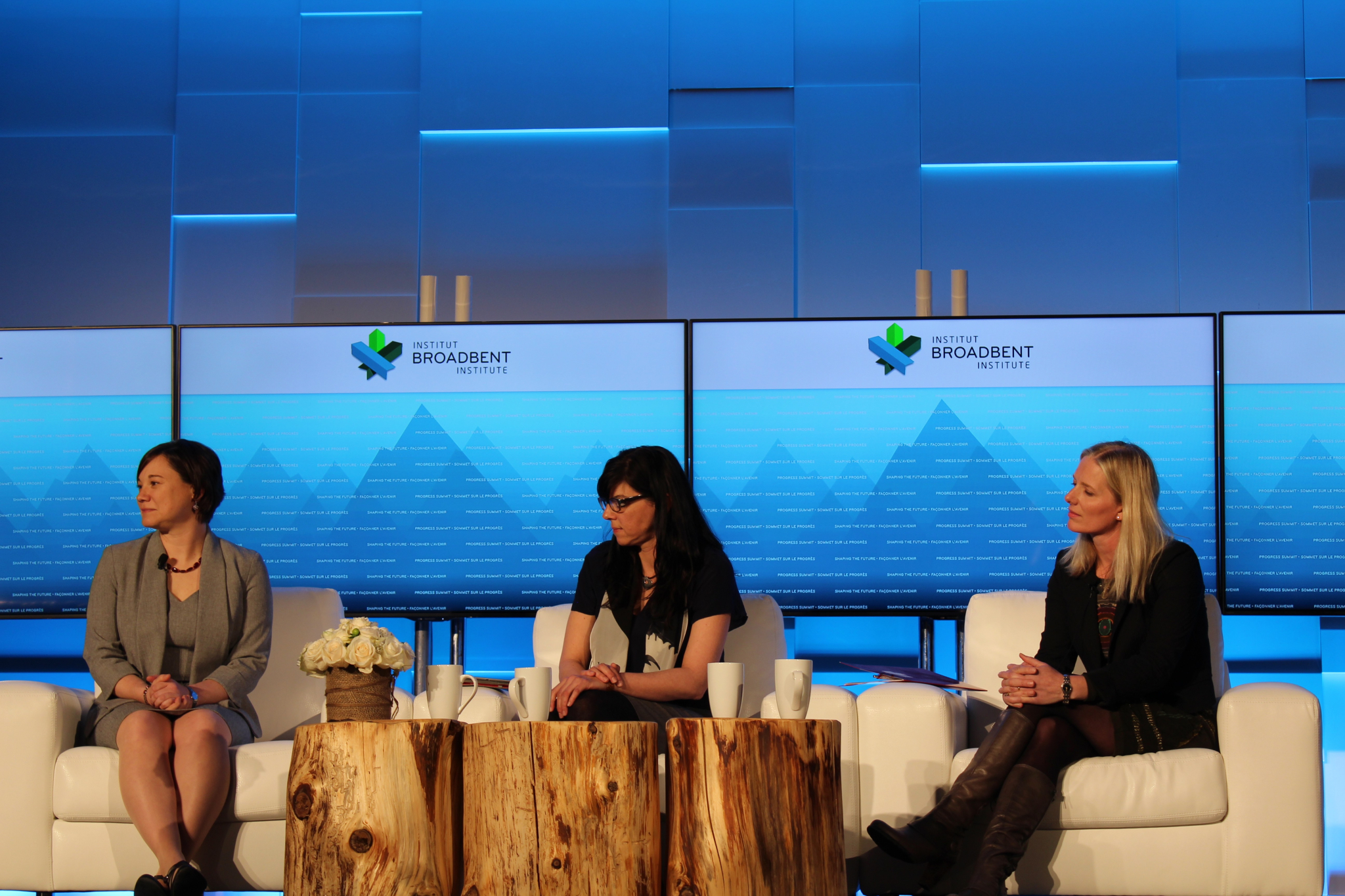 Tough federal measures to fight climate change such as carbon pricing are coming to Canada, Environment Minister Catherine McKenna said on Friday. But she warned that moving too fast would disrupt the country's national unity.

“We need a transition to a low carbon economy. We absolutely do. But we can’t do it overnight,” McKenna said. “I’m a realist on this. There are a lot of people who have lost jobs in Alberta. I’m not saying that we destroy our planet. But I think we need to be thoughtful of how we move forward.”

The discussion among the three like-minded politicians highlighted some of the different political calculations at play as they seek to reconcile both their environmental and economic concerns.

All three leaders agreed that action on climate change is urgent and essential and have been making announcements and introducing policies to respond to the challenge. This is a significant change from the policies of the two former Conservative governments that led Alberta and Canada last year, Reimer said.

But the panel discussion also revealed some of the disagreements among Canadians about the pace and aggressiveness of the action required for the country to meet its international climate change commitments.

Alberta has already introduced a plan to cap pollution from its oil sands industry — Canada’s fastest growing source of greenhouse gases — but will still allow the sector’s emissions to rise 40 per cent higher than current levels as part of a transition plan to diversify its economy.

The province has also pledged to introduce an economy-wide carbon tax. The details are expected in its upcoming spring budget. But it has said it needs to pursue a “thoughtful” approach to that plan, in the wake of plummeting oil prices that have hammered its oil-based economy, eliminating thousands of high-paying jobs.

“A transition that is not thoughtful and an approach in the Canadian economy (that) is not thoughtful will take the current social dislocation and inequality– people losing their jobs en masse, the collapse of communities...we are seeing (this) in Alberta right now...and make it worse and that is not great,” Phillips said, drawing applause from the crowd.

“It’s really important for Canadians to appreciate what we have in Alberta, which is we have one commodity, one price, one market. That is what has led us to this place where we have now lost $10 billion of our revenue and we are having a hard time ensuring that we don't have really big social problems as a result of this.”

McKenna said she feared that many Canadians would turn against action on climate change if government action went too far or too fast.

“Everyone here (at the summit) believes that climate change is a massive problem. We’ve got to do something right now. But there’s a lot of people that aren't there,” said McKenna. “If what we end up doing has a huge immediate dislocating effect on the economy where tons of people lose jobs, I’m losing everyone. I’m losing them.”

She added that she has also heard from people in northern communities who are concerned about a possible carbon tax since they can't even afford to pay for food.

“That’s an important message,” McKenna said. “You can't just go in and do things and assume the federal government knows best. And that has actually been a really good way to split up our country. So, I don't want this to be a national unity crisis. I get nervous about the way the conversation sometimes goes: that it’s east versus west, it’s different groups. I don't think that that’s a positive way forward.”

But McKenna also said that these concerns would not stop the Liberal government from making difficult choices.

“That is not an excuse,” she said. “That is not saying that we aren’t going to take tough measures. But this is about doing this in a thoughtful way and working with the different parties involved.”

Reimer, from Vancouver, also drew applause from the crowd for telling the panel moderator, Postmedia journalist David Akin, that there was no way she’d support pipeline expansion that would lead to a massive new oil port in her west coast city.

She said this wasn’t an ideological position, but based instead on two years of research into 13 different impacts of having more oil shipped through the city. The Vancouver review examined multiple factors, including the climate change implications of burning more fossil fuels, as well as the risk of a spill and the impact on city's reputation, she said. But the National Energy Board, which is reviewing Kinder Morgan's proposed Trans Mountain pipeline expansion, appears to have rejected the city's recommendations about climate change impacts, Reimer added.

“Our brand is worth $31.5 billion as a city - the City of Vancouver,” Reimer said. “It’s largely based on (being) clean and green. Just having a major oil port there - we would be one of the largest oil ports on the planet - that damage that it would do to our brand, even without a spill, is immense. A spill would pretty much wipe out the brand of the City of Vancouver. So it’s way too much risk, no benefit, on a planet that is dying because we are burning fossil fuels. So, the answer seems fairly clear. Let's put our energy into a debate about renewable energy."

McKenna said she wouldn’t presume the outcome of the federal review of projects such as Kinder Morgan’s proposed expansion plan to triple the capacity of its existing Trans Mountain pipeline that carries heavy oil from Alberta’s oil sands industry. But the federal minister agreed that she didn't want to see a disaster.

“I totally get you,” McKenna told Reimer. “The idea that there would ever be any kind of spill in the waters outside of Vancouver is petrifying, so that’s why you need to look at it that. And it may be that the outcome (of the project review) is you absolutely can’t do it.”

Reimer added that Vancouver is also trying to create space for Indigenous communities to propose their own solutions and energy projects. For example, she said that one local Indigenous community had proposed a plan to clean up the Burrard Inlet in Vancouver so that people could eventually eat shellfish from the water again.

“What an incredible vision to be advancing on all of our behalf, because I would like my child to able to enjoy the health of that inlet at that level as well,” she said.

“It really is about, not just partnership, not (just) inviting (Indigenous communities) to our table, but respecting that they have a table and we have to show up there as well.”

Editor's note: This story was updated on April 3 to add additional comments from the panel discussion and some video.

I note this article was first

I note this article was first sent April 1, 2016.
April Fools still looms these months later.
"National Unity" could be jeopardised? What National Unity?
Since August all our "sunny ways" government has done is built the same old "let's screw B.C. (again)" pressure.
Decisions are being made, not in B.C.'s interests, but in those interest of all living east of the Rockies and the big multi-national corporations.
LNG is a done deal. KM is next... with all betting on "Go Ahead".
Unity? Ms McKenna, can you say "civil war" (in a kindly, milque-toast Canadian way, only, of course...)
National Unity?