By Carolyn Jarvis & Andrew Russell | News, Energy, Politics | October 17th 2017
#9 of 42 articles from the Special Report: The Price of Oil 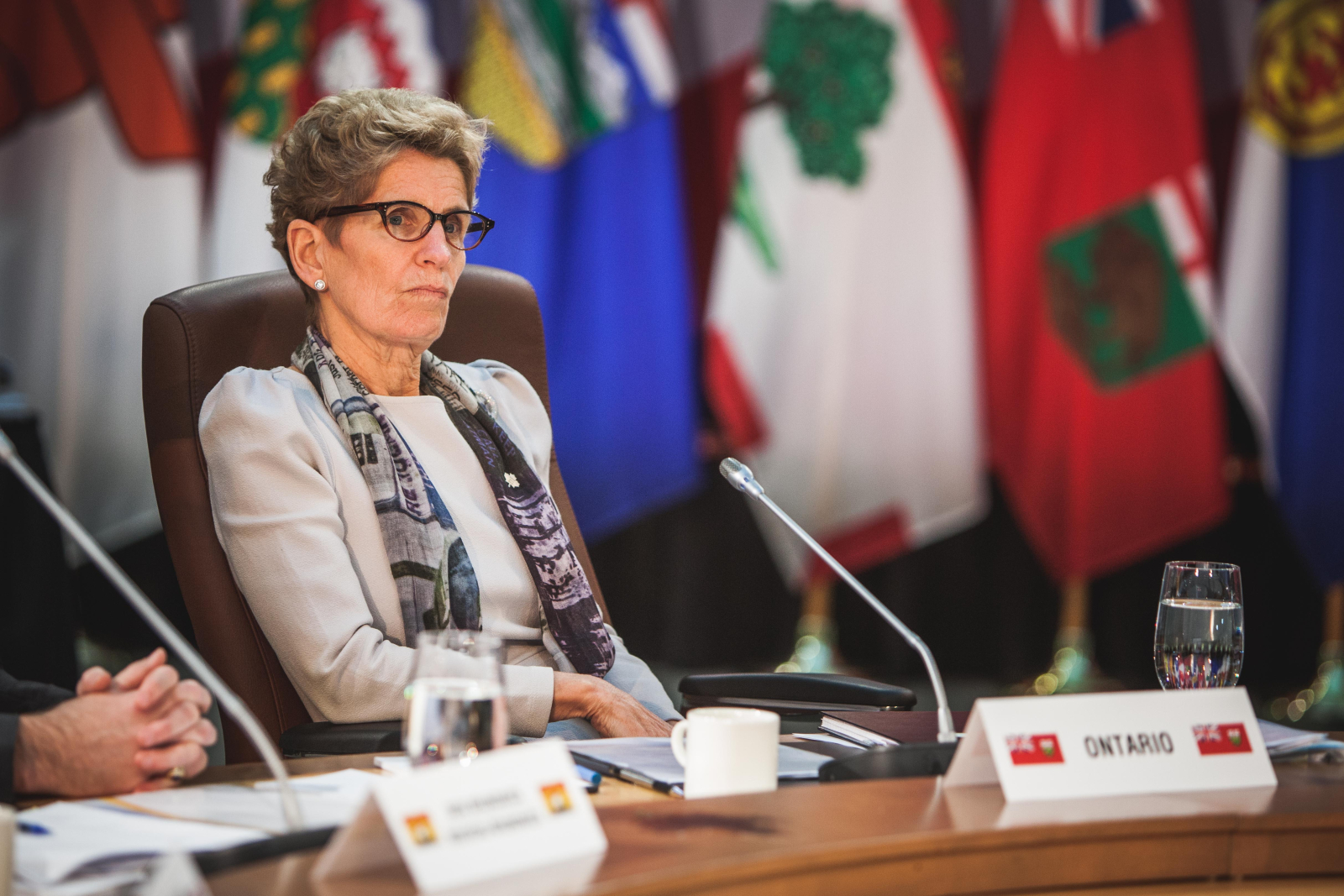 According to an internal document, the Ontario government, led by Premier Kathleen Wynne, "ignored" a First Nation's concerns about chemical pollution. File photo by Alex Tétreault
Previous story
Next story

Ontario engineers claim their public safety concerns regarding oil refineries and their effects on communities in Sarnia’s Chemical Valley, including Aamjiwnaang First Nation, are being ignored by the provincial government, according to a report obtained by Global News.

The stunning allegations are outlined a document that details a meeting between the Office of the Environment Minister and the Professional Engineers Government of Ontario (PEGO), a union representing provincial engineers.

“MOECC Management are muzzling and excluding key engineers that raise concerns with respect to public safety, petroleum refineries and surrounding communities such as the Aamjiwnaang First Nation,” reads the document dated Sept. 20, 2017.

“Senior management have met regularly with industry representatives and ignored related concerns from the Aamjiwnaang First Nation and PEGO members.”

According to the document, engineers claim to have been identifying public safety concerns since 2009 related to petrochemical refineries in Ontario, including “acid gas flaring resulting in significant sulphur dioxide air emissions and risk of irreversible health impacts or mortality for sensitive individuals,” as well as a “lack of engineering regulatory oversight relative to U.S. jurisdictions resulting in an increased risk to nearby communities of chemical leaks (e.g., hydrogen sulphide) and explosions.”

“[MOECC management has] refused to publicize a report complete by PEGO members in 2014 that identifies significant impacts, in surrounding communities such as the AFN, from the petroleum refinery sulphur dioxide and hydrogen sulfide air emissions,” the document claims.

The revelations come after a joint investigation by Global News, the Toronto Star, National Observer, The Michener Awards Foundation and journalism schools at Ryerson and Concordia exposed a troubling pattern of potentially toxic spills and leaks in the area known as Chemical Valley, which is home to 57 industrial polluters registered with the Canadian and U.S. governments.

An explosive Global News investigation into a troubling trend of leaks and spills in Sarnia, Ontario's 'Chemical Valley,' a concerning lack of government response, and the people who believe it's making them sick. Video by Global News

Allegations should be 'investigated'

The investigation also raised questions about whether companies and the provincial government adequately warn residents of Sarnia and Aamjiwnaang First Nation when potentially dangerous chemicals are leaked. On Monday, Ontario Environment Minister Chris Ballard said the province will fund a study into the health effects of air pollution on residents of Sarnia’s Chemical Valley.

Bill Van Heyst, an environmental engineer at the University of Guelph, said the allegations contained in the report should be “investigated.”

“Allegations where engineers are being muzzled to not talk about the public safety and raise these concerns to the appropriate levels, that is of concern,” Heyst said. “That kind of muzzling or the allegation of muzzling really needs to be investigated.”

“If it was a very affluent community I don’t think we would be seeing some of the issues that we are seeing today,” he said.

Environment Minister Chris Ballard said while he hasn’t yet seen the report he will be reviewing it with his staff.

“I look forward to taking seriously what [PEGO is] talking about,” Ballard said. "I encourage everyone to speak their mind and to bring their issues forward."

According to the report, engineers suggest creating an “Ontario Community Safety Agency” with a “significant engineering component” to help address the safety concerns in Chemical Valley. Other recommendations in the report include calls for increased public transparency and for specific input from Aamjiwnaang First Nation to help implement benzene industry standards.

“When they don’t have enough people to actually go out and investigate a leak, what happens to the company or the industry that has had that leak?” he said “It usually goes as a report and then that’s it. There’s no fine, there’s no penalty, there’s no slap on the wrist there’s no incentive for them to actually employ control equipment or update their control equipment on the air side in order to prevent future emissions or future leaks that happened.”

This is this is clearly the

This is this is clearly the result of another government and their environment ministry being captured by industry. When you get enough provincial governments being captured then you end up with an NEB that is captured. It is the result of a federal government whose myopic goal is to be a fossil fuel energy leader in the world at the cost of the health of workers and communities who trade their health for dollars.
We've seen it in Alberta, in spades; in Saskatchewan, in spades, in northern B.C. in spades, and now in Ontario, in spades. And it is supported by the policies of a Liberal federal government following the lead of Harper's previous government in spreading the false dogma that we can have our cake and eat it too. What nonsense! If we, as concerned Canadians, don't rise up in revolution against such a false economic religion we'll be dooming not only ourselves, but our descendants, to the results we have accepted as offered by corporatocracy. I'd rather reduce my standard of living to what we had decades ago than steal the future from my descendants.