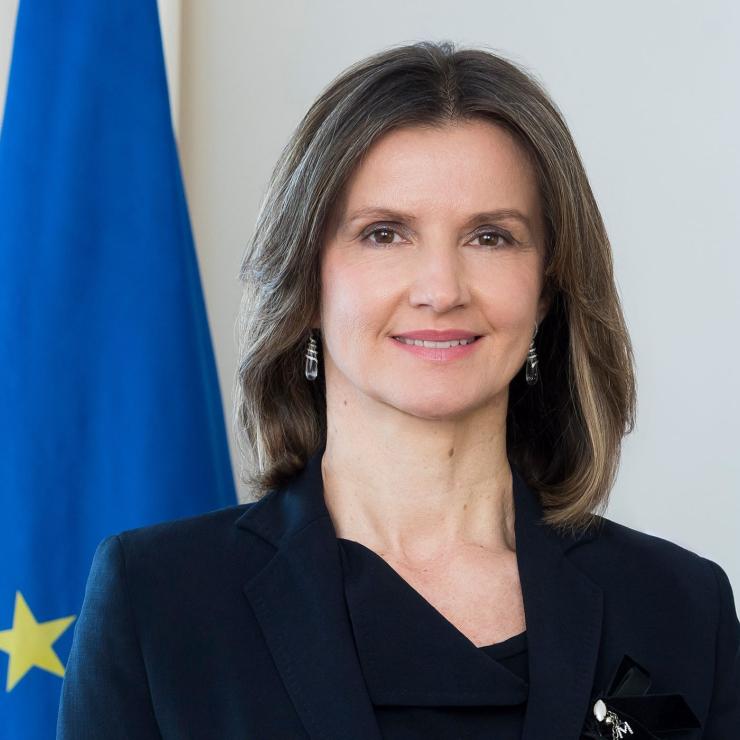 Ambassador Gabrič began her tenure at the helm of the Delegation of the European Union to Canada on 1 February 2021, after serving as Ambassador of Slovenia to Canada since 2018.

Ambassador Gabrič holds a Ph.D. in International Relations and has extensive experience in both bilateral and multilateral international relations. Prior to her Canadian assignment, she served as Slovenia’s Director of Development Co-operation and Humanitarian Aid. Previously she served as Diplomatic Affairs Adviser to the Prime Minister as well as to the President of Slovenia. Ambassador Gabrič was also the Secretary General of the Bled Strategic Forum and led the Slovenian national process on business and human rights. She held the position of Senior Advisor on Human Rights to two Presidents of the United Nations General Assembly in New York. She was also the Consul General of Slovenia in New York.

Since 2020, Ambassador Gabrič has had the honour of serving as Chairperson of the Women Heads of Diplomatic Missions in Ottawa.

The Ambassador speaks Slovene, English, French, and Serbian/Croatian. She enjoys jogging, downhill and cross-country skiing, as well as skating. She has a keen appreciation of contemporary art, literature, and design, and savours the beautiful natural landscapes and the rich cultural offerings of Canada.

At the 2022 United Nations climate change conference, COP27, each country must set out what it has done and intends to do to limit the increase of the global temperature to 1.5 C.
Negotiating survival
Opinion | November 9th 2022

"Only by taking collective action will we halt global warming and lessen its economic, social, and environmental impacts," says Melita Gabrič, ambassador of the European Union to Canada.
COP26: Uniting the World to Tackle Climate Change
Opinion | October 26th 2021