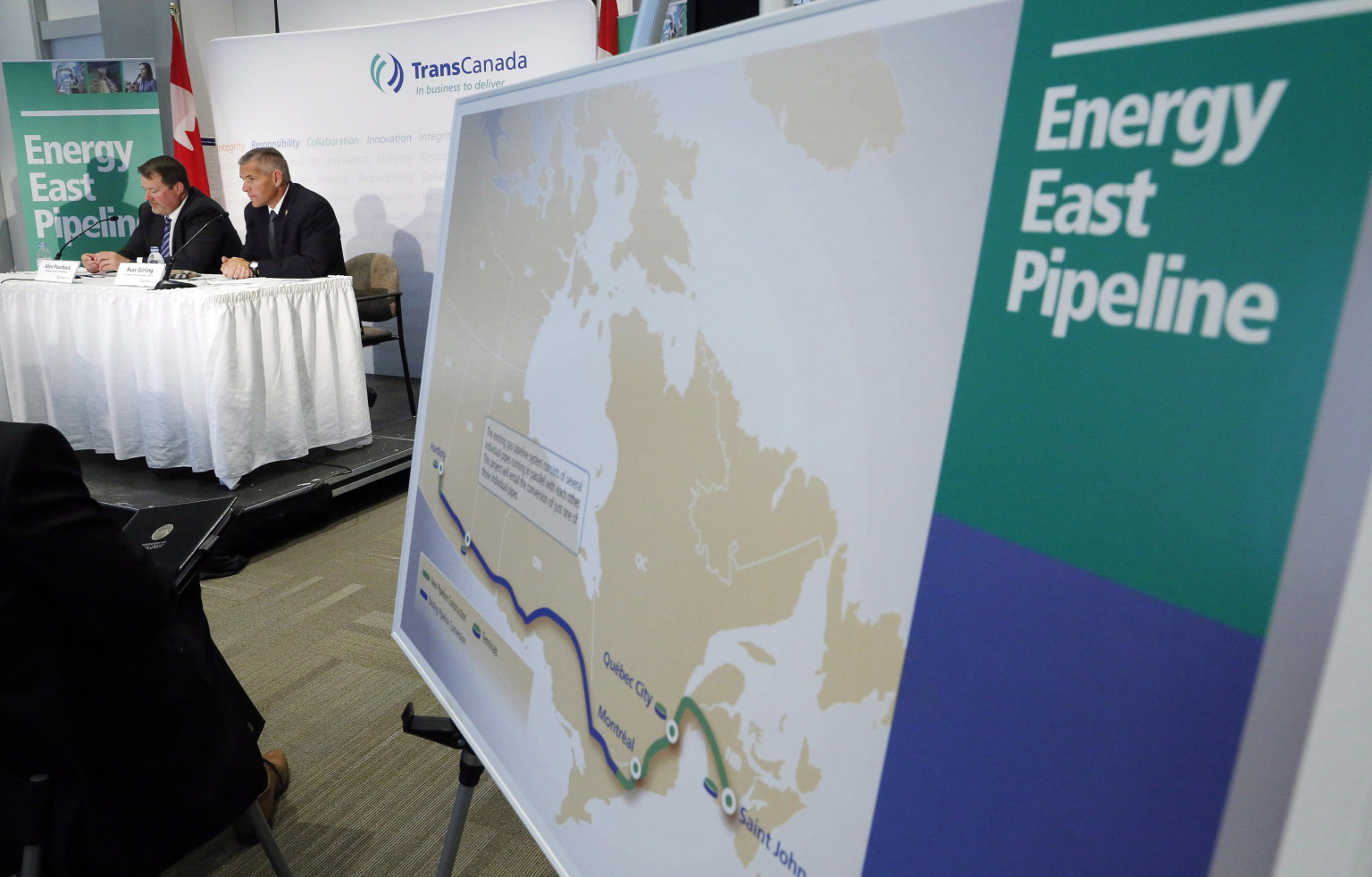 WINNIPEG — A new report says a pipeline that would carry millions of barrels of oil from Alberta to the East Coast would threaten the drinking water of over 60 per cent of Manitoba residents.

The report by the Manitoba Energy Justice Coalition said a rupture on the proposed Energy East pipeline would seep into any number of waterways which feed into Winnipeg's water supply.

The pipeline would transport one million barrels of oil a day from Alberta and Saskatchewan to refineries and port terminals on the East Coast.

Part of the line would run underneath an aqueduct carrying Winnipeg's drinking water from Shoal Lake near the Ontario boundary.

Dennis LeNeveu, a retired biophysicist and author of the report, said the oil would be carried across Manitoba in a 40-year-old repurposed natural gas line. Such pipelines can get corroded and have ruptured four times in Manitoba in the last 20 years, he said.

The entire length of Winnipeg's aqueduct would be in danger of contamination from the nearby pipeline, LeNeveu said.

"Every township and section has roads with ditches that drain to streams or the drains that have been constructed around Winnipeg," he wrote in the report released Monday. "This means that valve closure on a major water crossing would not necessarily be effective, (since) a rupture on a minor water crossing could drain into Winnipeg."

Other communities in Manitoba would be vulnerable as well, LeNeveu said. Many draw their water from rivers that would intersect with the proposed pipeline, he said.

There would also be "a significant risk of rupture and explosion" from a nearby natural gas line in Manitoba as well, LeNeveu said. Such an explosion could "easily be as large or larger" than the train derailment and explosion that killed 47 people in Lac Megantic, Que., almost two years ago, the report said.

"The smoke plume from such an explosion and fire could necessitate the immediate evacuation of the entire population of Winnipeg should it occur nearby."

Any spill could have a serious impact on the commercial fishery, farms and hunting, LeNeveu said. In the event of a large leak, the city of Winnipeg and Manitoba could be on the hook for cleanup costs, he added.

"Winnipeg has much to lose from the pipeline crossing within its boundaries and little to gain."

Every manitoban should be

Every manitoban should be concerned about the proposed east pipeline project. It seems redundant to go ahead with this project at a time when we want to get off fossil fuel.