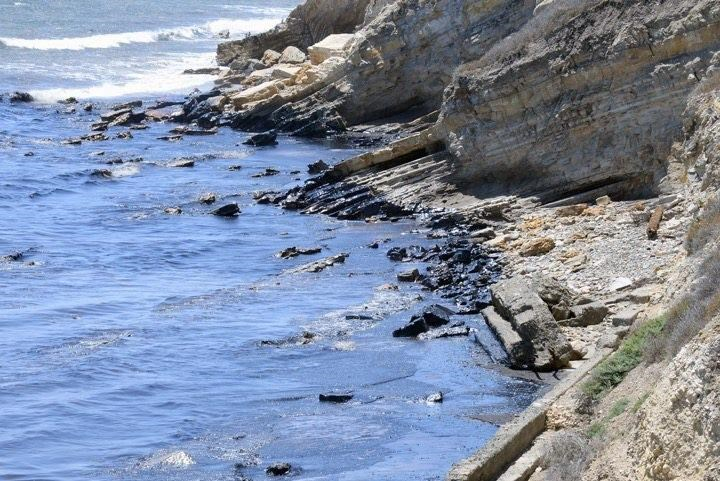 As oil tars up the marine life and beaches of California and makes its way up the B.C. coast, the company responsible for the spill — Plains All American L.P.— is quietly expanding oil pipeline operations in Canada.

Plains is one of the biggest companies involved in western crude storage in Alberta and Saskatchewan, and is now working on a new 130-km Indigo pipeline in northern Alberta. The company pledges the "highest regard for environmental and safety regulations," but has a history of large-scale oil spills on both sides of the border.

Lubicon-Cree member and Greenpeace climate campaigner Melina Laboucan-Massimo felt the toxic impact of Plains' incompetence four years ago when her hometown of Little Buffalo, Alberta was struck by a 4.5 million-litre oil spill—the second-largest oil disaster in the province in 30 years. "The problem is, they don't seem to do much upkeep," she said, describing the chaos that ensued during the spill.

"Everybody's eyes were burning, at the school where my aunt was teaching, people were nauseous. They had to shut down the whole school. They all thought it was a propane leak at first."

But that wasn't the end of it. "My family had to live with breathing in the fumes, from Friday all the way through Monday," she recalled.

"The company didn't even adhere to rules to keep up the minimum maintenance on these pipelines," she said.

Plains All American allegedly gave no notification of the spill for days, despite the potential health hazard. According to reports at the time, community members found out about the oil spill through the company's website.

Then-Lubicon Cree Chief Steve Noskey sent out a news blast after the spill, which was located 12 kilometres from the school and 300 metres from the community's waterways, saying "the company is failing to provide sufficient information so that we can ensure the safety and health of our community is protected."

While then-Alberta Premier Ed Stelmach criticized the company's poor communication with the Lubicon Cree, government authorities were also unresponsive. Despite agreeing to visit to the community, the Alberta energy authorities sent the Little Buffalo school a one page fax reassuring them that there was no public health risk.

Then Opposition environment critic, Premier Rachel Notley, slammed the passive response by authorities to the spill.

"It's more indication that Albertans cannot trust this government to protect the health safety and environment of Albertans," Notley told Fort McMurray Today at the time.

Plains' pipeline near Santa Barbara was the only pipeline in the county that had no automatic shut-off valve.

The situation there was similar to what happened in Alberta, when the company shut down and re-started its pipeline three times due to lack of proper leak detection and operator training.

A Los Angeles Times analysis of pipeline spills using data from the Pipeline and Hazardous Materials Safety Administration (PHMSA) found that Plains had an incident rate three times higher than the national average. The company made headlines last year when one of its pipelines gushed 38,000 litres of oil through the streets of Los Angeles. Of 1,700 pipeline operators in the U.S., just four companies had more infractions than Plains.

Laboucan-Massimo said while the company isn't proposing massive projects like TransCanada's Keystone XL or Enbridge Northern Gateway, it is taking over more of the older pipelines in Canada.

Plains transports crude oil and diluent along 4,800 kilometres of pipeline through Alberta and Saskatchewan. In addition to its oil pipelines, Plains is one of the leading companies in Canada for storing Western crude oil. According to market intelligence group Genscape, the company stores the vast majority of Canadian crude in Saskatchewan where it is handled by Plains Midstream — a subsidiary of Plains All American.

Plains was contacted for comment, but did not respond.