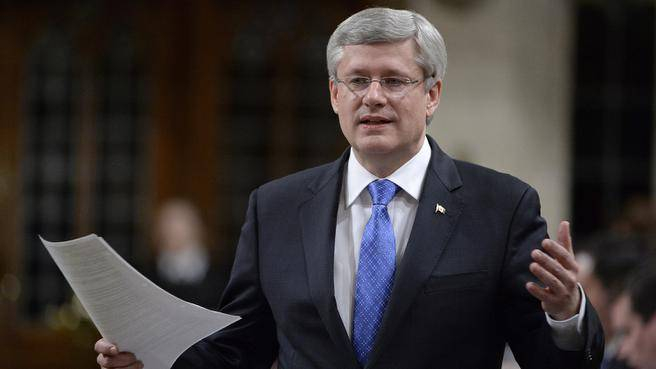 The new measures come despite sharp criticism toward Bill C-51, which would boost government powers to monitor citizens.

Canada will soon require biometric testing for all foreign travellers entering Canada who require a visa, CTV news reported. Travellers from countries including Afghanistan and Syria are already required to undergo these types of tests, but the updated security measures will see 148 nations added to the list, including China, India and Mexico. The changes are expected to be in place by 2018-2019.

Harper also announced $10-million over five years to the CRA to increase efforts to "suppress terrorist financing activities in the charitable sector" and "help legitimate charities better protect themselves against terrorist abuse."

Over the past three years, the CRA has received up to $13 million a year to audit charities, and has targeted seven prominent environmental charities.

Several charities that voiced criticism of the Harper government's policies, including PEN Canada and the United Church of Canada, have also been audited recently, though no conservative organizations have been targeted to date. Despite millions of dollars spent, only one group — Physicians for Global Survival, an anti-war organization — has been stripped of charitable status following the audits.

“The brave men and women of our law enforcement and security agencies stand between the peace and order we treasure as Canadians, and the fear and anarchy our enemies would seek to unleash upon us," Harper said in a news release. The prime minister made his announcement on the anniversary of shootings that killed three Mounties by a gun rights advocate in Moncton, New Brunswick.

The Economic Action Plan 2015 would also increase the Canadian government's power to cancel, refuse or revoke passports as a "preventative measure" against travellers suspected of terrorist activity.