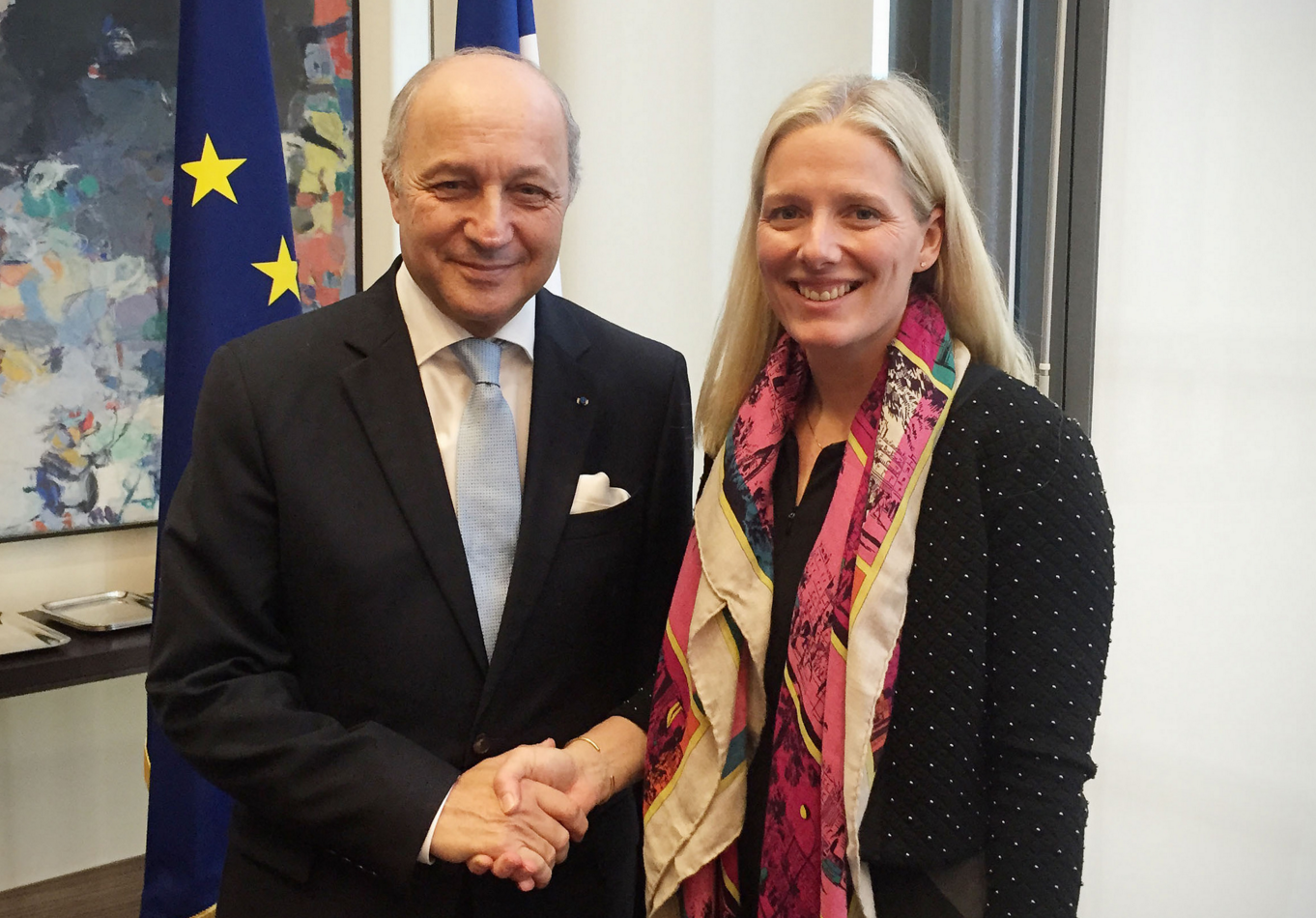 Environment Minister Catherine McKenna told media just days before the Paris climate summit that it would be “unreasonable” for Canada to have a greenhouse gas emissions reduction target and be unable to meet it.

Instead, a concrete emissions reductions target depends on the federal government hammering out a national climate action plan with Canada’s provinces and territories after the Conference of Parties (COP) 21 talks wrap up in Paris next month. McKenna’s strategy is in keeping with the Liberal Party’s environmental platform released three months before the Oct. 19 election, which made clear that Canada would have no COP-21 emissions target until early next year.

“Everyone around the table understands that we are going to have to work with the provinces and territories after COP-21. We’ve only been in government a few weeks,” said McKenna on Nov. 27.

Her government’s province-centred approach received a major boost on Sunday when Alberta’s government announced its own climate change strategy. Under premier Rachel Notley, Edmonton will phase out all coal power production by 2030, place a cap on oil sands production, and shift to renewable energy sources.

“I’m just so pleased that Alberta is taking the fight against climate change seriously and is now at the table,” said McKenna.

As fossil fuel powerhouse Alberta joins the battle against global warming, Canada is joining 150 other nations next week in a bid to keep global warming within an internationally agreed-upon 2°C limit.

But Canada is lagging behind global heavyweights such as Brazil, India, China, and the USA, all of whom have announced concrete climate targets specific to COP-21, even as PM Trudeau’s more constructive approach is being hailed by many.

In September, Brazilian president Dilma Rousseff committed her country to slashing greenhouse gas emissions by 42 per cent on 2005 levels by 2030, as well as rapidly expanding renewable energy.

India announced a similar plan that same month, including a five-fold increase in renewable power and the planting of new woodland to act as a ‘sink’ that will safely sequester carbon dioxide, removing it from the atmosphere. New Delhi will also cut emissions by up to 35 per cent on 2005 levels by 2030.

Long before these targets are met, China will have rolled out its national carbon cap and trade system in 2017 in co-operation with the United States. Beijing will also curb its emissions per unit of gross domestic product by 60−65 per cent by 2030 from 2005 levels, a far cry from the country’s current position as the world’s number one carbon polluter.

Such moves will align China more closely with the United States, whose own Clean Power Plan commits Washington to slashing carbon emissions from power plants 32 per cent by 2030 on 2005 levels.

Under Trudeau’s new Liberal government, Canada aims to play catch-up by pushing for carbon pricing plans as an international mechanism for slashing global emissions, facilitate private-sector innovation and clean technology development, and cut air pollutants such as hydrofluorocarbons, which contribute to global warming.

McKenna said that the funding, spread over five years to 2020-21, will rise to $800 million by the fifth year, double any previous Canadian investment in climate mitigation strategies.

The Canadian commitment to fund mitigation was also lauded by the United Nations Children’s Fund (UNICEF), which said that Ottawa’s support would “go a long way,” in protecting the world’s poorest children.

David Morley, president of UNICEF Canada, said that adaptation funding will include supports for renewable energy development, which could prove a game-changer for children in developing countries

“For families in developing countries, access to sustainable energy is life changing. It can provide their children with safe lighting to do homework at night, reliable transportation to school, warmth during the winter months, safe stoves in the home that don’t contribute to deadly respiratory issues and well-lit streets for girls and boys tasked with collecting fuel and water,” said Morley.

He also said that adaptation funding was vital for ensuring that communities vulnerable to climate change’s effects have the skills, education and tools to handle the dangers posed by a warmer planet.