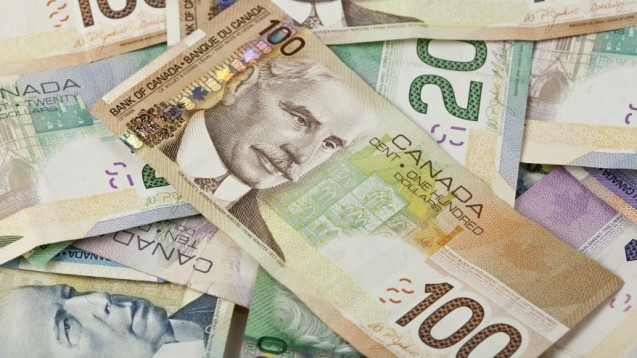 FINTRAC has been criticized for not naming bank that received a $1.1 million penalty for violating money laundering legislation. File photo by The Canadian Press
Previous story
Next story

After imposing a $1.1 million penalty on a Canadian bank for failing to report a suspicious transaction, a federal anti-money laundering agency is chasing other large businesses in court for breaking the rules.

While the agency, the Financial Transactions and Reports Analysis Centre of Canada (Fintrac) has been criticized for not naming the bank, it said the penalty was meant as a warning to other businesses that are not taking adequate precautions to monitor and report suspicious transactions.

Fintrac is now pursuing a number of other significant businesses, outside of the banking sector, in court for for sloppy oversight or failures to report suspicious activities.

The cases would be based on Canadian legislation and rules that require these businesses to identify and report suspicious transactions that could be linked to money-laundering or terrorism financing, said a spokesman.

But because the cases are still ongoing, the agency said it couldn't identify anyone.

“We certainly have other cases that are at the federal court that are related to non-compliance that we can’t discuss,” Fintrac spokesman Darren Gibb said.

Launched in the year 2000, Fintrac operates as a financial spy agency that seeks to identify cases of money-laundering and terrorism financing for law enforcement purposes. It monitors about 31,000 businesses in Canada for suspicious transactions, including banks, accounting firms, real estate businesses, casinos, or other firms that offer money services.

It made headlines earlier this week after the Canadian Press reported about the $1.1 million fine, the first ever imposed by Fintrac against a Canadian bank. This news also followed reports from investigative journalists around the world about the leaked "Panama Papers" - a large collection of documents showing how rich and powerful hide their money and avoid paying taxes.

The Royal Bank of Canada was implicated in the Panama Papers scandal, the CBC reported, since the leaked documents showed it had helped some of its clients create foreign companies for its clients. There is nothing illegal about creating foreign accounts or companies, but they could subsequently be used to avoid taxes.

RBC's chief executive officer, David McKay, has said it did nothing wrong.

"As a CEO, I have to be concerned about our brand and reputation, particularly in a situation where there's absolutely no allegation of wrongdoing," McKay said at an RBC shareholder meeting earlier this week, the CBC reported.

While it is not clear which bank paid the fine to Fintrac, Ian Nakamoto, the director of research from investment firm Macdougall, Macdougall & MacTier said the penalty may harm the reputation of Canada's big banks - BMO, CIBC, RBC, Scotiabank and TD.

"We don't know if it's one of the big five banks, or not," said Ian Nakamoto, from the investment firm. "The public doesn't hold the banks in high regards... This just adds fuel to the fire."

Nakamoto said he doesn't necessarily share the public's skepticism about the banking sector.

Meantime, Gibb said the fine against the bank was based on a process that started over the past year and was settled with the fine, very recently. He said the penalty was meant to highlight the importance of having businesses monitor for suspicious activity and report these cases to Fintrac. This is “absolutely critical to the intelligence that we are able to provide to our law enforcement partners,” Gibb added.

The agency has penalized 74 businesses since 2008 when new rules gave it increased powers to impose penalities and crack down on sloppy oversight of transactions. Almost half of these 74 businesses have also been able to keep their names secret, the Toronto Star reported on Wednesday.