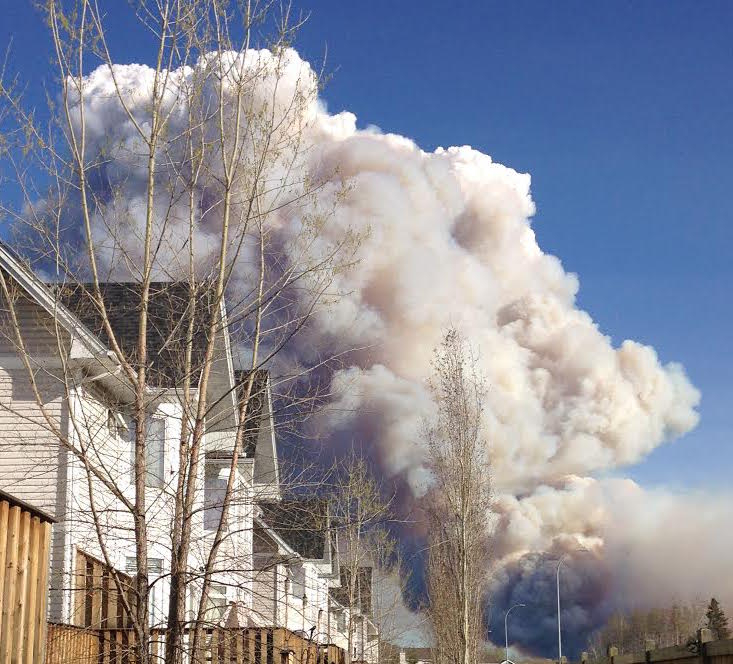 Fort McMurray-based engineer Jesús Centeno was shocked by the wildfire that took over his hometown, with flames so large they “made houses look like miniatures.”

By now, the wildfires have consumed more than 10,000 hectares, destroyed 1,600 buildings, and displaced 80,000 people — the largest fire emergency in Alberta's history.

“I remember seeing the smoke when I came back home from golfing, on Sunday," he said. "I took a bath and when I came out, it was like seeing an atomic bomb.”

Centeno, who came from Venezuela to Fort McMurray eight years ago, said he's never seen a devastating fire like this before. But even more than the fire's damage, however, Centeno is overwhelmed by the community's ability to support each other during a time of crisis.

He recalls that started off as an ordinary work day changed immediately as the fires started coming toward town.

“There was a record hot temperature of 32.7°C, and the wind was super strong. By noon, we were told we were being evacuated," he said. "We tried driving back to the city, but when we were about to reach it a policeman forbade us from going in, so we couldn’t reach our homes."

He could see the flames closing in on the side of the road, and the traffic jam was blocking cars from moving forward. Seeing no other way, Centeno drove back toward the Nexen's oil sands plant where he works, for safety.

His wife, Karen, was his main concern at that point. Fortunately, they were able to contact each other after fleeing the city. Karen is at a temporary camp set up by Suncor for the community, but had to spend Tuesday night in a parking lot.

“The response has been very good, but I’ve only slept one hour since last night. I’ve just been assigned a room and right now all I want is to take a shower and go to bed,” she said with palpable exhaustion.

Karen and Jesús haven’t seen each other in the past two days, and have no idea when they will be able to reunite. She’s north of Fort McMurray, while he’s in the south.

Once he had confirmed his his wife's safety, Jesús asked his neighbour if she could rescue his pet dog, which he'd left in his home.

“She risked it. She went into our house before she left the city, and saved our dog,” Centeno said.

He went on to express gratitude for his company hosting him and his co-workers, and to the firefighters, volunteers, and government officials who have pulled together to help the evacuees.

“People talk about this town, about how workers come here only to make money, but this is a fantastic community," Centeno said. "It's sad to see how we all have lost our homes, but those are material things and you can always replace them.”

Centeno is aware that many people are going to be left with nothing and that difficult financial times are coming ahead for them. But he's also confident Fort McMurray can overcome the disaster.

“This town has just a few hotels and we are going to be in temporary shelters for a while — at least a week — because there’s also no fuel for cars so people can go elsewhere. Food is probably also to dwindle, temporary workers who don’t have the safety net that long-time residents have are going to struggle, but I’m sure we’ll be able to manage all those things,” he said.