Fort McMurray fire: 'It's apocalyptic. No way out but north' 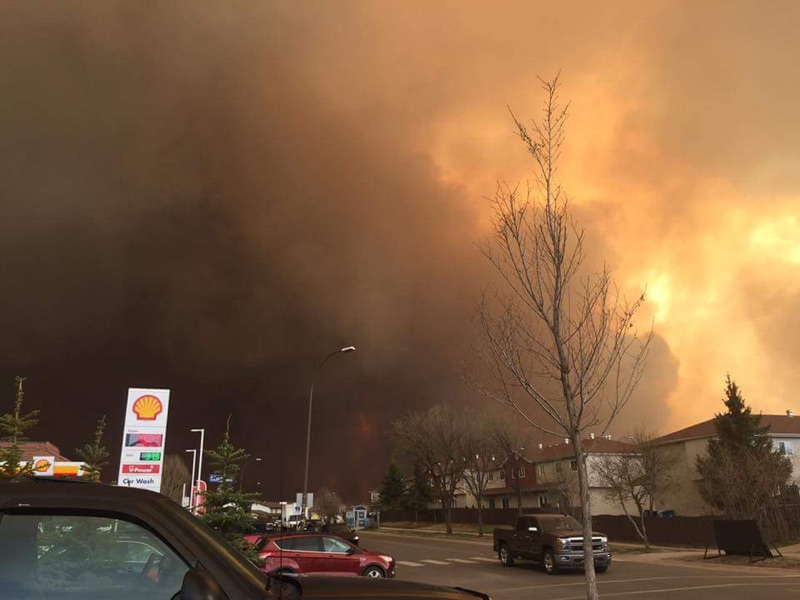 It's the largest fire evacuation in Alberta's history.

The entire city of Fort McMurray, the heart of the oil sands industry in the northern part of the province, was facing an evacuation order Tuesday night as a raging wildfire forced tens of thousands of people from their homes.

"It's apocalyptic," said John O'Connor, a family physician who has treated patients with health problems in the region related to oil sands pollution.

He said there was no way out but north.

"The place looks like it's all going," O'Connor said.

Anyone breathing the ash-filled air would be facing serious health risks, he added.

Local officials from the Regional Municipality of Wood Buffalo issued the evacuation order, instructing Fort McMurray residents to drive to the Noralta Lodge, a hotel near Suncor's oil sands facility, and wait for further instructions.

"All of Fort McMurray is now under a mandatory evacuation - head north to Noralta," Premier Rachel Notley wrote on her Twitter account.

Prime Minister Justin Trudeau said his thoughts were with all those affected by the tragedy.

Canada's Public Safety Minister Ralph Goodale said he was in touch with the provincial government. A federal government operations centre and the Department of National Defence were fully engaged, he added.

The blaze started over the weekend and, according to CP, fire-fighting crews had seemed to be making progress controlling it, but the situation worsened quickly. The Weather Network reported that the fire doubled in size overnight Monday, reaching 2,600 hectares.

By Tuesday evening, the city temperatures had risen to 30°C and no rain was expected until Wednesday night. Environment Canada said a cold front should hit the area by Thursday, with light shower and higher winds.

There are no reported casualties, according to O'Connor.