"Forces of darkness" and organized climate crime: lunch with Elizabeth May 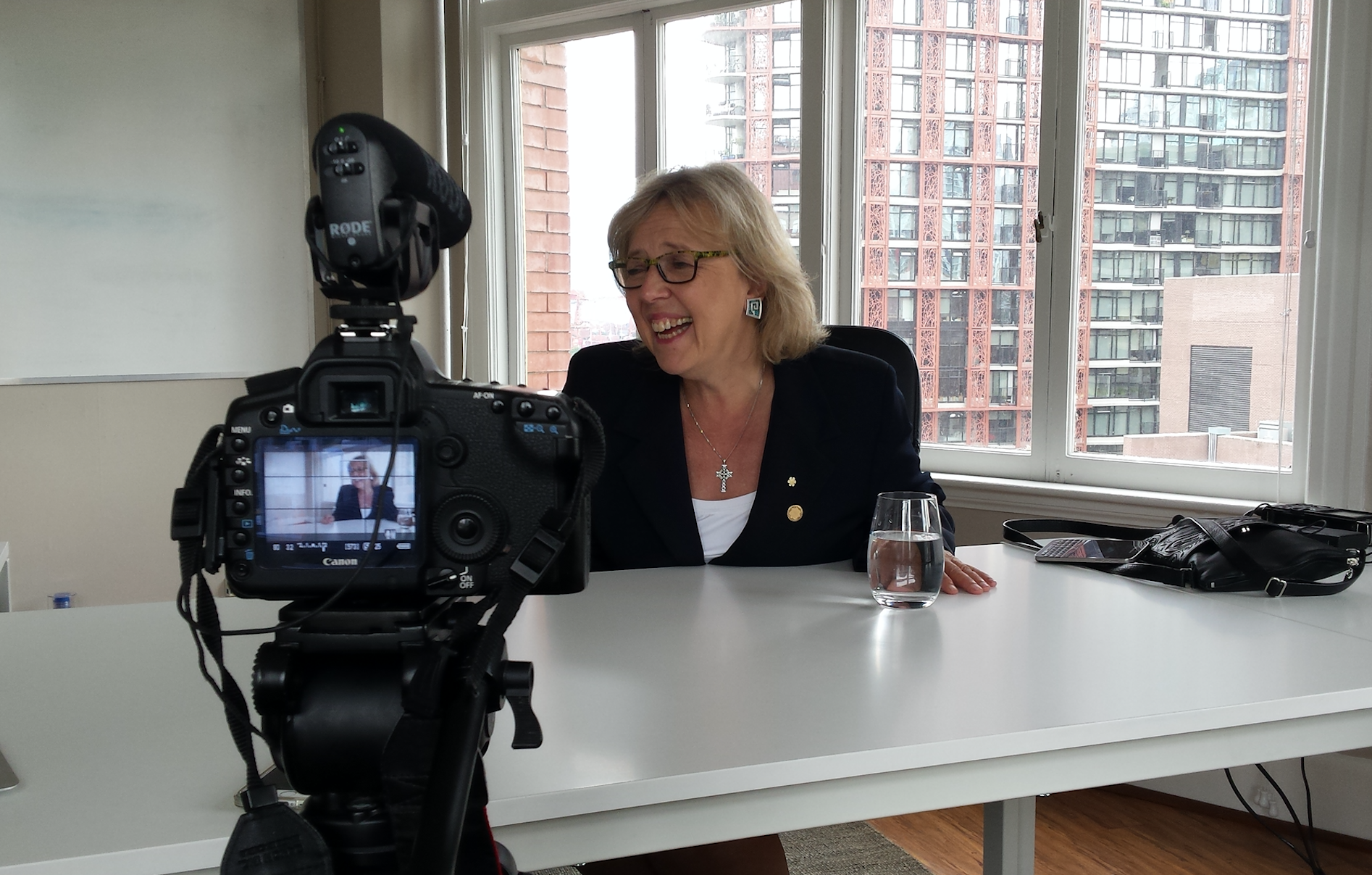 Green Party leader Elizabeth May visits the National Observer office in Vancouver for a pre-election in interview in 2015. Photo by Elizabeth McSheffrey.
Previous story
Next story

I had lunch on Tuesday with Green Party leader Elizabeth May and her chef adjoint, Daniel Green. It was a beautiful day in Ottawa and the Parliamentary Restaurant was crawling with MPs on break, chatting away over plates of soup, sandwiches and greens. Beyond our table, the Ottawa River sparkled. We could not have picked a better place to talk about the forces of good and evil, and how the politics of former prime minister Stephen Harper still linger in the air over Parliament.

Here's an edited transcript of our conversation:

LSW: What are the new government's biggest achievements in climate?

EM: "I think it’s an open question whether we would have gotten the Climate Accords if the election were later than COP21. The effectiveness of Conservative obstructionism in COP21 is underestimated. [Environment Minister] Catherine McKenna really did show leadership by coming out for a 1.5-degree target when she did. We were the first industrialized country to change from '2 degrees is good enough.' We made the treaty stronger, committed to signing it, went to New York City to sign it... but we have this federal and provincial process, and it's lumbering along. My big concern is we need to change the target. It’s Harper’s target. I’m disappointed the environmental movement hasn’t demanded the target change, which is to reduce greenhouse gas emissions 30 per cent by 2030 — the weakest target in the G7."

LSW: Is anyone else doing it better?

EM: "The U.S. has a target by 2025. We have to advance ours to at least 2025. A lot of the countries that are moving on climate are so far ahead of us. Some provinces are even more ambitious than the federal government. Ontario’s plan is very good. But B.C. doesn’t have any climate leadership. As long as we are putting all our bets on LNG and with the Site C dam project being pushed by Christy Clark, it's not there. On a lot of the climate issues, there’s no question that things are 180 degrees different than they were before, but we have to push Trudeau and McKenna to say we’re going to put in a tougher target soon. We don’t want to build a climate plan to the previous government’s target."

LSW: How are you working to move things forward?

LSW: What about specific politicians?

EM: "To tell the truth, Justin Trudeau wants to do the right thing. He has three little kids, three adorable kids. He understands that his kids are threatened by climate change. We’ve never had that. I don’t think Stephen Harper ever really believed that climate change is a threat, and when you believe that personally, it’s going to trump politics (I hate to use that verb now, Trump has really ruined it for me)."

LSW: Who else do you think is showing strong leadership?

EM: "Alberta Premier Rachel Notley. She's fighting the forces of darkness basically — and she’s just been hit with a fire."

LSW: What exactly are the "forces of darkness?"

EM: "The forces of darkness, when we’re dealing with climate change, we’re dealing with organized crime, Exxon, Imperial, Encana — there are forces that are willing to deny, quash the science of climate change when they knew it to be real and they were funding misinformation. You can say they’re just protecting their bottom line: but, really? At the cost of life on Earth? I think that’s criminal. What the Koch brothers, Exxon and Encana have always stood against is climate action in Canada."

Q: So how are the Trudeau Liberals doing?

EM: "I massively underestimated how hard it would be to fix everything Harper broke. It’s much harder than I thought partly because of intransigence in the civil service. The bureaucracy has been habituated for 10 years into waiting to take orders from Stephen Harper. Justin Trudeau is not a dictator. He is doing a great job. He said he would be collaborative. His ministers are running the government... but things are frighteningly slow to move inside the ministries. I’m not going to do the political partisan thing and say there’s a broken promise. It's much more complex than that. And he's doing well."

LSW: Are you surprised by the obstacles?

EM: "Things are way tougher than I thought they would be. I thought by now we would be rid of Bill C-38, but the environmental movement was in the way, they wanted more comprehensive changes."

Always admired your intelligent, gentle integrity, Elizabeth..... Still hoping that Justin chooses you as his Deputy Prime Minister.
He could benefit tremendously from your wisdom. Not to mention the benefits to all Canadians...... Cheers, Bernard.