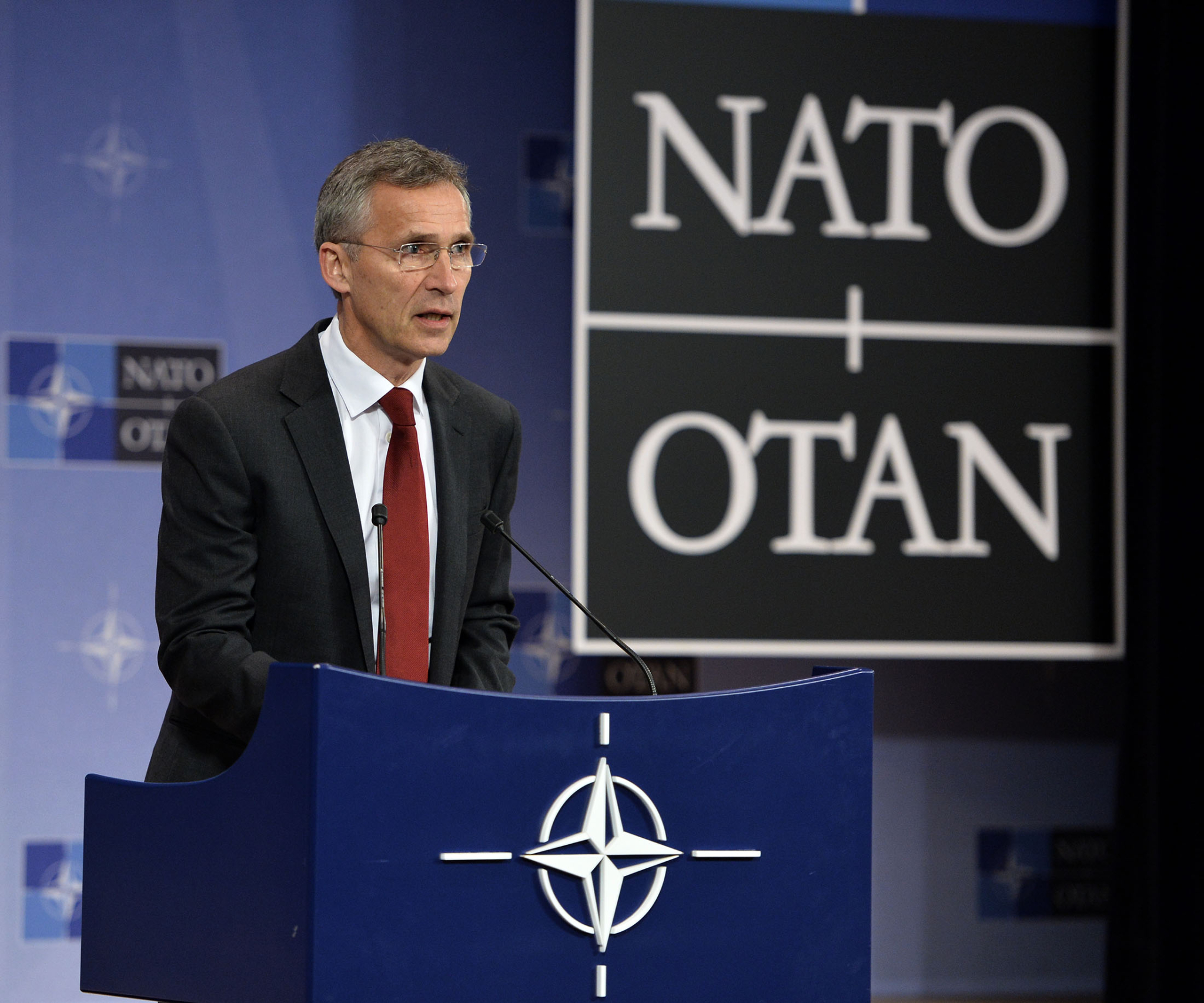 As global warming opens up new shipping lanes and access to valuable resources, countries are firming up their military presence in the Arctic.

The increasing militarization of the north means Arctic affairs and climate change are both likely to land on the agenda at NATO summit in Warsaw, Poland on July 8 and 9th, according to political observers.

Ahead of the summit American conservatives are urging the U.S. to get the Arctic on NATO’s agenda and arrive at an agreed strategy for the region.

“Economic, oil and gas, and shipping opportunities are increasing in the region—as are Russian military capabilities,” policy analysts Luke Coffey and Daniel Kochis wrote in a mid-June brief for the conservative think tank, The Heritage Foundation.

“Although the Arctic region has been an area of low conflict among the Arctic powers, NATO should consider the implications of Russia’s recent aggressive military behavior,” the analysts noted.

The sabre-rattling is not limited to the United States.

Ahead of the summit, “Canada has been asked to participate and lead a defensive NATO military deployment in the Baltic Sea region in efforts to establish a credible deterrence against potential military offensives by the Putin regime,” noted documentary filmmaker Marcus Kolga in an op-ed piece in the Toronto Star.

“Poland and the Baltic States nervously endured NATO’s passive observation of the rapid expansion of Russian military infrastructure in the Baltic Sea region and the Arctic — posing direct threats to Canada as well,” Kolga wrote on July 4th.

A mixture of high temperatures and warming waters from climate change have opened the Arctic up to more shipping and resource development than ever before.

For example, this summer the 820-foot long, 13-deck Crystal Serenity cruise ship aims to traverse the Northwest Passage in less than a month.

Snook maintains that, at least in the Arctic, the Russians want to cooperate. “They see the Arctic with the establishment of their northern sea route as a money spinner. Why rock the boat?”

Snook said the six Canadian Arctic Offshore Patrol Ships along with coast guard support will be more than sufficient support for the region.

In early 2015, the Canadian government awarded a $2.3 billion construction contract for the six Arctic vessels to Irving Shipbuilding in Halifax.

“We’re nowhere near and we won’t be for decades anywhere near the level of traffic that the Suez Canal or some of the major shipping lanes will see,” Snook said.

Christopher Penny, an associate professor at the Norman Paterson School of International Affairs at Carleton University, is less sanguine saying open waters in the Arctic will lead to countries being able to operate more freely than before likely with new players such as China raising their interest in the region.

“That is leading to a fairly significant militarization in the Arctic in the sense of investment of considerable resources by most Arctic states and that’s understandable, but not without its risks,” Penny said.

“I don’t think anybody is saying there’s a risk of immediate conflict in the Arctic. [But] with uncertainly comes risk.”

At the upcoming NATO summit, Canada will work to try and restore credibility with the international political and military body, something that critics say was undermined during the Stephen Harper years.

Penny recommends Canada make its mark is by playing up its expertise in climate change response under the revitalized Liberal government.

Prime Minister Justin Trudeau publicly stated last March his ambition to have Canada regain a seat in 2021-2022 on the 15-member UN Security Council, a seat that Canada had previously held for six terms until it was lost in 2010 under the Harper government.

Penny argued recently in an Ottawa Citizen op-ed piece that Canada must do more than claim it deserves a seat.

Penny wrote: “Instead, it must show why. This necessitates continued attention to hard security concerns and, likely, a larger Canadian peacekeeping presence. However, campaigning for further council engagement with climate change could provide an important additional platform.”

Snook says Canada has a lot of work to do if it “wishes to hang its hat on the climate change hook,” but agreed the current Canadian government is more inclined to put climate change higher on the priority list than the Harper government.

Canada has a long way to go before it matches the U.S. military response to climate change. President Obama has defined climate change as an urgent matter for national security, as he did in his recent speech in Ottawa.

"This is not just a moral issue, not just an economic issue, it is also a matter of our national security," the U.S. President told Parliament in late June.

U.S. President Barack Obama talks about climate change in address to the Canadian Parliament on June 29, 2016. House of Commons video.

In July 2015, the U.S. Department of Defense issued a report in which it said it was already observing the impacts of climate change in shocks and stressors to vulnerable nations and communities.

The report noted that from 2006-2011, a severe multi-year drought affected Syria, contributing to massive agriculture failures and population displacements.

NATO is broadly on the same page.

Jens Stoltenberg, secretary-general of NATO, told Politico Europe in early June that climate change is a security threat that can create new migrant and refugee crises, contribute to scarce resources and water, and fuel new conflicts.

Snook believes climate change will make greater demands of the military in the future when it comes to providing disaster relief and humanitarian aid.

How the UN Security Council would respond if Canada campaigns for a seat based on a climate change argument remains unclear.

Penny says some on the council may see it outside of the council’s mandate and better left to agencies and bodies such as the UN General Assembly more focused on sustainable development rather than security.

Snook, for one, doesn’t entirely agree with the characterization of climate change as a security threat. “It only becomes a threat if we do nothing about it,” he said.

“As long as we have large international multi-agency awareness and discussions then we will move, albeit very slowly sometimes, and actually start to take action.”

In 2010 Snook wrote a paper for the Canadian Naval Review in which he declared: “Climate change has the potential to be a global threat of unparalleled magnitude and requires early, aggressive action in order to overcome its effects.”

In the same paper, Snook concluded that if greenhouse gas emissions weren’t checked and average global temperatures were allowed to rise, “the consequences will affect all of us and it is inevitable that in some form or another the military will be required to respond.”

Snook told National Observer that action to combat climate change could reduce the threat. “If we did nothing about it, then we’re on a path of some difficulty.”