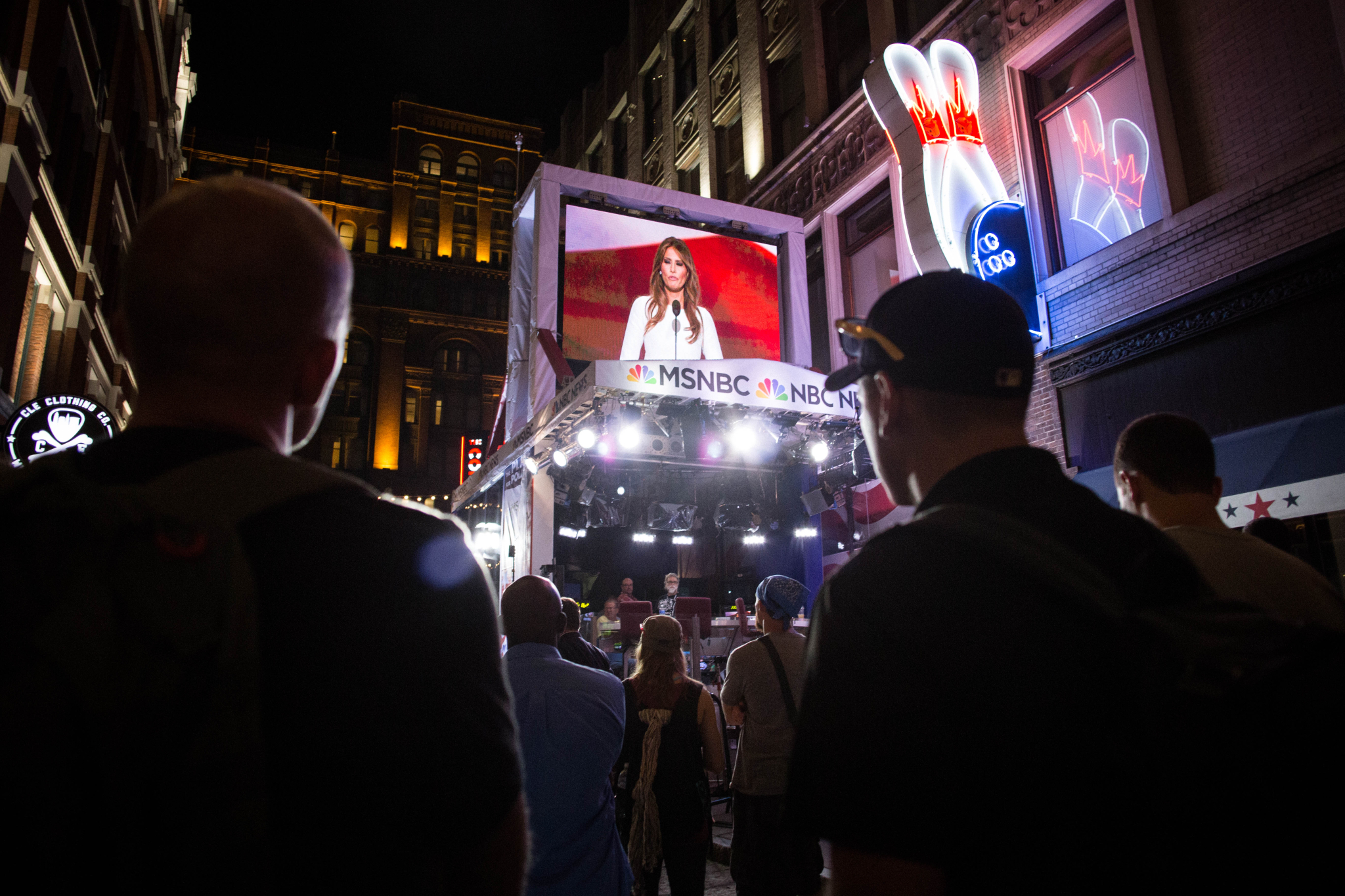 Is there a more fitting symbol of the entire Trump campaign than the image of poor captive Melania mouthing a plagiarized speech on integrity? The original, it's been pointed out, was written by Sarah Hurwitz, Hillary Clinton's own speechwriter.

Yet the killer piece is the endless looping reel juxtaposing a helplessly stilted Stepford wife struggling to parrot the real thing and genuine article: the confident brilliance of Michelle Obama.

There is a crushing tragedy for Melania Trump in all of this. I'm afraid I can't join the "serves her right" crowd, although there's no question whatsoever that if Michelle Obama had done anything like it she would never be forgiven.

But Michelle Obama is not a weakly-educated trophy model thrust far beyond her depth by her desperate narcissist of a husband. That Melania Trump is both profoundly uncomfortable and manifestly unsuited to the role her husband has picked out for her is just one more example of his abject disregard of women.

As if we needed any more.

Of course no speech writer was fired over this absurd escapade, because, well, who do you think wrote the damned thing? Who else would be allowed to put words in the mouth of Donald Trump's wife except the man himself?

And for a man like Donald Trump, nothing could reflect his own power more than his wife. The stage-craft of Melania's debut on the world scene at the Republican National Convention was pure Donald. His over-the top back-lit entrance to introduce her (no one else could be trusted with that job), the radiantly pure white dress, the face botoxed and and filled into a frozen mask.

All of it a religious idolatry reflecting glory onto Trump.

Melania, of course, is just a prop. A model prisoner.

Don't ask. You're not supposed to know. Just gaze in wonder. It'll all be over soon.

Trump: No third-party run for me

I have sympathy for Melania

I have sympathy for Melania as well. It is very obvious that she is not comfortable with the type of attention she gets from Trump's followers. This is not the adolation she received as an international model who was highly regarded for her looks, not for her political views. Trump handlers should have been aware that she will never be able to project a personality who is knowledeable about political and social issues or be able to volunteer on boards that make decisions to improve public concerns. Ivanka will end up being the speaker for the 'woman in the White House' if he actually gets there...God forbid!!

Yes, she is really out of her

Yes, she is really out of her element. I can only imagine this is one of many humiliations she's suffered as the wife of Mr. Trump.