Wikileaks highlights: What's in those hacked emails Trump is talking about 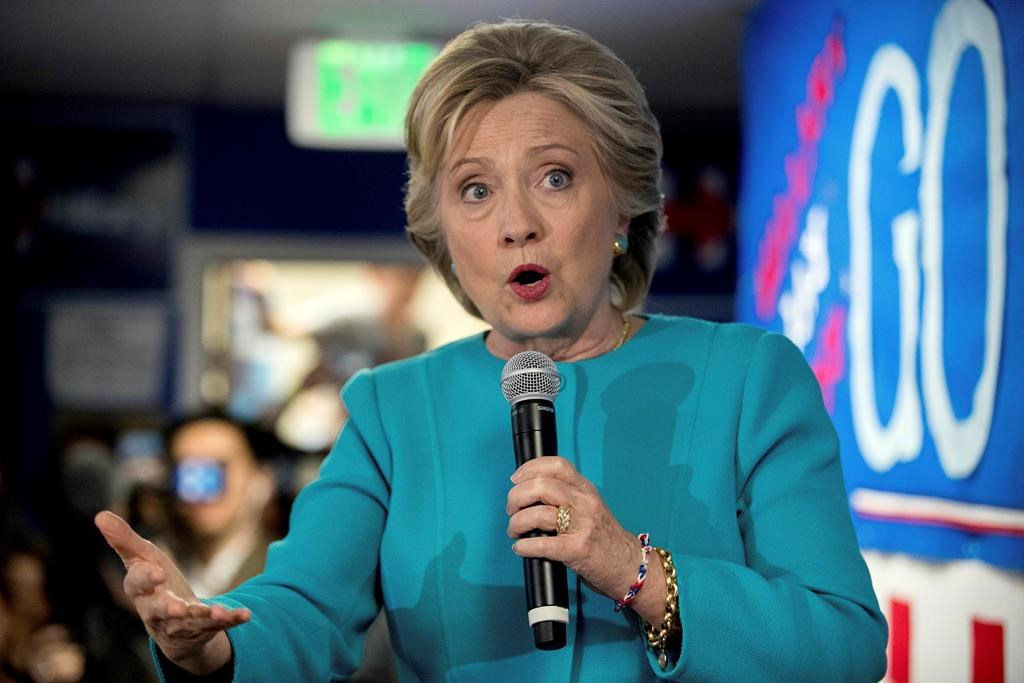 Donald Trump is fuming at the media. He's upset they're focusing on his sexual conduct, instead of the emails being posted to the Wikileaks site. His erratic response to groping allegations hasn't helped — he's made headlines by disparaging his accusers' physical appearance; calling the election rigged; and demanding Hillary Clinton undergo a drug test.

But what's actually in those emails?

Thousands of messages have been purportedly stolen from the Clinton campaign — by Russian hackers, according to U.S. intelligence. Clinton's campaign won't confirm the messages' authenticity. It says this is worse than the Watergate break-in, with a hostile government trying to influence an American election.

The emails are being released in batches. So far, they mention:

—President Barack Obama: Obama exchanged messages with Clinton on her private email, according to an email purportedly from a senior aide. Obama has said he only learned the same way everyone else did that Clinton never used government email — in the news. To Trump, this is damning. He alleges, without evidence, that the reason Clinton never got charged by the FBI for mishandling classified information is that the FBI's boss, Obama, also used to email her now-notorious personal account.

—Foreign lobbyists: The Clinton campaign debated whether to accept donations from Washington lobbyists representing foreign interests. They considered making an exception for friendly countries — they cited Canada as an example. In the end, they accepted everything. An email purportedly from Clinton's communications director says: "Take the money!!"

—Secretary of State Bloomberg? An aide to Michael Bloomberg responded, when asked by a Clinton friend whether the billionaire-ex-mayor was interested in an administration job under Clinton: "Secty of state. Which ain't gonna happen." The friend Neera Tanden, head of a progressive think-tank, forwarded the email to campaign chair John Podesta and said: "Something to know for down the road."

—Qatar connection: The Persian Gulf state donated $1 million to the Clinton Foundation for Bill Clinton's birthday in 2012. A year later, Hillary Clinton told an audience at Goldman Sachs, according to leaked transcripts, that Qatar and other Gulf states were funding jihadist groups in Syrian's civil war.

—Primary favours: Leaked emails suggest the Clinton campaign asked the Illinois state government to move back the date of the primary, to hurt Republicans. They feared an early Illinois primary would benefit moderate Republican candidates. A purported email from Clinton campaign manager Robby Mook says the Clintons, "won't forget," what friends do for them.

—Obama push poll: Outside groups endorsing Clinton's 2008 bid conducted a whisper-campaign against Obama. In a January 2008 email, a polling-firm employee tells friends of Clinton that it added anti-Obama questions to a poll "as requested." The questions refer to his past use of cocaine; his Muslim father; and him not wearing an American flag lapel pin.

—Media relations: A Democratic party official who occasionally comments on CNN told the campaign during the primary that she occasionally gets advance notice of questions for network town-hall events. Donna Brazile now says she never got actual questions. Also, the New York Times went back-and-forth with the Clinton campaign last year over which quotes it could use. In a piece this week, Times writer Mark Leibovich says he'd tried getting Clinton to do an on-the-record interview; she agreed to speak off-the-record; he later convinced her team to let him use some quotes from the off-the-record chat.

—'Get a life,' far left: A transcript says Clinton voiced frustration with her party's left-wing fringe, in a private event with a union: "They come to my rallies and yell at me.... They say, 'Will you promise never to take any fossil fuels out of the earth ever again?' No. I won't promise that. Get a life, you know."

—'Needy Latinos': Clinton's campaign chair urged her to call "needy Latinos" who required some attention before endorsing her, include former cabinet secretary and governor Bill Richardson.

—Collusion: Trump says there's proof of collusion between Clinton and the Justice Department. That's because her aide, Brian Fallon, wrote that a department contact informed him of a court date related to a freedom-of-information case on Clinton's records. Fallon says that doesn't mean collusion; there were also public records and media reports about the upcoming hearing.

—TPP — policy or politics: Opponents accuse Clinton of a cynical flip-flop over the Trans-Pacific Partnership trade deal — she worked on it in government, opposed it in her primary. Clinton says she withdrew her support after seeing the final details. An email exchange among campaign staff suggests a political calculus. It shows a conversation right after the agreement was announced. Clinton would oppose it — yet they discuss whether to wait a few weeks until the final text is released, to use that as a pretext.

—Bank ties: In paid appearances at financial institutions, Clinton vaunted her good relationship with banks. She said she represented them for eight years as a New York senator. She got annoyed at campaign staff when they insisted her husband cancel a speech to Morgan Stanley, the week of her campaign launch. Transcripts also show she told bankers they needed to toughen regulations and respond to public anger after the financial crisis.

—Thoughtful exchanges: Clinton offered candid and detailed analysis of world events, in events at Goldman Sachs. According to transcripts, she discussed hearing a screaming match between Chinese and Japanese leaders; the re-emergence of Japanese nationalism; Russian distrust of the Chinese; how a Syrian no-fly zone could kill civilians; and the multiple causes of U.S. legislative paralysis.

The decline of the American empire and rise of Donald Trump