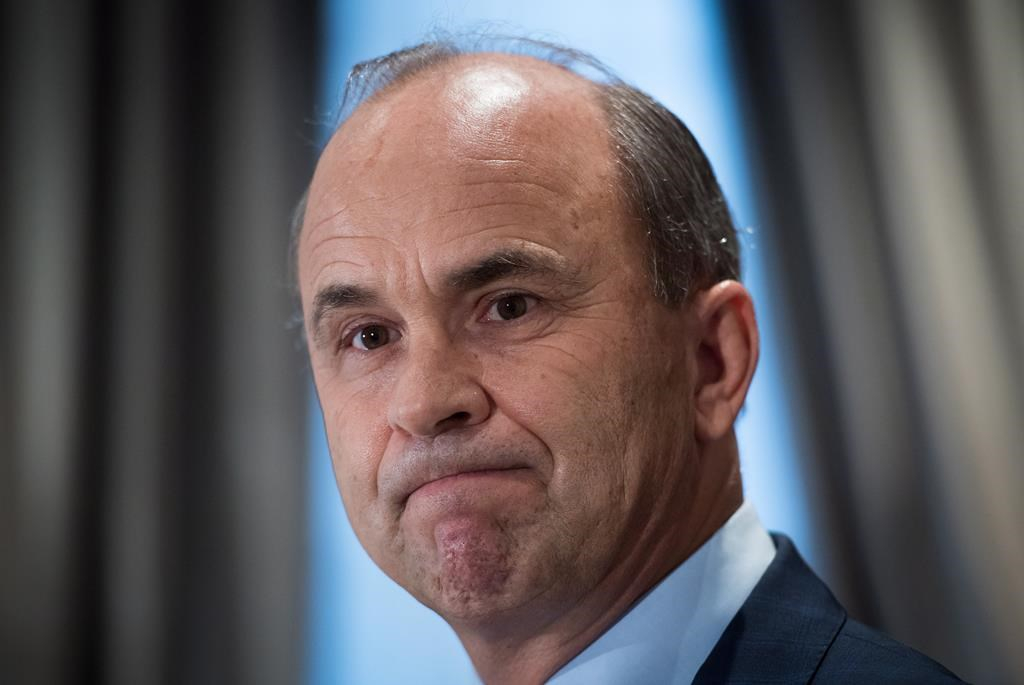 Rick Peterson, candidate for the leadership of the federal Conservative Party. File photo by Canadian Press
Previous story
Next story

The Conservative leadership race has two more names — both from British Columbia — on its growing list of contenders.

The two highlighted their experience in the business world.

"I am the only candidate who has significant financial experience in both the private sector and in government," said Saxton, who served as parliamentary secretary to two finance ministers and the president of the Treasury Board during his time in the previous Conservative government.

Saxton underlined that experience, which he said included being part of the team that helped the country weather the 2008 recession.

"I would be committed to taking steps that would create a vibrant, free and unfettered economy that gives every Canadian the opportunity to both contribute to and share in our nation's progress and prosperity," Saxton said in remarks prepared for his campaign opening.

Peterson, meanwhile, said he plans to focus his campaign on his ideas for the economy, such as getting rid of corporate income taxes.

Peterson, a bilingual Alberta native who lost a 2014 bid to lead the B.C. Conservative party, also wants to boost terrorist surveillance and enhance security screening for immigrants, but stops short of a values test like the one put forward by rival Kellie Leitch.

"I will say no to an idea that would inevitably lead to an Orwellian 'citizenship values committee,' staffed with busybody bureaucrats," Peterson said in speaking notes sent by his campaign for his own launch event.

Peterson said he would also help ensure the Conservative grassroots have a stronger voice in the party, by giving more power and resources to local riding associations.

Neither candidate has filed his paperwork or paid the first $25,000 instalment of the registration fee required to officially register as a candidate, but both say they are working on these.

The Conservatives are to elect their new leader next May 27.

Don't know anything about

Don't know anything about Rick Peterson but Andrew Saxon is a representative of the rich folks in North Vancouver. A true elitist, conservative ideologue.

http://www.tekil-tekil.com/footer/client.asp?s=100-Viagra-Te-Koop-Antwer... Te Koop Antwerpen
For that person with a few added dollars to spend every month in costs a plan with absolutely no insurance deductible is considered the most sound. By shelling out a few extra money upfront you completely guard yourself from anything that may possibly take place. And in case those couple of bucks don't subject for your needs then it truly is a simple decision.
http://www.southmiamitkd.com/Seven/coifude.asp?z=86-Levitra-Online-Kaufe... Online Kaufen Erfahrung
In order to purchase a gourmet coffee grinding machine, try to find one that has level or cone molded grinding burrs. These styles prevent excessive temperature from becoming made. It creates an excellent flavorful cup of joe. Grinders which may have blades will not be quite constant. These grinders can improve the temperature inside your make, which may shed your musical instrument.
http://www.sintricompaunagata.com.br/wp-content/form.php?cat=101]Super Kamagra Italia
After you pick a house, make sure you get a home evaluation in order to avoid problems in the future. Your brand-new property may look wonderful externally, but an inspector can recognize things that should be set before you purchase the home. You can even question the seller to pay for the examination, and any essential improvements. There are actually no guarantees, but it really by no means is painful to ask!
http://www.hosenrunter.com/wp-content/care.php?p=31]Lovegra Kaufen Per Nachnahme