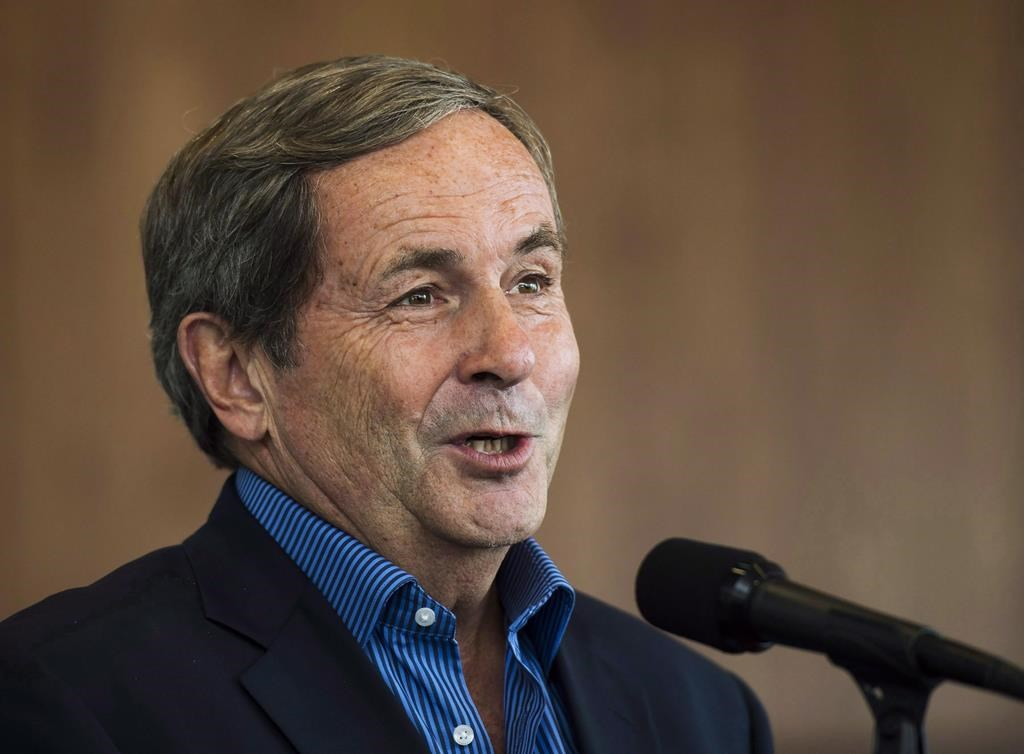 Canada's ambassador to the United States David MacNaughton says the Trudeau government is willing to sit down with President-elect Donald Trump to discuss the North American Free Trade Agreement. Photo by the Canadian Press.
Previous story
Next story

If U.S. president-elect Donald Trump wants to sit down and renegotiate the North American Free Trade Agreement, Canada says it's prepared to talk.

"We're ready to come to the table," David MacNaughton, the country's ambassador to Washington, said Wednesday.

Canada believes the agreement as it stands has benefited all three countries, but "everything can be improved," he told a conference call with journalists.

MacNaughton stopped short of disclosing details of what Canada would seek in an updated agreement, saying he'd prefer to save that for the discussion table.

He did say, however, that he'd appreciate seeing free trade in lumber — a perennial irritant.

Upgrading the 1993 agreement was a major promise in Trump's successful election campaign; Trump says if the U.S.'s neighbours don't agree to renegotiate it, he'd move to scrap the deal — a move trade observers say could be quite complicated.

''NAFTA was the worst trade deal in history,'' Trump said in a campaign speech.

''I'm going tell our NAFTA partners that I intend to immediately renegotiate the terms of that agreement to get a better deal for our workers. And I don't mean just a little bit better — I mean a lot better.

"If they do not agree to a renegotiation, then I will submit notice under Article 2205 of the NAFTA agreement that America intends to withdraw from the deal.''

Observers say that a president could easily pull out of NAFTA, but that wouldn't automatically restore trade tariffs — that would require congressional action, which would potentially be a contentious process.

Earlier in the day Wednesday, Prime Minister Justin Trudeau offered his congratulations to the U.S. president-elect, saying he's willing to work with the new administration.

MacNaughton said he expects the two leaders to speak soon.

It would be better if it is

It would be better if it is scrapped. They should raze their own forests for lumber and poison their own waters for their energy needs. Fewer imports would make many reeveluate their disposable lifestyle and the stupidity of importing over 80% of our food, not to mention the incredible amount of food waste. Rather than a handful of multinational corporations running the country, importing cheap workers and exporting profits, we could have a resurgence of Canadian companies having to hire Canadians and pay living wages. If NAFTA fell, we might get out of others and be able to improve much of what is broken in this country.

I concur with most of your

I concur with most of your comments.
However, it is not always a good idea to have preferential treatment of our own industries.
A deal that I'm personally involved with at the moment serves as an example. I just recently installed solar panels on my roof. A company in India can produce these panels relatively inexpensively due to cheap labour costs. My supplier, however, would be nailed with a 250% (!) surcharge if he purchased from there. Why? Because the Can. gov't is protecting 4 companies in Ontario that make basically the same product. So, in an effort to be relatively environmentally friendly, I pay through the nose for a Can. product.

I'm a producer of fruit which could find a market in Asia. However, if Asian countries turned to the same protection as you suggest that we do, I wouldn't be able to sell to them. We produce more fruit, as well as many other products, than we can use at home. What happens to us under a protectionest system? I'm not a big company but belong to a co-operative which is striving to make ends meet by finding a market for our product overseas. There have been situations where fruit from the US has been dumped in Canada. This was and is under the NAFTA, and I for one would also like to see it renegotiated for the one reason alone.

Your points are valid and I

Your points are valid and I don't disagree. Part of the broken system, in my opinion is shipping Anything across the planet (with the emissions, infrastructure, damage to oceans and their inhabitants, etc) when it is manufactured here. Prices are higher for our products - and produce - because people are paid better wages here and that costs money. I go out of my way to search for products made or grown in Canada and willingly pay the higher prices, in order to support my country's economy and workers as well as to avoid supporting the semi-slavery that people in many countries are subjected to. I do not shop in places like Walmart for the same reason.

Sending apples (for example) across the world (how much is spoiled, or ends up wasted in addition to the emissions, etc) and importing the same kind from distant shores is unsustainable in a world with a climate crisis. BC is full of blueberries, yet in Peak season in AB, stores are full of product from Mexico. This is utter lunacy and we have to change it.