She lived in Canada her whole life. Then they told her she wasn't a citizen 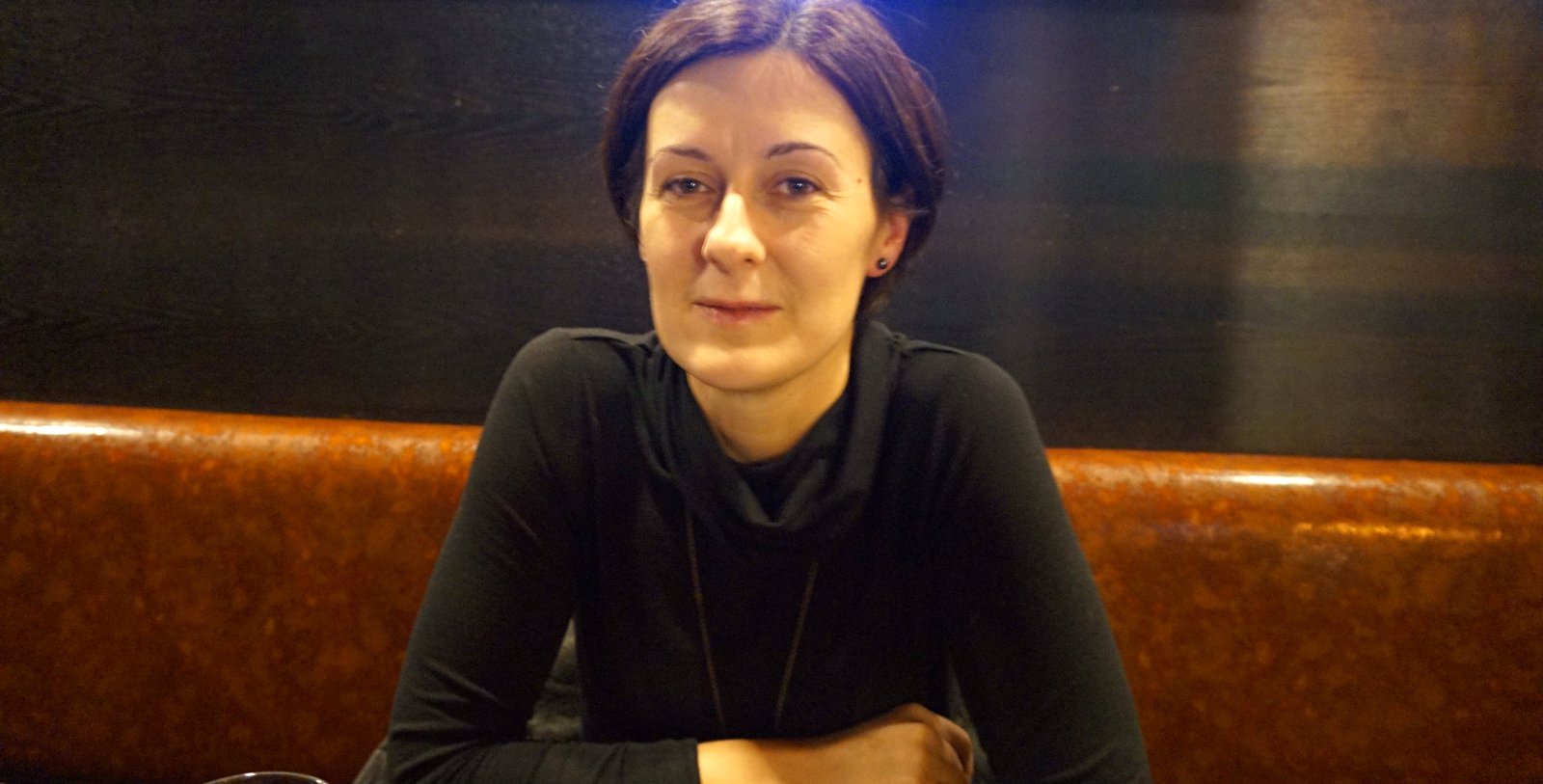 Outside a country club in Vancouver, just before Prime Minister Trudeau was about to speak at a private event on Monday, Byrdie Funk told me about the day a letter from the government turned her life upside down.

It happened about six months ago, when the Squamish resident was on her way to buy some groceries and stopped at her local post office to pick up the mail.

She had applied to renew her passport in 2013, just to "keep it up to date," and this year, she saw there was a reply from the federal government.

But instead of a new passport, she received a letter saying that her application was denied because she was no longer a Canadian citizen. Much to her shock, it also informed her that she had been "in Canada without legal status" since 2008.

"It was completely shocking and devastating," Funk said. "I was having to remind myself to breathe as I walked out. It felt surreal. My whole entire life is here in Canada. My entire family is here. All my friends are here."

"After that the first thing I did was show my husband the letter and he said surely this isn't possible. It's wrong. They can't just take away your citizenship. That just doesn't happen in Canada."

Stripped of citizenship due to a defunct clause

Funk is one of an unknown number of Canadians whose citizenship has been revoked due to obscure laws that can render people stateless without their knowledge.

According to Section 8 of the 1977 citizenship act, second-generation born abroad Canadians whose birth date falls between Feb. 15, 1977 and April 16, 1981, must apply and be approved to retain citizenship before their 28th birthday. Funk said no one ever told her about this clause and she had no idea that she had lost her citizenship when she turned 28 in 2008. Although the section was repealed in 2009, the effect wasn't retroactive. So the law continues to apply to people like Funk, who were born abroad between 1977 and 1981.

"I contacted my MP, Pamela Goldsmith-Jones. I told her assistant what was happening and she said she would look into it for me. Although I was panicked and anxious, I really thought they would come back to me and say: 'This has been a mistake, we're sorry.' But two weeks later she sent me the email saying essentially there's nothing she can do, that the quickest way for me to regain citizenship was to apply for permanent resident status. I mean, I've been in Canada since I was two months old. The shock of it hit me all over again."

Goldsmith-Jones' office was not immediately able to respond to questions from National Observer.

Funk drove from Squamish on Monday to attend the private event, and possibly raise the issue with Trudeau. She had been invited by an attending guest, and had a printed ticket with a QR code.

But a few hours before the event, she learned that she wasn't eligible to attend.

In order to gain entry, she needed to sign a form saying she had Canadian citizenship. But she felt she couldn't do that until officialdom restored her status. In a strange way, her exclusion outside the building mirrored her citizenship predicament.

"I don't want to make anybody feel bad or confront anybody about it. That's not what I'm about. I just want this to be fixed," she said.

Since losing her citizenship, Funk's life has been affected in numerous ways.

Normally, she would attend professional development workshops in the U.S., but she can't cross the border.

If she applies for a "discretionary grant" of citizenship, her citizenship would be granted in 2016, and she wonders what impact that might have when she reaches retirement and needs to apply for a pension. Indeed, government officials say she'd be a citizen not retroactively from birth, but from the moment she gets citizenship, as though she were an immigrant.

"A grant of citizenship under subsection 5(4) of the Citizenship Act is prospective. This means the individual granted citizenship would be a citizen from the date of taking the oath of citizenship," Immigration, Refugees and Citizenship Canada spokesperson Nancy Chan said.

Inside the Prime Minister's event Don Chapman, an advocate for Lost Canadians, approached Prime Minister Trudeau to explain the predicament of people like Byrdie Funk and ask for his help. Trudeau recognized Chapman immediately.

"I walked up to him, and before I even got there, he told me, 'Don, we're working on it. I promise you,'" Chapman said.

"Three out of four of my grandparents were born in Canada," Funk said. "But they were Mennonites. A lot of Mennonites were being persecuted in Russia for their faith, and they spread out to other parts of the world, so my own parents were born in Mexico. I was born in Mexico, and when I was a baby, they decided to move back to Canada. Canada was intentional about bringing Mennonites over to help farm the land."

She learned that many people affected by this situation are Mennonite Canadians, who were born abroad.

"Look at their last names. In a CBC report I was in, there's Monica Friesen, Eva Friesen, and they're not related. And Pete Giesbrecht."

Funk said that some people are facing severe pressure, with immigration officers coming to their doors and threatening removal from Canada, even in the case of Mennonite-Canadians who own a business, have children, and have been in Canada most of their life.

In cases where they seek legal help they are advised to simply fill out the paperwork for permanent residency and seek sponsors as though they were regular immigrants to Canada, Funk said. She knows individuals in her situation who have already spent thousands of dollars on lawyers to fill out "immigration" applications.

Funk finds it strange that Canadians who have substantial documentation proving their education and careers in Canada still have to go through this process. She said that since starting an online petition, others have gotten in touch to let her know they were going through the same conundrum.

Immigration, Refugees and Citizenship Canada spokeswoman Isabelle Vigneault said authorities tried to notify people like Funk to the extent that they could, but that it was impossible to let everyone affected know because the government has no data on how many people might be stripped of citizenship under this rule.

"As we do not have data on the number of individuals who might have been impacted, we were unable to advise people systematically. When possible, IRCC did inform people who were subject to the repealed Section 8 of the Citizenship Act that they would have to take steps to retain their Canadian citizenship prior to their 28th birthday by way of a written notice to the client included with their citizenship certificate."

Asked why the government wasn't keeping tabs on this information, an IRCC spokesperson replied:

"IRCC does not receive information on children born abroad to a Canadian citizen. There is no requirement for a Canadian parent to inform IRCC of the birth of a child outside of Canada Immigration, Refugees and Citizenship Canada (IRCC) only becomes aware of these cases when a person comes forward and applies for a proof of Canadian citizenship, or they request a discretionary grant of citizenship under subjection 5(4) of the Citizenship Act."

Today, Bill C-6 (An Act to amend the Citizenship Act and to make consequential amendments to another Act, 2016) is before the Senate, but critics say crucial amendments need to be made for the bill to address a range of situations affecting Lost Canadians.

Meanwhile, older citizenship laws discriminating against women and children born out of wedlock continue to apply to would-be Canadians. Kyle Lopez, a 32-year-old IT security expert born in the U.S., lives in the "grey zone" because his citizenship comes from his Canadian grandmother, who became an American in 1965.

Lopez says he finds it strange that he would automatically be a Canadian citizen if only his grandfather was Canadian, because the law gave more rights for men to retain citizenship, while women were revoked of their own nationality as soon as they married non-Canadians. Even though many of these provisions have been fixed in updated legislation, they apply retroactively, meaning that people as young as Lopez continue to be affected.

Chapman, the advocate for Lost Canadians, was born in Canada but lost his citizenship as a child due to arcane provisions. He later got it back after a hard fight. Chapman told National Observer that the Liberal government has a chance to fix the issue before problems get out of hand.

"You know, we've had thousands of refugees and immigrants come into Canada this year. What do you think is going to happen once those people become citizens?" he asked. "It's just going to get worse."

He said part of the problem was that compared to other countries, Canada has muddled and changeable citizenship laws that don't clearly define what a Canadian is, and that as a result, Canadians don't have a strong sense of identity bonded to firm citizenship laws.

"I'd say to Trudeau: your father brought Canada the charter. Now, you have a chance to bring Canada its identity by fixing citizenship."

Although Funk is now stateless as a result of obscure laws, IRCC stressed that efforts to remedy the Citizenship Act have been made, and that very few Canadians are affected by these technicalities.

"The 2009 and 2015 legislative changes restored or gave citizenship to the vast majority of people who had lost it or never received it due to outdated legislation," Vigneault said. "The number of remaining 'lost Canadians' is very small, as the new provisions have now addressed most cases."

She added that people who didn't become citizens as a result of the 2009 or 2015 legislative changes, "who have been living and working in Canada for most of their lives and have been under the mistaken belief that they were Canadian citizens," can apply for a discretionary grant of citizenship under subsection 5(4) of the Citizenship Act.