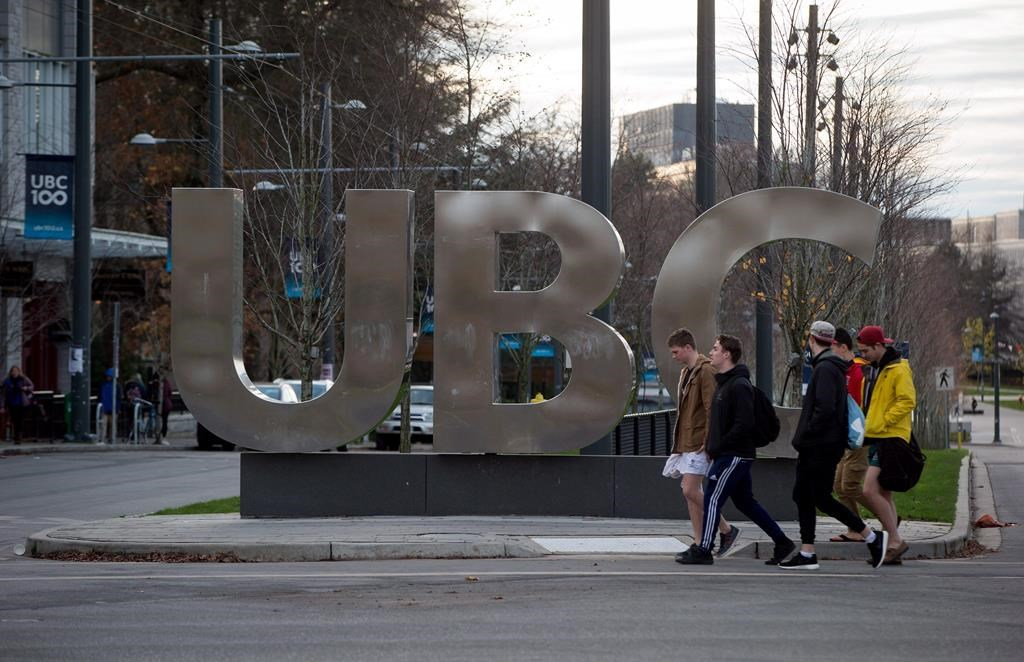 Students walk to class on the University of British Columbia campus. File photo by Canadian Press.
Previous story
Next story

Joseph Boyden and Yann Martel are among the prominent Canadian authors who have signed an open letter demanding an external investigation of how the University of British Columbia handled allegations against Steven Galloway.

The acclaimed writer was fired in June under a veil of secrecy from his position as head of the creative writing department. The university hired a former judge to conduct a months-long investigation into "serious allegations," but it has never revealed the allegations or the findings of her report.

Boyden's publisher confirmed the author spearheaded a group effort to write and circulate the letter. Margaret Atwood, Madeleine Thien, Lisa Moore, Miriam Toews and Vincent Lam are among dozens of well-known signees, though they could not be reached to verify their support.

In an email Boyden sent to writers asking for their signatures, he wrote that the letter "does not draw conclusions about guilt or innocence, but focuses on a process that ill-served complainants and Mr. Galloway.

"There can be no reasonable public discussion of this matter until UBC begins to provide appropriate facts and information," he wrote.

The letter criticizes UBC for announcing Galloway had been suspended in November 2015 over "serious allegations," casting suspicion over the professor and creating the impression he was dangerous, severely damaging his reputation and health.

It also says UBC appears to have misrepresented the findings of the former judge's report. The university said in June that Galloway was no longer employed following a "record of misconduct," but the faculty association said all but one of the allegations was unsubstantiated.

Martel, who authored the Man Booker Prize-winning "Life of Pi," said in an interview that he and Alice Kuipers, his partner, decided to sign the letter to express their concerns that due process wasn't followed and to ensure it is followed in the future.

"Not only has Steven Galloway's reputation been sullied, but also UBC's and also the complainants have felt that things didn't quite go as they thought it would," he said. "There just has to be clarity and I think that will work best if there is due process."

Kuipers, a best-selling author of young-adult and children's books, said she and Martel thought carefully before signing the letter. She said it appears the university needs to more clearly lay out a process for handling such cases.

"It just seems that the clouds of suspicion over everybody are deeply unpleasant," she said.

While UBC has never revealed the allegations against Galloway, The Canadian Press has spoken with five people who brought forward complaints based on behaviour they experienced or witnessed. The complaints included sexual harassment, bullying, threats and one instance of physical assault.

Philip Steenkamp, vice-president of external relations at UBC, issued a statement Tuesday saying the university reached its decision only after a "thorough, deliberative process" in accordance with labour laws and its collective agreement with the faculty association.

In response to the call from the authors for an independent review, Steenkamp said such a review was already underway, as the faculty association has filed a grievance that will be heard by an independent arbitrator.

UBC remains bound by privacy law from detailing the allegations against Galloway unless he waives his right to privacy, which he has not done, Steenkamp said.