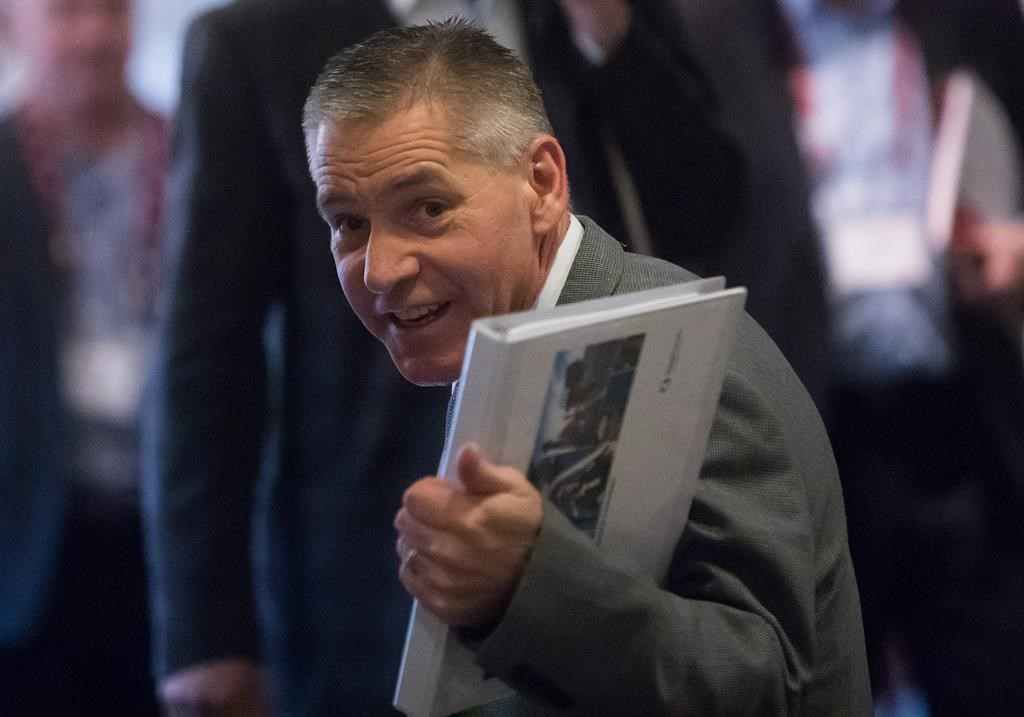 TransCanada Corp. (TSX:TRP) has submitted a new presidential permit application to the U.S. Department of State for approval of the Keystone XL pipeline.

The application comes only days after U.S. President Donald Trump asked the company to reapply and signed an order to help expedite the project.

The pipeline would ship oil 1,900 kilometres from Alberta to Steele City, Neb., where it would connect with other lines leading to refineries along the U.S. Gulf Coast.

TransCanada CEO Russ Girling said the project, which would carry some 830,000 barrels of oil a day, remains in the interests of both Canada and the U.S.

"This privately funded infrastructure project will help meet America's growing energy needs as well as create tens of thousands of well-paying jobs and generate substantial economic benefit throughout the U.S. and Canada," Girling said in a statement.

On Tuesday, Trump directed the State Department and other agencies to make a decision within 60 days of a final application and declared that a 2014 environmental study satisfies required reviews under environmental and endangered species laws.

A day later, Girling, speaking publicly for the first time since Trump's move, said the company was talking with shippers to determine if they still support Keystone XL.

The company still faces bitter opposition from environmentalists, landowners and aboriginals who are determined to block Keystone XL, with hundreds protesting in front of the White House on news of Trump's order.

Former president Barack Obama rejected Keystone XL in late 2015, declaring it would undercut U.S. efforts to clinch a global climate change deal that was a centrepiece of his environmental agenda.

In response, TransCanada filed notice to launch a $15-billion claim under the North American Free Trade Agreement. It also filed a lawsuit in the U.S. Federal Court in Texas alleging that Obama exceeded his power under the U.S. Constitution by denying construction of the project.

In its announcement Thursday, TransCanada did not provide an update on the status of those actions.