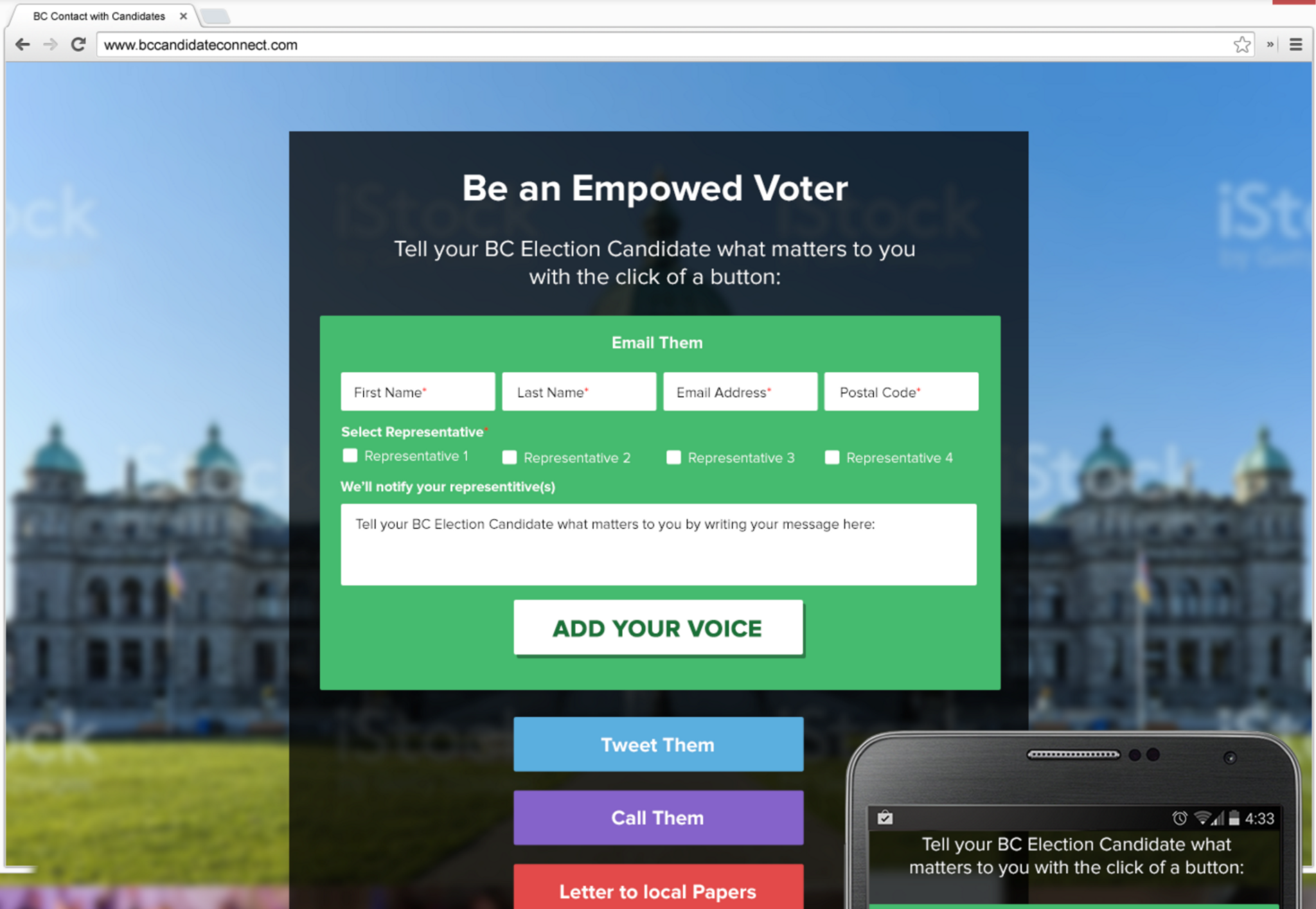 A screen capture of the new website BCvoters.ca on April 19, 2017. Photo by New/Mode
Previous story
Next story

Vancouver-based social enterprise company New/Mode has created a new tool that will allow B.C. voters to engage with candidates in the province's general election.

The company introduced the tool Thursday on a new website called BCvoters.ca. It gives voters a one-stop shop for contacting candidates by email, phone or Twitter.

The idea is to make it simpler for citizens to share their concerns with candidates, says New/Mode founder Steve Anderson.

“We’re in tumultuous times politically around the world and I think that people are losing faith in democratic institutions. It falls on all of us to reimagine and reinvigorate democracy,” Anderson said in a telephone interview.

“It’s easier to buy hard drugs online than to participate in democracy.”

There’s a sense among many citizens that they’re not being heard over the din of powerful interests, he said.

Mails letters to the editor, too

BCvoters.ca also lets users find newspapers near them and write letters to the editor directly from the website.

“We want to empower everyday British Columbians to shape the dialogue around the election,” he said.

New/Mode has been selling a similar community-engagement toolbox to campaigners in Canada and the U.S. who are trying to change government policy. Groups like the Vancouver-based David Suzuki Foundation are clients.

BCvoters.ca will be open to all users, free of charge, to voice any opinions, says Anderson, with New/Mode picking up the cost during the election campaign.

It is not linked to any political party.

Although trolls who harass people online haven’t been a particular problem with existing New/Mode clients, Anderson said there are safeguards in place to prevent abuse.

Anderson was also the founder in 2008 of OpenMedia.org, a civic engagement organization from which New/Mode is a spinoff. More than half of OpenMedia’s 2015 funding came from individual contributions and the rest from businesses and organizations.