The Populism Project: A look at the voices that make up the Rebel yell 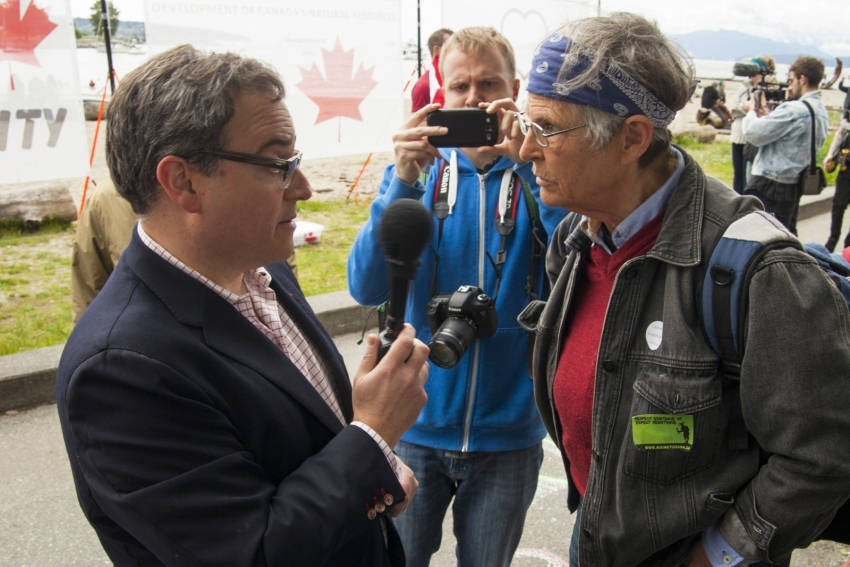 They roared up in motorcycles and climbed out of Ubers, wearing high heels and flip flops, "Make Canada Great Again" hats, brocade blazers and sweatsuits.

They were lawyers and truck drivers, retirees and students; those at the podium described them variously as civic nationalists, patriots, citizen journalists and crusaders — the last stalwarts of the traditional Western order.

They gathered Saturday in Toronto in support of upstart Rebel Media, a controversial "news, opinion and activism" website often accused of propagating the sort of hatred-laced content that fuels right-wing extremism, not just in Canada but around the world.

Ask them how they define themselves, however, and "frustrated" is the most common answer.

In the Populism Project, The Canadian Press is looking at what's behind the recent and ongoing upheaval in Western countries that's been challenging the political status quo, to explore whether similar conditions exist in Canada.

Populism is most widely understood as the belief that the status quo no longer represents the people's best interests and must be changed, such as with the election of U.S. President Donald Trump or Great Britain's decision to exit the European Union.

Among the 800 registered for Rebel Media's event Saturday was Cam Wright — neither a Conservative nor a Liberal, he said, but a skeptic about whether what he hears from politicians and the mainstream media is actually the truth.

He'd never attended a political event in his life prior to Saturday, and hesitated to show up at this one, in part because of what he might find behind the doors.

"The way the left makes it sound is what we're doing here is a big racist convention," Wright said after seven hours of lectures on topics like the Liberal tax record, Canada-U.S. relations and Christians in the Middle East.

"But you get here, and it's just not the case."

The Rebel was also a leading voice against M-103, the Liberal-sponsored House of Commons motion condemning and calling for an end to Islamophobia; Conservative critics framed it as the start of an effort to silence critics of Islam.

Conference attendee Nick Peres said he didn't quite see it that way, but was concerned it might be a harbinger of an increased government effort to regulate how people ought to think and behave.

When he first came to Canada from Romania more than a decade ago, Peres said he saw multiculturalism as a virtue. Now, he said, it seems to mean some people's values are more important than others.

If there's a common fear among the Rebel crowd, it seems to be that they're losing the freedom to discuss the things they feel matter the most. On Saturday, several people declined to be interviewed, fearing online attacks by "leftist trolls."

During her speech on attacks against Christians in Muslim-dominated countries, Rebel personality Faith Goldy talked about calls to war in the Koran, and accused Muslims of being on a holy war against Christians.

Some in the crowd booed and jeered in support; others shushed them for doing so.

There's been a complete breakdown in civil political discourse in Canada, suggested Kevin Topalian, a local college lecturer who said he came to the event specifically to hear dissenting views.

"It's terrifying because we can't have a rational conversation," he said. "If we are divided into two camps that look at each other with suspicion, that's the end of the country. We can't survive if we can't talk."

The star of Saturday's event was University of Toronto professor Jordan Peterson.

Peterson is a celebrity among Rebel fans for refusing to use the gender-neutral pronouns preferred by some students and faculty; his speech Saturday explored the question of why such a position has become so taboo.

For Wright, it was eye-opening.

"People like me who aren't the most intelligent, or scholarly, or articulate, we just don't understand how things like this happen," he said.

"I came to figure this stuff out because you aren't going to hear it from anywhere else."

Ros Feldman has attended several Rebel events and has been a community activist in nearby Brampton, Ont., for decades.

The tension between Islam and the West, free-speech issues like those raised by Peterson — such things don't get the debate or discussion they deserve, she said: "I don't think at the present moment our voices are being heard."

What that means for the political landscape in Canada is an open question.

Many interviewed said they will continue to vote Conservative, although some are frustrated with issues like the federal party's recent vote to support the Paris climate accord, or the Ontario PCs supporting changes to the sex education curriculum.

Conservative Leader Andrew Scheer's promise to protect free speech on campus resonated with some, but others say they don't trust him.

"I don't like religion in my politics," said one, identifying himself only as Matt, troubled by Scheer's ties to social conservatives.

While former Tory finance minister Joe Oliver was among those who addressed the crowd Saturday, no current federal Conservative MPs were spotted roaming the floor, although some leadership candidates did attend Rebel events during the campaign.

For his part, Rebel founder and chief spokesman Ezra Levant said he doesn't see the need for a new political party. There's enough of that splintering going on already, he told the conference at day's end.

"What we need to do is fill in the gaps left by the political parties," Levant said. "Be there for the people who have no one else to be there for them."