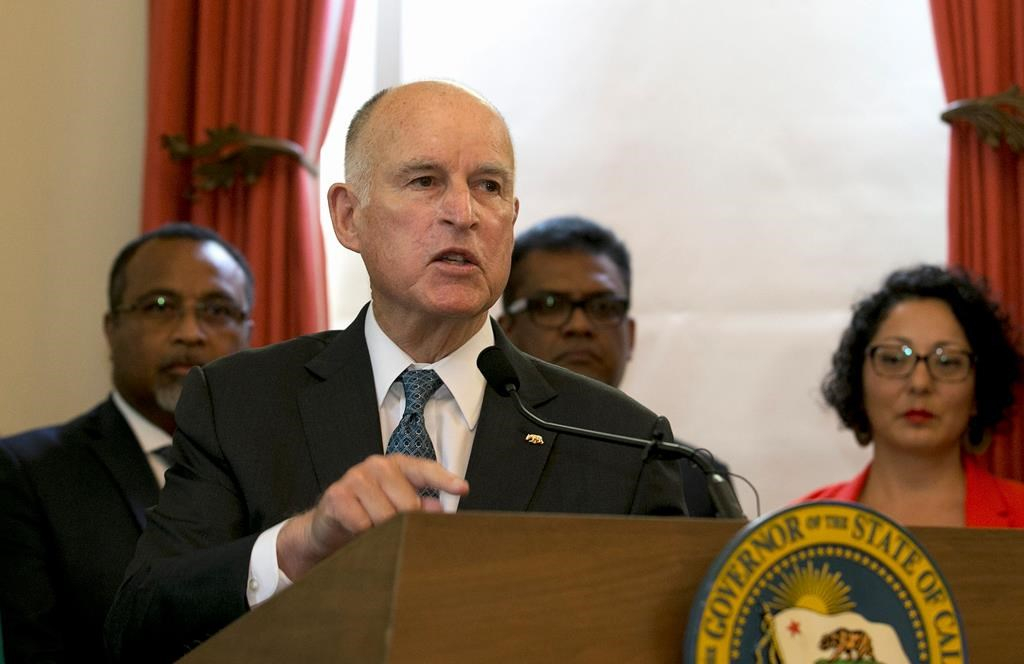 A plan to extend California’s signature climate initiative for another decade looks beyond cutting greenhouse gas emissions and takes aim at toxic air in the polluted neighbourhoods around refineries and factories.

The proposal comes as Gov. Jerry Brown moves to bolster California’s reputation — and his own — as a global leader in the battle against climate change, which he has intensified following President Donald Trump’s decision to pull the United States out of the Paris climate agreement.

California’s existing program known as cap−and−trade puts a limit on the state’s overall greenhouse gas emissions and requires polluters to buy and trade allowances to emit carbon. It aims to encourage polluters to clean up by putting a price on carbon and reducing allowable emissions over time.

One of a pair bills negotiated by Brown and top lawmakers would extend that program, which is the state’s highest profile initiative in a suite of policies designed to combat climate change, which needs the support of two−thirds of lawmakers. The other part of the plan is an air quality bill that needs only a simple majority to pass. Both bills could clear the full Legislature by Thursday evening.

Critics on the left charge that the cap and trade program leaves low−income neighbourhoods around ports, refineries, cement plants and factories saddled with toxic air even if it helps reduce the state’s overall emissions. That’s because polluters can keep releasing greenhouse gases as long as they pay for emissions permits, known as allowances, and pollution offsets, such as reforestation efforts.

For that reason, backers of the plan paired the cap−and−trade extension with a bill to improve air quality. The legislation requires local air quality management districts to monitor and report air quality data around the dirtiest sources of pollution. Some polluters will be required to upgrade equipment to newer, cleaner technology.

"There’s some old equipment out there at oil refineries and other facilities, that if it were just brought up to current standards would pollute a lot less," said Bill Magavern, policy director for the Coalition for Clean Air.

Maximum penalties for violating pollution laws will jump from $1,000 to $5,000, and they’ll go up each year to match inflation.

The deal has won over some environmental groups as well as liberal lawmakers who aggressively pushed for a focus on air quality.

"If I were singlehandedly writing legislation that only I had to vote for I might write something stronger, but I think this is one that is a very progressive, very positive compromise," said Assemblywoman Lorena Gonzalez Fletcher, a Democrat from San Diego. "And it allows us to get the pollution language that I don’t think we could get without coming at the same time as cap−and −trade."

But it’s angered others who say the air−quality improvements don’t make up for concessions to polluters. It would prevent local air districts from further restricting greenhouse gas emissions, and it would prohibit the California Air Resources Board — the state’s primary environmental regulator — from regulating oil refineries through any mechanism other than cap−and−trade.

"That’s a terrible choice to put us in," he said.

The proposed cap−and−trade extension does list cleaning up air pollutants from stationary and mobile sources as a priority use of money generated from cap−and−trade auctions. But the air quality legislation doesn’t explicitly designate money for monitoring. Specific expenditures are subject to future legislative approval.

The Bay Area district has previously floated putting greater carbon emissions restrictions on refineries under its jurisdiction, a move that would be blocked if the cap−and−trade deal passes. The South Coast Air Quality Management District is also concerned about a lack of funding in the bill.

Brown and legislative leaders, meanwhile, branded the air quality bill in a Monday night press release as a "landmark program to measure and combat air pollution at the neighbourhood level."

"All communities deserve clean air, benefits from strong climate actions, and a strong green economy. This package does just that," Assembly Speaker Anthony Rendon said in a statement.