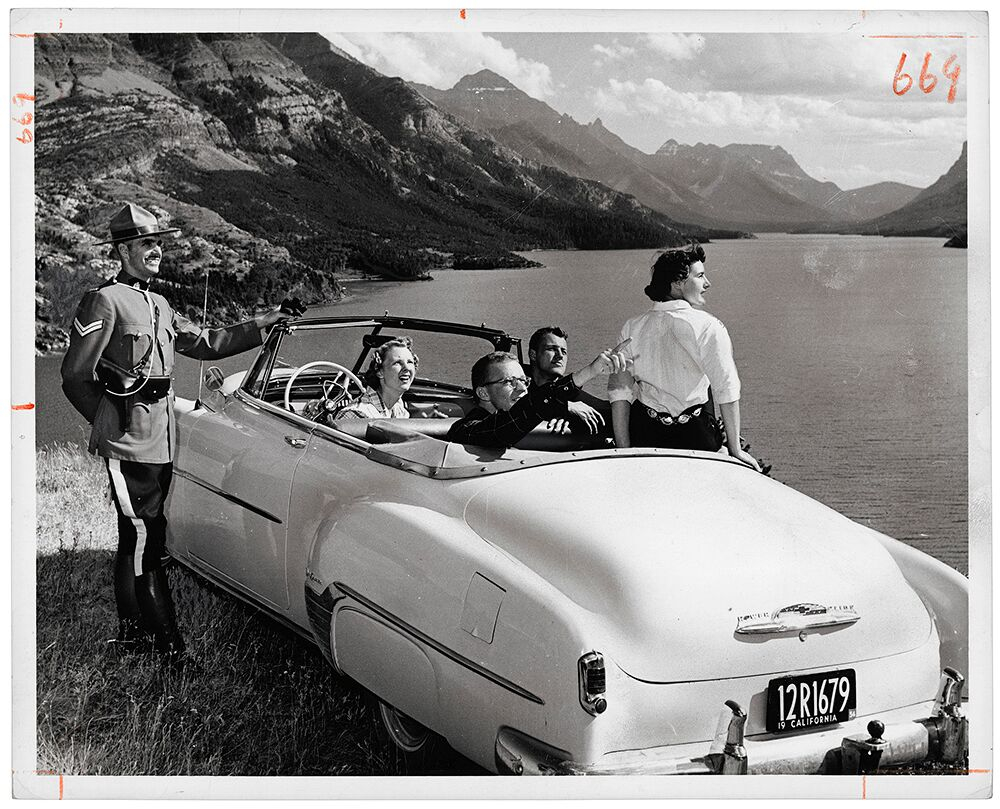 Toronto real estate entrepreneur Chris Bratty was not in the market for an archive of thousands of news photos spanning 100 years of Canadian history.

“I was astounded at all the images they had: the Prince of Wales in 1919 on a hunting trip in Saskatchewan; a frozen Niagara Falls in 1922; gold miners in Northern Canada and the Yukon in 1902,” Bratty says. “Amazing images that you just wouldn’t find anywhere else. Not to mention some of the celebrities like (Montreal-born Hollywood star) Norma Shearer and (Belarusian-Canadian-American film producer) Louis B Mayer.”

Bratty, 48, says an art curator friend tipped him off that The New York Times was selling this unique archive of 25,000 photographs of Canadian news, events and personalities from the 20th century.

“He knew what buttons to push to get me to bring this back to Canada because I’m a Canadian patriot through and through,” he recalls. “None of our Canadian media organizations were interested in buying it and I thought that was a shame. With the NYT being the bastion of journalism over the last 100 years, that archive belongs in Canada for all Canadians to see.”

Bratty won’t divulge what he paid for the collection except to say it was “a lot of money.” But he figures it’s worth “millions.” “Although I don’t think you can put a price on these fabulous, historical images,” he says.

“A lot of people wanted it,” he says. “The National Gallery of Canada wanted it. But they weren’t going to display it. Ryerson wanted it to educate students in the history of Canada.”

Approximately 200 of the photos will also be displayed in an exhibition, The Faraway Nearby, Photographs of Canada from The New York Times Photo Archive Sept. 13 - Dec. 10, 2017.

“It’s an entire century of Canadian history,” says Denise Birkhofer, one of the curators of the exhibition. “You can research almost any subject in Canadian history through this archive, any politician during that period from about World War I. There’s a lot of great imagery of Canada’s participation in both of the World Wars.”

There are also the expected photos of American presidents shaking hands with Canadian prime ministers; shots of the Quebec Winter Carnival; Mounties and Canada’s breathtaking scenery; First Nations and Canadians who made it big in the United States, such as “America’s Sweetheart” Mary Pickford.

But the most common thread weaving through 25,000 photographs?

“I think the NYT felt hockey equals Canada,” says co-curator Gerald McMaster, “so there’s a voluminous number of photos about hockey regardless of whether it was played in Canada or the U.S..”

Each curator studied the photos with a unique perspective

As with the many images of royalty, “the U.S. is fascinated by that because that’s something it doesn’t have,” Birkhofer says.

Both curators looked at every single photo from different viewpoints. Birkhofer is American and a curator at Ryerson Image Centre, while McMaster is an Indigenous Canadian, curator and artist at the Ontario College of Art and Design in Toronto.

“In the end, we were always interested in the same images but for different reasons which I thought was fascinating,” Birkhofer says. “I am a photo and art historian interested in images that grab me and have interesting compositions. Gerald was looking at images and saying, ‘Oh I remember this event, I remember this story.’”

“That was an interesting relationship,” McMaster says. “Identity is always constructed by the other so we can say we’re this or that but how do Americans see us? How does the other give us an identity? I as an insider have a view. But how does someone on the outside, like The New York Times or Denise, have a view?

It is probably inevitable that some of the articles and photos focus on Canadians as “quaint, rustic people.”

“One of my favourite articles is a little focus piece about these lumberjacks in Quebec and what their life is like,” Birkhofer says. “But there are also a lot of other stories about things like immigration and draft evaders during the war in Vietnam.”

And for all that the task of sifting through 25,000 photos to develop an exhibition and a hardcover book was daunting, McMaster says it was also fun.

"The New York Times is the newspaper of record,” he says. “It is the most important newspaper certainly in North America, possibly the world. We often complain that the world doesn’t see us or that the Americans don’t look at us. But over the years they have and to me that is the takeaway.”

Besides, he notes, “where else are you going to see Prince Philip wearing blue jeans and a neckerchief? And square dancing.”