Thousands of human-wildlife conflicts reported across B.C. in 2017 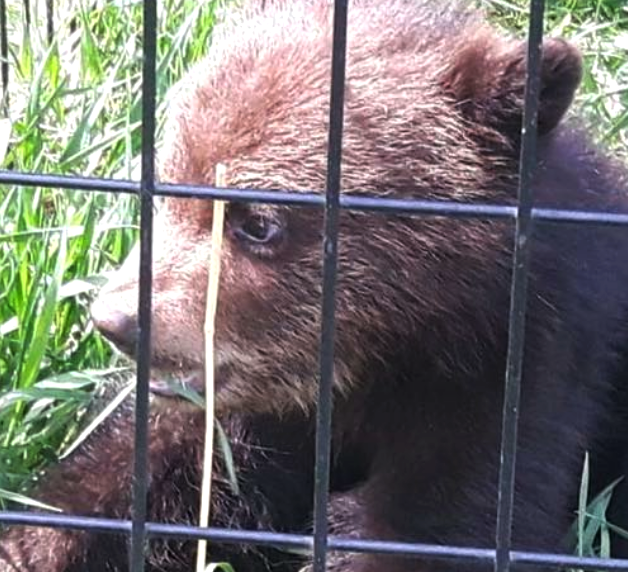 A nearby wildlife shelter had volunteered to take this black bear cub when it was euthanized by a conservation officer near Dawson Creek, B.C. on Fri. May 6, 2016. File photo by Tiana Jackson
Previous story

British Columbians love nature, but that draw to be in the wilderness is part of the reason the province has seen thousands of conflicts between humans and wild animals this year, a wildlife expert says.

Many B.C. communities have wilderness at their doorstep and that mixture can create problems, said Adam Ford, a biology professor at the University of B.C. Okanagan.

"We don't expect to see a lot of bear conflicts in downtown Vancouver, because that's a lot of country for a bear to get across, but it's on the edges that we see these problems," Ford said.

People also want to get up close and personal with wildlife, which can be dangerous for both humans and animals, he added.

One place the problem has grown is the Pacific Rim National Park Reserve on the West Coast of Vancouver Island.

Some of the conflicts are because people are really excited to have this magical experience with a wolf on Long Beach, Ford said.

"And they do things they're not supposed to, like 'Here's some food, wolf' and then wolves become conditioned. They get used to people and handouts and that's where things go wrong."

Chris Doyle, deputy chief with the B.C. Conservation Officers Service, said there have been more than 20,000 reports of human-wildlife conflicts so far this year, ranging from cougar sightings to bear attacks.

More than 14,000 of the complaints were about black bears, while another 1,500 involved cougars and 430 were about grizzly bears, Doyle said.

Nearly 500 bears have been destroyed after encounters with humans, including 469 black bears and 27 grizzlies, said Mike Badry, wildlife conflict manager with ministry of environment.

Another seven grizzlies were moved, nine were "hazed" to deter them from interacting with humans, and one cub was sent to a rehabilitation facility.

Those numbers are "disturbing," Ford said.

"This is a very large-scale problem, when you're thinking of that many conflicts over the entire province of B.C. That's not one little isolated incident of someone leaving garbage out."

In August, the province said complaints about bears in communities skyrocketed, nearly doubling the figure from the same period last year.

Badry said the numbers have levelled out since then and are now "pretty average" compared with previous years.

"The spring and early summer was a very busy year for bear conflicts, the highest we'd seen in quite some time. But fortunately, the late summer and fall has actually been relatively quiet," he said.

An abundance of natural food sources, such as berries and fish, across much of the province is likely the reason for the drop, he added.

But this time of year is rife for conflict between bears and humans, Badry said, because the animals are trying to fatten up before they begin hibernating for the winter — even if that means rummaging through trash cans.

"These bears are trying to put on weight for denning throughout the winter, so they are highly motivated to find food," Badry said.

There have been a number of violent encounters between people and wildlife this year, including a pair of recent attacks on hunters.

Doyle said in one case, a grizzly attacked a hunter near the B.C.-Yukon boundary, injuring the man's head and face.

He said the bear was shot and killed by the man's hunting partner, and officers found the animal was emaciated.

Last weekend, a Cranbrook resident was hunting elk in southeast B.C. when he and his son ran into a female bear and her cub.

Doyle said the hunter sustained minor injuries before the bear moved off. Officers determined the animal had attacked defensively trying to protect her cub and a food source, so officers did not try to capture the bear, he added.