By Lynaya Astephen | Opinion, Energy, Politics | October 11th 2017
#13 of 55 articles from the Special Report: Letters to the Editor 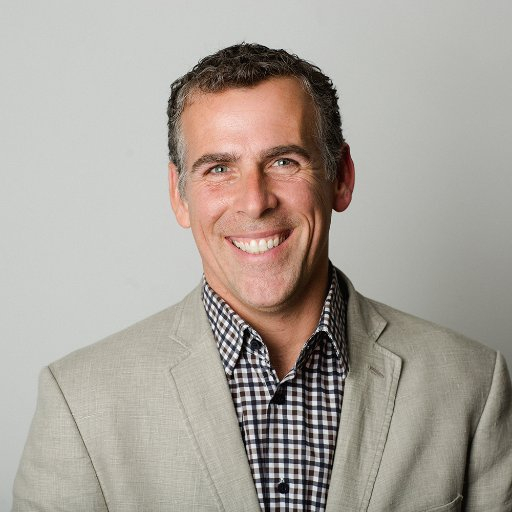 Saint John, N.B. Mayor Don Darling has called the cancelling of the Energy East pipeline a frustrating "economic blow" to his city. Photo from Twitter
Previous story
Next story

“Lynaya, I’m curious if you have eliminated products made from oil from your life and if you walk to work? This isn’t all or nothing”.

That’s my mayor, Don Darling, tweeting to me after I called him out on some things he said during last Sunday’s Cross Country Check Up when he talked about the cancelling of Energy East. He’s a little upset.

Lynaya I'm curious if you have eliminated products made from oil from your life and if you walk to work? This isn't all or nothing.

I live directly across the street from where TransCanada was going to build its export terminal in Saint John, N.B., in a small coastal community called Red Head.

There were going to be 22 tanks for 13.2 million barrels of diluted bitumen in a tank field. From there, oil would have been sent off to international markets via 281 supertankers through the Bay of Fundy, home to the endangered North Atlantic right whale.

I was and still am the spokesperson for a group of home owners who lived in Red Head, a peaceful ocean loving community on the east side of the city. We are called the Red Head Anthony’s Cove Preservation Association. We fought back for three years united in our desire to protect our piece of paradise.

We organized, held events, made connections across North America with others in the climate movement, and rallied in the streets. There were so many myths out there, and it was a constant fight against big oil’s propaganda machine. Even my previous mayor, Mel Norton was featured in a social media post by Canada Action.

Saint John is a beautiful city with plenty of history and we are now ready to catch up with the times.

How did I respond to Mayor Darling and what I consider to be a climate denier-/troll-like tweet to me?

I told him we have to fight in the world we have now to get to the world we want. I advised that when abolitionists were trying to end slavery they still wore cotton shirts made by slaves because they were in a transition period. We are in that transition period for fossil fuel energy now.

My mayor blocked me on Facebook and Twitter, but I feel hopeful and excited for the future. I don't dislike my mayor for how he’s treated me. It’s time to roll up our sleeves and work together.

Why am I so optimistic despite my mayor spending time being upset about an ill-conceived project like Energy East?

There’s so much opportunity coming with the low-carbon economy and New Brunswick has barely delved into it yet. According to Green Economy Network’s website, if we invest just 5% of the federal budget in renewable energy, energy efficiency and public transportation. Over five years Canada could create one million new jobs while reducing our annual greenhouse gas emissions by 25-35 per cent.

In California, climate policies added $48 billion for their state’s economy. Now New Brunswick is much smaller than California but there’s other examples as well. The International Energy Agency released a report showing that worldwide solar capacity grew 50 per cent in 2016. This is faster than other fuel sources. European countries like Sweden have become low carbon superstars. They intend to become the world’s first fossil fuel free nation. In 1995, Sweden became one of the first countries to initiate a carbon tax.

There is also Alberta’s Climate Leadership Plan which says that 30 per cent of their electricity will come from renewable sources such as wind, hydro and solar by 2030. Vancouver calls their plan the Greenest City Action Plan. Their action plan is divided into 10 goal areas: climate and renewables, green buildings, green transportation, zero waste, access to nature, clean water, local food, clean air, green economy and lighter footprint. These 10 goals address three areas of focus: zero carbon, zero waste and healthy ecosystems. In Ottawa, they have their first zero-waste grocery store.

There are so many other examples of job creation around the world. There’s so much room for innovation and growth.

Saint John and most of New Brunswick have barely touched goals like these. Saint John is the same city where the oil trains in the Lac-Mégantic, Que. tragedy were supposed to end up. We also have the country’s largest oil refinery in our city. Does this mean we can’t be a low-carbon city? It’s obviously not without challenges, I guess. In the '90s, we lost the access to Via Rail train service to oil trains. (No, it’s not pipeline versus rail, as industry wanted to build both.)

However, the New Brunswick government did tour the province with a committee on climate change in 2016. Their final report from that committee says to be bold. It says responding to climate change will require a number of simultaneous actions, some of which will be unprecedented in scale and scope.

It also recommends incorporating climate change considerations in all decision making, and urges us to recognize New Brunswick’s unique circumstances and opportunities.

Saint John is one of the largest cities in New Brunswick. It is on the coast, and it is affected by sea level rise, yet the city failed to present to this committee. But many others, including myself, did present on the areas of challenge and areas of opportunities when it comes to climate change.

Being on the Bay of Fundy does give us unique opportunities. We have energy to harness with wind and with the world’s highest tides. I’d love to have high speed rail or even hybrid or electric buses for public transportation.

Saint John can be a green energy hub for the Maritimes if only we would embrace it. We need to believe it’s possible, to roll up our sleeves and do it! Together we will do it with ordinary citizens, social justice groups, unions, businesses, and trades workers.

Make Saint John a test city for the Maritimes on how to be a low-carbon city.

Mayor Don Darling, I believe you can achieve this. I believe the future is hopeful and I am feeling incredibly optimistic about how you can help move Canada’s first incorporated city to a low carbon society. Let’s be bold and mobilize so, like the rising seas, others won’t rise before us and we lose our opportunity to get ahead of the game. For time is ticking.

Lynaya Astephen has been the spokesperson for the Red Head Anthony's Cove Preservation Association in Saint John, N.B. since 2014. She represented a community organization opposed to Energy East being built in their neighborhood. She is also a member of the Council of Canadians Saint John chapter.