How Canada can step up its game on climate change

By Jacqueline Lee-Tam & Sadie DeCoste  | Opinion, Energy, Politics | November 21st 2017
#17 of 55 articles from the Special Report: Letters to the Editor 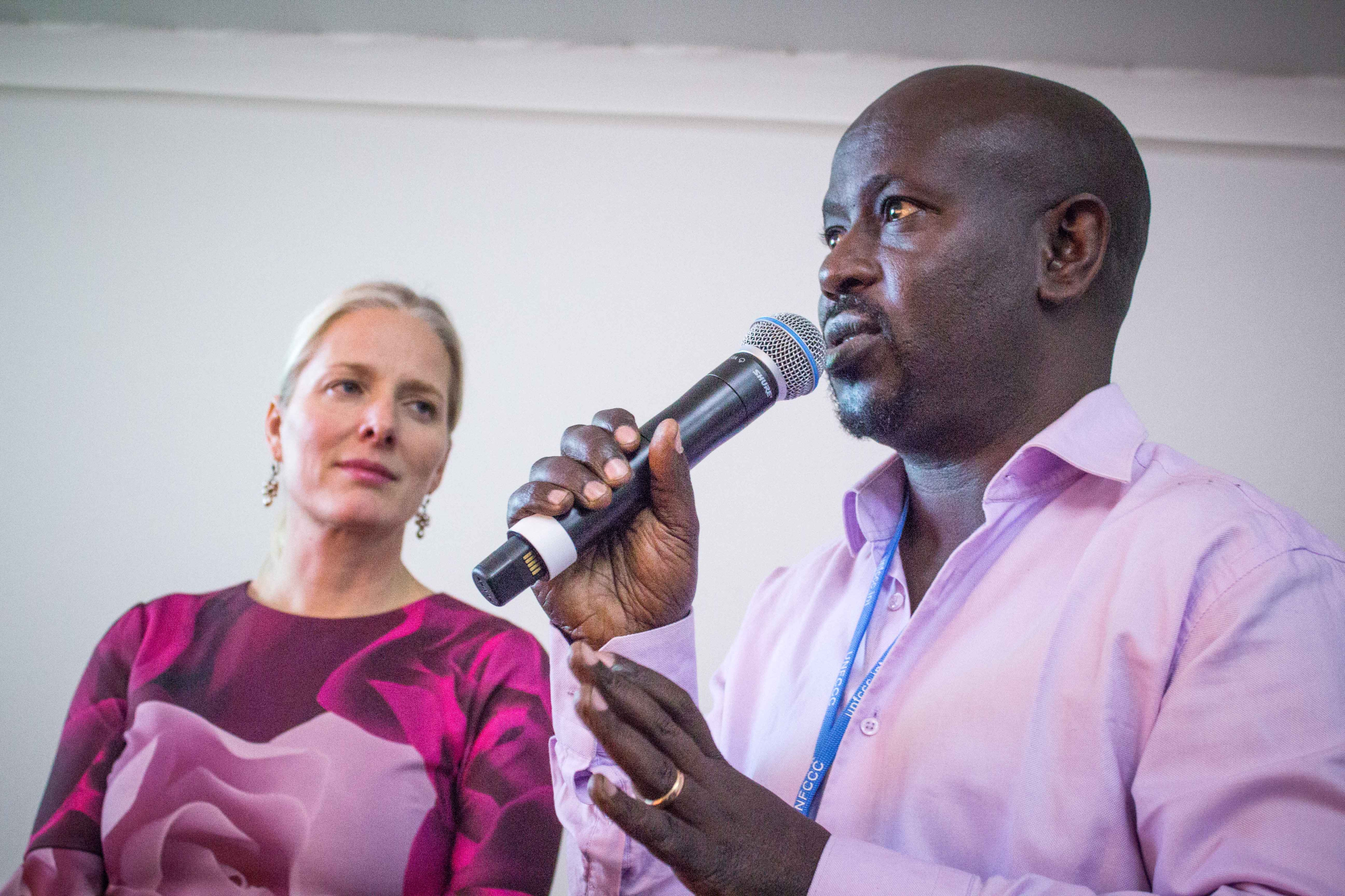 Environment Minister Catherine McKenna listens to Stanley Kimaren Riamit, from the Tebtebba foundation in Kenya, as she hosted an event in Germany on Nov. 15, 2017 to showcase Indigenous leadership at the UN climate change talks. Photo by Mike De Souza
Previous story
Next story

Canada boasted about its leadership at the annual United Nations climate conference after spearheading the Canada-UK Powering Past Coal Alliance. The alliance includes more than 25 countries and sub-national governments pledging to phase out coal by 2030.

But just how proud does the Canadian government actually deserve to be of its climate leadership?

This is a question that we, as youth delegates to the conference hosted by the Fiji presidency in Bonn, Germany, were asking.

The Paris Agreement and where Canada fits in

In October 2016, Canada ratified the Paris Agreement, an unprecedented consensus achieved among 197 countries. The accord aims to limit the rise in average global temperatures to a maximum of 2 degree Celsius above pre-industrial levels, while striving to stay closer to 1.5.

In order to ratify, each country needs pledge a ‘Nationally Determined Contribution’ to reaching the overarching goal of reducing carbon emissions to slow global warming to within the targets.

The Emissions Gap Report released this fall by UN Environment found that the world’s pledged commitments so far cover only a third of what is necessary to stay below the 2°C temperature increase deemed safe for humanity.

As for Canada, its pledge calls for a 30 per cent reduction of greenhouse gas emissions from 2005 levels by 2030, and outlines how Canada will get there. It commits $2.65 billion over five years for climate financing.

How ambitious is Canada’s pledge?

In short, this simply is not ambitious enough.

What’s more, the Canadian Commissioner of the Environment and Sustainable Development recently released a report concluding that “Environment and Climate Change Canada... did not make progress toward meeting Canada’s commitments to reduce greenhouse gas emissions.”

This report reflects on the backtracking climate policy of the former Harper government, sending a clear message to the current Trudeau government to act swiftly, coherently, and with utmost ambition to meet its commitments.

Canada’s pledge includes a reduction of a whopping 44 megatonnes of carbon that sit outside existing plans through regulations and the Pan-Canadian Framework on Clean Growth and Climate Change. As of yet, there is no concrete plan for how Canada will bridge the gap to our existing target, let alone improve the target.

On top of this, Canada’s climate change strategy — as well as the Paris agreement itself — says nothing explicit about reducing the production of fossil fuels like oil and gas. In 2016, Canada was the world’s fifth largest producer of oil.

By avoiding this elephant in the room, Canada is ignoring the reality that it does not make sense to expand the production of oil if we are going to phase out fossil fuels by 2050 — a necessary action to meet the goals of the Paris Agreement. Canada’s continued support of projects like the Keystone XL and TransMountain pipeline expansion also contradicts its commitment to respect the rights of Indigenous communities.

The gap between Canada’s international and domestic climate presence

Though its targets on domestic climate action reflect insufficient climate ambition, Canada showed some leadership in advancing negotiations here at COP 23. The discrepancy between Canada’s climate actions in the domestic and international spheres makes it challenging to clearly gauge Canada’s progress.

Environment Minister Catherine McKenna is working hard to make progress on gender and Indigenous issues. But the reality remains: at the end of the day, Canada will still emit much more carbon than is safe.

Canada has relied on fossil fuels and resources from unsurrendered Indigenous land in its development as a wealthy nation. As such, Canada has a historical and continued obligation to make serious commitments to preventing catastrophic climate change, while also contributing substantial financial resources to the countries whose citizens will suffer most from the increasing frequency and severity of extreme weather events.

Youth understand this moral imperative deeply, because we will have to bear the brunt of climate change’s negative impacts.

So, in order for Canada to become the climate leader it claims to be, we have a few suggestions. Canada should:

An opportunity for climate leadership

Given the White House’s step back from the sphere of climate action, there is an opportunity for Canada to step up as a climate leader. Canada has has already taken initiative to spearhead the Powering Past Coal Alliance and create multilateral partnerships with countries, provinces, states, cities, and non-state actors. But true climate leadership goes beyond political signals and ambitious talk; Canada must show its commitment to climate justice through tangible plans to reduce emissions drastically at home. The lives of the world’s most vulnerable, and our future as youth, depend on it.

The export of US Coal through

The export of US Coal through Greater Vancouver Ports needs to be stopped. This was mostly approved as a Gift from Christy to her buddy [and heavy donor] Jim Pattison. None of this is in the Public's good. The main reason the coal is passing through Vancouver is because no American West Coast State would provide the permitting required.

This article focused on the

This article focused on the need for greater ambition, rightly so. Canada, and particularly its PM, is great with flowery and high sounding promises, but weak with meaningful action--so far. This article, by YOUNG persons, gives a cogent, well thought out statement of what should be done. Canada could be great and a leader, but not with the game Trudeau is playing. You cannot satisfy the oil and gas industry by expanding gas and oil infrastructure and development, and at the same time make progress on reducing emissions. I suggest Trudeau and his close advisors do some serious study of where the world stands at this time. We are in a battle with the oil and gas and coal oligarchs to see whether they and global warming will win and the world will collapse, or if we can stem the supply of fossil fuels fast enough to pull the curve down to 2C or better yet 1.5C. The youth are fighting for their right to a physico-chemically stable planet, with a high diversity of species and well-functioning eosystems, and sustainable and just human societies.

What a great piece! Thank-you

What a great piece! Thank-you for writing it, and all power to the young.