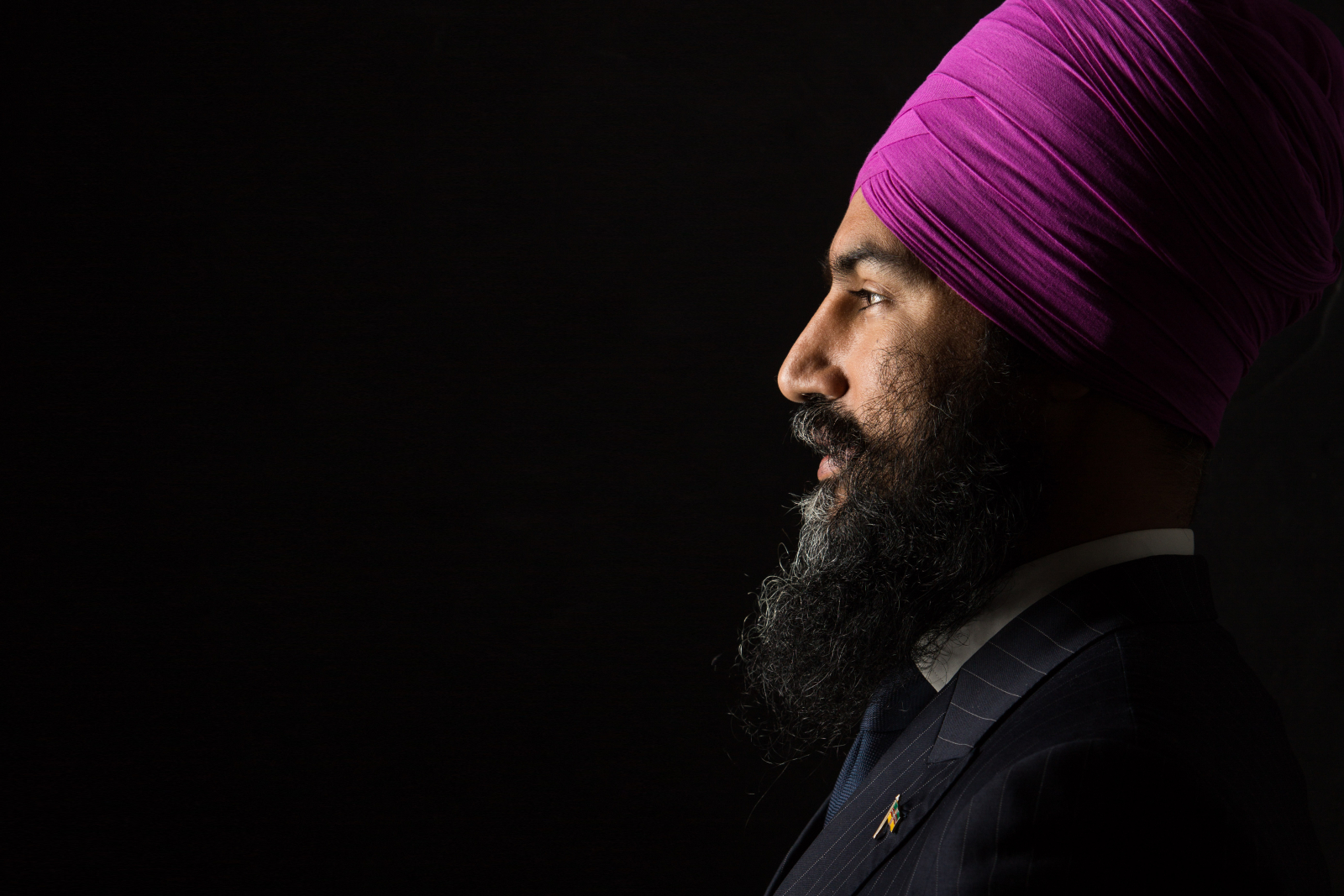 NDP Leader Jagmeet Singh slammed the Trudeau government on Wednesday for its "betrayal of the people of British Columbia" in order to support a large corporation, Texas-based multinational energy company Kinder Morgan.

Singh made the comments following his party's weekly caucus on Parliament Hill. The NDP leader was responding to news that Natural Resources Minister Jim Carr had introduced a proposal to resolve conflicts over permits that the company needs to begin construction of its Trans Mountain pipeline expansion project that links Alberta's oilsands producers to the west coast of B.C.

Carr says the government has written to the National Energy Board, endorsing the creation of a panel that would address conflicts over municipal or provincial permits. His statement came less than a week after Alberta NDP Premier Rachel Notley urged Prime Minister Justin Trudeau's Liberals to "step up" and support the company, which says it's facing delays because the City of Burnaby is taking too long to approve its municipal construction permits.

Trudeau had promised during the 2015 election campaign to introduce a brand new environmental review process to assess the Kinder Morgan project. But once elected, the prime minister approved the pipeline last November based on an assessment by the National Energy Board (NEB) under controversial rules adopted by the former Harper government. Singh said that Carr's new proposal was a second "betrayal" of the west coast province.

"They’re supporting the rights of a corporation to override the decision making of an elected body, the municipality of Burnaby," Singh told reporters. "That to me is a massive concern. That is something that is very troubling and it’s the second major betrayal of the people of British Columbia."

The back-and-forth between Liberals and New Democrats coincided with the start of a hearing by the NEB to review Kinder Morgan's allegations against Burnaby.

Kinder Morgan has appealed to the board, arguing Burnaby in Metro Vancouver is wrongly withholding construction permits for Trans Mountain after it has been approved by the federal government.

British Columbia's NDP government has also promised to do everything in its power to stop the expansion. B.C. Environment Minister George Heyman has urged the Trudeau government to crack down on what he described as Kinder Morgan's "reprehensible behaviour". The provincial minister said in a recent interview that federal officials should pay more attention to allegations the energy giant broke the rules in recent efforts to begin construction, without the required approvals.

Trudeau's approval of the $7.4-billion project last year, required Kinder Morgan to meet 157 conditions in order to proceed with the pipeline. But Trans Mountain has faced opposition and legal challenges from local communities, environmentalists and First Nations.

The pipeline goes from an Edmonton area tank farm to a port in Burnaby.

Carr said he supports the establishment of a standing panel to determine Kinder Morgan's compliance with project conditions placed on Trans Mountain.

"The government has taken an important step to ensure that when a natural resource project is approved, it proceeds in a timely fashion and continues to generate economic benefits for all Canadians," he said in a statement.

"The government is supportive of establishing a process that would assist in resolving any conflicts over the issuance of municipal or provincial permits and avoid unnecessary delays to project construction or regulatory compliance."

Prior to Notley's appeal for the Trudeau Liberals to intervene, Carr had previously said through a spokesman that the federal government wouldn't intervene in the case because it had confidence in the NEB.

The city has said it is applying its regulatory process on the project in good faith.

Kinder Morgan has asked the energy board for an order allowing work to begin without permits from Burnaby, and has also applied for an "expedited determination" to resolve similar problems in future.

The expansion would more than triple the pipeline's daily capacity to 890,000 barrels and increase the number of oil tankers moving through the Georgia Strait.

Kinder Morgan officials have said delays in the project have the potential to cost millions of dollars and push the expansion nine months behind schedule.

Thank you Jagmeet Singh for

Thank you Jagmeet Singh for standing up for the public interest, rather than American Big Oil's as spineless Carr, Trudeau and Notley are doing.

By the way Kinder Morgan, how's progress going on the 157 conditions that must be done BEFORE construction begins?
Perhaps the NEB should be posting live updates on list accomplishments.

There's obviously climate denialism in many of us, if we think 40 years of pumping bitumen through our Pacific Northwest is going to bring Canadians prosperity. And one denial often leads to another, and yet another.

Until we not only ignore Global Warming, we ignore Big Oil's record of regulatory non-compliance, and failed clean up, we ignore the role of temporary foreign workers in cutting costs, we ignore large scale tax paid for subsidies to keep the expensive wheels running and shareholders off shore happy, we ignore the loss of signature species, like woodland cariboo and the Pacific killer whale population, we ignore the science that tells us what the real risks are of continuing on the fossil fool trajectory.

And of course, we ignore real aboriginal rights in favour of pretty speeches saying sorry for last centuries boondoggles. We have to have eonomic growth, economic prosperity, mega earth moving projects...so everywhere, the citizens of sacrifice zones have to suck on up for the team. We ignore however, who that team actually is. It's not the Canadian people.

We're crazy. But Jagmeet Singh seems to be unaffected by the virus. At least, so far.

Right on, Jagmeet! If we

Right on, Jagmeet! If we are to have a sustainable planet we need to stop burning fossil fuels. The tar sands produce among the worst fuels from a global warming perspective. If these guys (graduates of the Enron school of larceny) get their way, the pipeline will be a fait acompli and we won't be able to shut it down for decades. By then, it will probably be too late. Are we nuts?

If the Prime Minister had

If the Prime Minister had read the report of his Ministerial Panel he would not have approved the pipeline.

"Either the pipelines aren’t needed, or we have a climate disaster,"
Adam Scott is Oil Change International's senior advisor
https://www.nationalobserver.com/2017/11/24/news/are-kinder-morgan-and-k... accessed Nov 27, 2017

If the Prime Minister had

If the Prime Minister had read the report of his Ministerial Panel he would not have approved the pipeline.

"Either the pipelines aren’t needed, or we have a climate disaster,"
Adam Scott is Oil Change International's senior advisor
https://www.nationalobserver.com/2017/11/24/news/are-kinder-morgan-and-k... accessed Nov 27, 2017

Alberta will not pay for the

Alberta will not pay for the damage caused buy oil spill off the BC. coast